Shoring up the music service's free tier not only beefs up the pipeline for premium users, but makes it a stronger choice in developing economies and keeps it a step ahead of Apple Music in mature economies.
Written by Ross Rubin on May 1, 2018 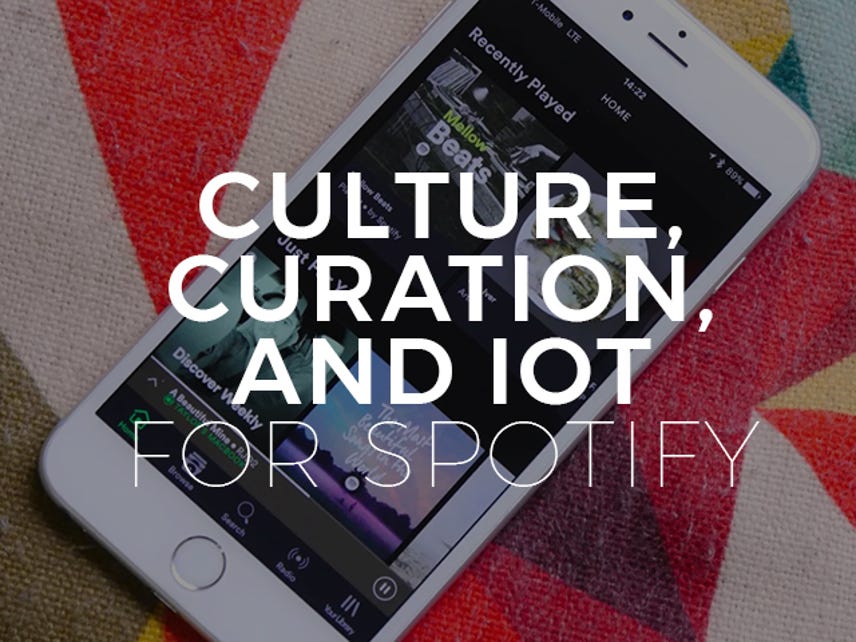 Video: Spotify explains how it uses machine learning and humans for curation

Even with the backing of major labels it enjoys, Spotify is no stranger to skepticism.

When the service launched, many thought that it would struggle to attract an audience in the wake of widespread piracy, Apple's dominance of song sales, and a poor track record of streaming music services including Rhapsody and Zune Pass.

But at the New York City launch of its revamped app and enhanced free service last week, Spotify spoke about how it had defied critics as a backdrop to an expansion of its free service. Still comfortably ahead of Apple, which has been pushing Apple Music hard as a competitor, Spotify continued with enhancements to its free service, which once wasn't available on mobile devices at all and had been limited to shuffled playlists. Now, though, the company is making available up to 40 hours of on-demand music from 15 playlists per week.

The company noted that the key to making a good free service is not to punish users who don't pony up for the paid service even if there runs an increasing risk of cannibalization. (It's hard to argue that it was not punishing free users when it didn't allow mobile access, but perhaps its thinking has evolved.)

Its pitch to artists and labels is that music fans matter even if they can't afford a subscription, at least when they are in the younger age ranges that over-index on the company's free service. Spotify can monetize these users now through advertising -- advertising that can be made more precise, as these users use Spotify more. Free users will use Spotify more if they have more control and are provided with better recommendations. Keeping them engaged with Spotify holds out the possibility that, as the years pass, a greater percentage of them will opt to subscribe.

But there are even more strategic reasons for Spotify to loosen the reigns on its catalogue. It remains ahead, and is poised to remain ahead, of Apple Music, which offers only radio in its free tier. And, as a free service, Spotify has followed the lead of Facebook and Google, which have undertaken efforts to make their products more responsive in regions that lack access to fast wireless networks. It claims its data-saver feature will reduce the amount of data consumed by up to 75 percent using caching and other techniques.

Spotify has long faced a tough business proposition with its label partners allowing it the slimmest of margins on which to survive. But the company defends its opportunity as being at least as large as that of social media. And as Facebook CEO Mark Zuckerberg testified, the key to amassing as large an audience as possible for that business is with an ad-supported free product. Spotify got on the map with its free on-demand song access on the desktop. It's now simply recreating the excitement around that on mobile.

https://www.cnet.com/news/spotify-mobile-app-free-listening-update/Until now, on-demand listening on a mobile device had been reserved for paying members.

6 things to know about the new free Spotify

Amazon
Tesla's Cybertruck will be more expensive than expected. Elon Musk explains why.