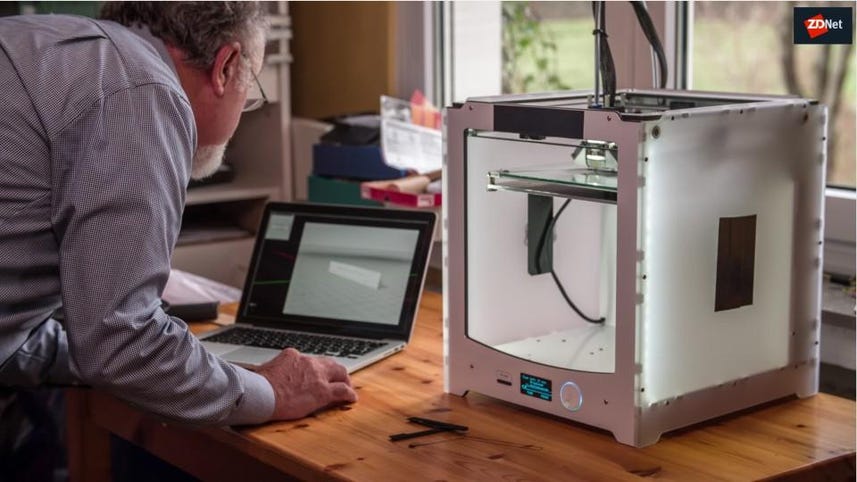 MakerBot, a 3D printer maker owned by Stratasys, rolled out the Method X, a manufacturing workstation that utilizes its parent's materials and industrial printing expertise.

Desktop 3D printers have struggled with real ABS material as well as heat and engineers have to develop workarounds to avoid cracking and warping. Method X is designed to reduce shrinkage rates and produce parts that are durable.

MakerBot said that Method X is the only 3D printer in its price class that uses SR-30 material.

For Stratasys, MakerBot could become a key brand for growth since it targets downstream markets that may ultimately expand to more industrial printers. MakerBot has had its share of turmoil, but if it could generate any sales momentum it could give its parent, which is primarily focused on the industrial market, a boost.

As for the parent of MakerBot, Stratasys reported second quarter net income of $1.2 million, or 2 cents a share, on revenue of $163.2 million, down from $170.2 million a year ago.

The company said performance in the Americas was strong, but interim CEO Elan Jaglom said that there's a slowdown in capital spending in Europe. Stratasys projected 2019 revenue of $670 million to $700 million with non-GAAP net income of 55 cents a share to 70 cents a share.

Should MakerBot gain any momentum it could provide some insulation for Stratasys, which is tethered to macro economic gyrations with its big industrial customers.