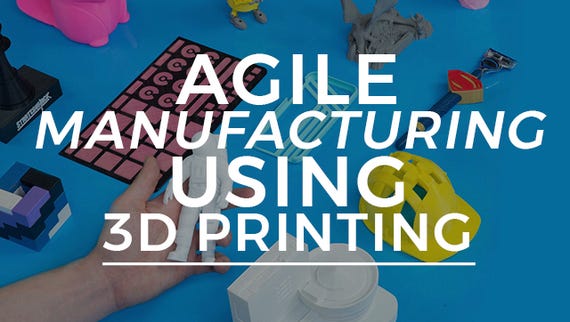 Beleaguered 3D printing firm MakerBot is attempting to put to rest the string of upsets and bad news that has plagued them for the past few years.

From a rocky transition as paragon of the open source movement to a closed source vendor, from a proud-to-produce-in-America production line to offshore manufacturing, the company has lived through a major acquisition, management shake-ups (it went through four CEOs in four years), a class action lawsuit (now dismissed), and mixed reviews of its fifth-generation Replicator+ 3D printers. Today, though, the company hopes all that is in the past.

Also: Here's how 3D printing makes the robots that make everything else

This is a story of both a company and a market in transition. MakerBot was early to the desktop 3D printing world, providing a product supported by an open source community and designed for enthusiasts and hobbyists. It did all its manufacturing in New York City, and had a strong and involved fan base.

Unfortunately, the enthusiasm of its customers didn't translate into a fully viable business model, and the company struggled. In 2013, MakerBot was bought by Stratasys, a major 3D printing company that serves industrial and large-scale manufacturing customers. MakerBot remained a separate subsidiary and continued the MakerBot brand -- but not the MakerBot open source philosophy.

When the company introduced its fifth-generation Replicator product in 2015, it also introduced a new, replaceable, closed source extruder (the part of a 3D printer that melts and delivers the plastic layers) that was sealed -- and problematic enough to foster a class-action lawsuit.

Also: What manufacturers don't want you to know: The truth about 3D printer maximum print areas

Even so, when MakerBot sent me a fifth-generation Replicator as my first 3D printer, I was convinced I was touching the future. Despite the challenges I had getting to know the machine, I found the printer (and 3D printing) to be mind blowing.

In 2015, the desktop 3D printer market had two tiers: Build-it yourself kits and parts, and pre-built higher-end printers. MakerBot, LulzBot, and Ultimaker operated at the higher end, with prices ranging from over a $1,000 to close to $5,000 dollars.

Within a year, the market changed. Lower-cost, off-shore vendors entered the market, introducing a wide range of sub-$1000 printers, with many printers available for as little as $200. Cable and components giant Monoprice even introduced the MP Select Mini for $199. The v2 version is now $179.

That same year, in 2016, MakerBot introduced the Replicator+. This printer was intended to overcome the objections and reliability issues of the fifth-generation Replicator. It introduced slight upgrades to the frame of the printer and the extruder, adding a bit more automation, like automatic bed leveling.

Unfortunately, the Replicator+ was introduced before its software was fully baked. When it shipped, the new MakerBot Print application allowed almost no print settings to be modified. This caused numerous issues. In my testing, for example, I found it impossible to separate the rafts (the supporting plastic that helps hold the print to the print surface) from the resulting model.

It took about six months for the company to provide updated software that did, in fact, considerably improve the reliability and usefulness of the printer.

About the same time that the Replicator+ hit the market, MakerBot announced a new focus: Education and business customers. It was, at least based on its business plan, no longer focused on hobbyists and enthusiasts.

This was, in fact, smart. By 2017, 3D printers like the Creality CR-10 and the Original Prusa I3 were available, offering features like heated beds, multi-material capability, and built-in computer control, which met and exceeded some of the capabilities of the far more expensive MakerBot device.

This brings us pretty much up to date on the desktop 3D printer market. There are a ton (too many to name) of lower-cost 3D printers available. Some are from recognized brands, and others ship straight from a factory in China. Hobbyists and enthusiasts can buy low-cost printers, swap parts, customize their machines, and essentially tune their printers like car enthusiasts customize their cars.

There really is no way for a manufacturer like MakerBot -- which offers their own special software and deep support services -- to thrive in the hobbyist market. MakerBot's line, up until now, can't compete, feature-by-feature, with the cheaper products available online everywhere.

That brings us to the new announcement of the MakerBot Method, the company's all-new printer designed for small businesses and departments. The Method will enter the market at $6,499, a price considerably higher than the $2,500 price of their previous mainstream machine, the Replicator+.

But MakerBot has a Method, and it's not madness.

If MakerBot can really control the heat profile at different layer levels, this could be a big deal.

Oddly enough, the Method does not offer a heated build plate. A heated bed is generally helpful because it allows the filament to adhere to the plate better during printing. Instead, the Method has a specially designed circulating heated chamber, which the company says provides "full active heat immersion during the entire duration of the print."

If MakerBot can really control the heat profile at different layer levels, this could be a big deal. We'll only know once we get a chance to test it.

One thing I discovered shortly into my initial use of 3D printers is that sawdust (and other forms of dust and moisture) can ruin a 3D print. Most 3D printers hold the rolls of filament being extruded in simple rollers, exposed to the room. The MakerBot fifth-generation Replicator+ stored the filament inside of a slot in the machine, but the inner windings of the filament were still exposed to the room at large.

The Method changes all this up. It has two drawers that not only seal but also have humidity monitoring sensors that can alert designers to changes in material composition. This is critical, because dissolvable PVA filament is, essentially, dried Elmer's Glue. As soon as it gets moist, it stops extruding properly and clogs up the system.

I've used other 3D printers that support PVA, but none with sealed material bays. This feature, too, will prove interesting to test. It may well provide the level of precision 3D printing that MakerBot says it does.

Like the Ultimaker 3 and S5 printers, MakerBot now offers filament spools with RFID tags. This allows the slicing software to know exactly what filament is loaded, and to pre-load exactly the right settings for the filament. Unfortunately, branded filament, especially with the RFID-enabled filament identifiers, tends to cost considerably more per kilogram than aftermarket print spools (as much as four times more per spool).

On the other hand, the time saved by not having to futz with filament settings, run test blocks, and waste hours or days in failed prints can definitely make up for the increased cost in filament, especially for businesses on a deadline.

Is the Method ready for Prime Time?

A few days ago, I had the opportunity to speak with MakerBot CEO Nadav Goshen, engineering VP Dave Veisz, and a whole bunch of marketing folks. A big thrust of our discussion was the premise that this MakerBot is different from the MakerBot of previous generations.

This is a MakerBot dedicated to reliability and performance, said Nadav and Veisz, and the Method reflects all the improvements in process and technology, along with lessons learned in previous years.

I hope so. I had high hopes for the Replicator+ when it was released. Unfortunately, even though MakerBot had put thousands of hours into extruder testing, it didn't initially live up to its promise. Once I got my hands on it, I was forced to report that the machine might be pretty slick -- once the software is finished. But, as time went on and the software was improved, the machine began to meet the expectations that had been set by the company.

Clearly, the company has put an amazing amount of effort and attention to detail into constructing the Method, which on paper is a nearly ideal solution for professional designers.

My big hope -- and this is a caution and warning to the MakerBot executive team -- is that it not rushes the Method to market. Finish the software. Test it, not only in-house, but with real production designers. Do not ship it until it can withstand early reviewers. Don't think, "Eh, we can fix it in a later update."

Unfortunately, through a series of missteps and bad luck, MakerBot has lost much of its considerable brand equity in recent years. If the Method launches and is a success, the company has every chance to rebuild that equity and grow it. But, if the company launches too early or relies on paying customers to be beta testers, that brand equity and accumulated goodwill may be gone forever.

I really like the folks at MakerBot, and I'm personally grateful to them for helping me get started with our 3D Printing Discovery Series here on ZDNet. I have the highest hopes for the Method. I just hope MakerBot takes a hint from the old Orson Welles ad from the 1970s, where he says, "Some things can't be rushed. We will sell no wine before its time."

So, to the fine folks at MakerBot, I have this to say: Please don't start selling the Method until it's time. It's a truly impressive-seeming machine. You deserve to have this one be a home run.

Battle of the MakerBots: The new Replicator+ versus the 5th Generation

The MakerBot Replicator has replicated. We take an in-depth look at the brand new Replicator+.

MakerBot's SmartExtruder+ is expected to increase reliability of the company's "hot end." Our early testing shows it's a clear improvement over the previous plastic-layering component.

3D printing hands on: Getting started with my desktop MakerBot

In 3D printing, the world's not a stage -- it's a build tray. David Gewirtz walks you through the setup and first use of a desktop 3D printer, and dispels three myths that often hold people back from 3D printing.

We begin our DIY-IT discover series on 3D printing by unboxing our new 3D printer.