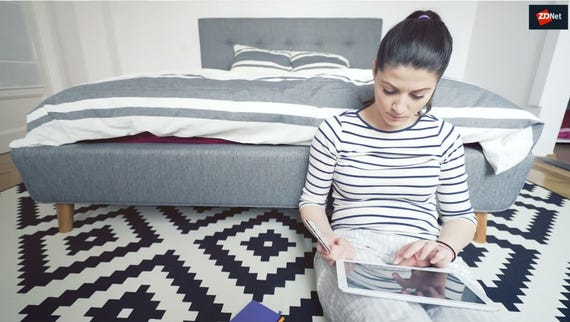 Video: Why these 4 startups could propel e-commerce in 2018

Quill stated that US states could only change sales taxes on companies with a physical presence in the state. Quill determined how state taxes worked with e-commerce from the web's first days. Now, under this new decision, even if a company doesn't have a store, warehouse, or office in a state, its internet sales to that state's residents can be taxed.

This changes everything about internet e-commerce. Billions in sales every year will now be taxed, which had been left untouched for over a generation.

Many retailers, such as Amazon, Apple, Walmart, and Target, were already collecting sales taxes even if they didn't have a brick-and-mortar retail space in a state. Others, including Wayfair, Overstock, and Newegg, didn't collect sales tax, and South Dakota has sued them for failing to collect its sales taxes.

More than 40 other states and Trump's administration asked SCOTUS to overturn Quill v. North Dakota. They argued that a decision in a case involving mail-order catalogs was obsolete in the modern e-commerce world.

Justice Anthony M. Kennedy, who wrote Thursday's majority decision, and five of the nine SCOTUS judges all agreed that Quill was obsolete and that it unfairly disadvantaged brick-and-mortar stores. Indeed, it was helping to kill them.

Kennedy wrote, "The rule produces an incentive to avoid physical presence in multiple States. Distortions caused by the desire of businesses to avoid tax collection mean that the market may currently lack storefronts, distribution points, and employment centers that otherwise would be efficient or desirable."

Besides, Kennedy continued, "A virtual showroom can show far more inventory, in far more detail, and with greater opportunities for consumer and seller interaction than might be possible for local stores." Most brick-and-mortar retailers are familiar with "customers" who come in with their smartphones to look at goods they have no intention of buying from the local business.

Chief Justice John G. Roberts Jr. disagreed in his dissent. He argued, "Any alteration to those rules with the potential to disrupt the development of such a critical segment of the economy should be undertaken by Congress. The court should not act on this important question of current economic policy, solely to expiate a mistake it made over 50 years ago."

At this point, we can only begin to speculate about the changes.

It seems clear, however, that this will be a boon to states seeking to increase their revenue and a benefit to the last-standing brick-and-mortar stores. On the down-side, it will prove a curse to consumers seeking the lowest possible prices, and a potential death sentence to small e-commerce businesses, which don't have the software tools needed to deal with 50 sets of new tax regulations. Software companies that can address these new tax issues will do well.

Read also: Etsy is raising seller fees to spend more on marketing | Amazon: The world's most innovative tech company | The retail renaissance: Brands use data and AI to win

In the short-term, ZDNet's sister publication, CBS News, reported Wayfair stock was down 2.5 percent in morning trading, while shares of online craft marketplace Etsy dropped more than 3 percent. Amazon nudged down half a percentage point.