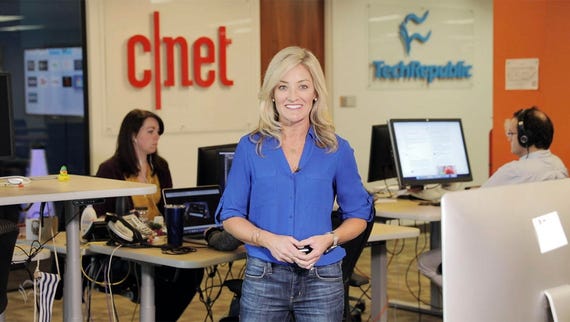 I'm Karen Roby with your TechRepublic and ZDNet news roundup.

Apple's Worldwide Developer's Conference dominating the news this week as some big announcements were made. A couple of the highlights include: A look at the new Mac Pro that is turning heads no doubt; the 5,000 Pro Display XDR with a dark mode; and an operating system for the iPad called iPadOS. Big enhancements to the Apple watch and iTunes were also covered.

Apple unveiled the next-generation macOS during the keynote. MacOS Catalina will hit this fall. But will your Mac run it, or has the time come to buy a new one? We've got some answers for you plus all the details and analysis from the developer's conference…. it's all on ZDNet and TechRepublic.

In other, non-Apple news, A Forge Rock report finds  personal identifiable information accounts for 97% of the breaches from 2018. More than 2.8 billion consumer data records were exposed...hitting an estimated total cost to companies of more than $654 billion.

In sticking with security, did you know that Employees are almost as dangerous to companies as hackers and cybercriminals? While your employees have the best of intentions, they often fall victim to phishing, malware, and social engineering. The startling news is revealed in a new report from ISACA.

Cornerstone is introducing us to Conversations, a team-based feedback tool. The company unveiled several new products on Tuesday that aim to bring more team-based features and mobile-friendly services to its portfolio. Natalie Gagliordi has all the details.

And finally, Prescriptive analytics is the final stage in the analytics evolutionary path and we have every angle covered in our special feature guide, cheat sheet, videos and more. If you're looking to learn more about applying prescriptive analytics, we've got what you need to get started.

Be sure to follow ZDNet and TechRepublic on social media.