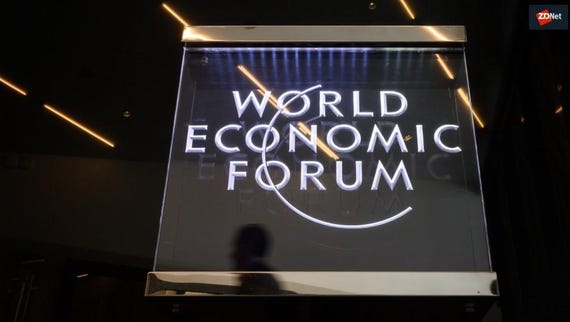 Emerging technologies like the Internet of Things, artificial intelligence and quantum computing have the potential to transform human lives, but could also bring unintended consequences in the form of making society more vulnerable to cyberattacks, the World Economic Forum (WEF) has warned.

Now in it's 15th year, the WEF Global Risks Report 2020 – produced in collaboration with insurance broking and risk management firm Marsh – details the biggest threats facing the world over the course of the next year and beyond.

Data breaches and cyberattacks featured in the top five most likely global risks in both 2018 and 2019, but while both still pose significant risks, they're now ranked at sixth and seventh respectively.

"I wouldn't underestimate the importance of technology risk, even though this year's report has a centre piece on climate," said John Drzik, chairman of Marsh & McLennan Insights.

But that isn't to say cybersecurity threats don't pose risks; cyberattacks and data breaches are still in the top ten and have the potential to cause big problems for individuals, businesses and society as a whole, with threats ranging from data breaches and ransomware to hackers tampering with industrial and cyber-physical systems.

"The digital nature of 4IR [fourth industrial revolution] technologies makes them intrinsically vulnerable to cyberattacks that can take a multitude of forms—from data theft and ransomware to the overtaking of systems with potentially large-scale harmful consequences," warns the report.

"Operational technologies are at increased risk because cyberattacks could cause more traditional, kinetic impacts as technology is being extended into the physical world, creating a cyber-physical system."

The report warns that, for many technology vendors, "security-by-design" is still a secondary concern compared with getting products out to the market.

Large numbers of Internet of Things product manufacturers have long had a reputation for putting selling the products ahead of ensuring they're secure – and the WEF warns that the IoT is "amplifying the potential cyberattack surface", as demonstrated by the rise in IoT-based attacks.

In many cases, IoT devices collect and share private data that's highly sensitive, like medical records, information about the insides of homes and workplaces, or data on day-to-day journeys.

Not only could this data be dangerous if it falls into the hands of cyber criminals if it isn't collected and stored appropriately, the WEF also warns about the potential of IoT data being abused by data brokers. In both cases, the report warns the misuse of this data could be to create physical and psychological harm.

Artificial intelligence is also detailed as a technology that could have benefits as well as causing problems, with the report describing AI as "the most impactful invention" and our "biggest existential threat". The WEF even goes so far as to claim we're still not able to comprehend AI's full potential or full risk.

The report notes that risks around issues such as generating disinformation and deepfakes are well known, but suggests that more investigation is needed into the risks AI poses in areas including brain-computer interfaces.

A warning is also issued about the unintended consequences of quantum computing, should it arrive at some point over the course of the next decade, as some suggest. While, like other innovations, it will bring benefits to society, it also creates a problem for encryption in its current state.

By dramatically reducing the time required to solve the mathematical problems that today's encryption relies on to potentially just seconds, it will render cybersecurity as we know it obsolete. That could have grave consequences for re-securing almost every aspect of 21st century life, the report warns – especially if cyber criminals or other malicious hackers gain access to quantum technology that they could use to commit attacks against personal data, critical infrastructure and power grids,

"These technologies are really reshaping industry, technology and society at large, but we don't have the protocols around these to make sure of a positive impact on society," said Mirek Dusek, deputy head of the centre for geopolitical and regional affairs at member of the executive committee at the World Economic Forum.

However, it isn't all doom and gloom; because despite the challenges offered when it comes to cyberattacks, the World Economic Forum notes that efforts to address the security challenges posed by new technologies is "maturing" – even if they're still sometimes fragmented.

"Numerous initiatives bring together businesses and governments to build trust, promote security in cyberspace, assess the impact of cyberattacks and assist victims," the report says.

Join Discussion for: The dark side of IoT, AI and quantum computing:...