The internet is ill, and it will get worse before it gets better

And there are plenty who would be very happy if it never recovered at all.
Written by Steve Ranger, Global News Director on April 28, 2019 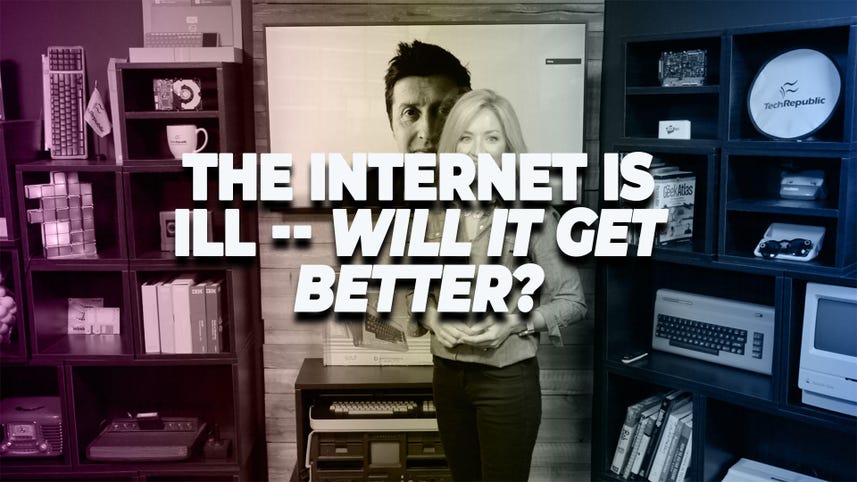 Is the internet as healthy as it used to be? It's a question which is being asked at lot at the moment, but to answer it, first we have to define what we mean by healthy.

Certainly it's a lot bigger than it has even been before, and the underlying infrastructure is stronger than ever; rich interactive experiences have replaced static pages of text, and thousands of other apps and innovations now flourish that we take for granted.

But there's also a sense that the internet is less healthy than it used to be; that the idealism of the early days has been replaced with cynical manipulation.

Open source browser maker Mozilla makes an annual attempt to measure the health of the internet from the perspective of individual users.

In this year's analysis it points to some positives; that the internet — and our relationship with it — is getting healthier.

There are also – some – small steps towards making sure that the use of artificial intelligence is responsible and broadly understood. Questions about the role and responsibility of 'big tech' are continuing to grow, too.

There is an increasing understanding that when we use apparently free internet services, whether that's search or email or social media, that we are entering into a bargain and we may not like the price, in terms of our own privacy, that we are being asked to pay.

Mozilla also points to some reasons to be less optimistic about the future. It notes that governments worldwide continue to restrict internet access in a multitude of ways, including 188 internet shutdowns around the world last year, plus internet slowdowns that make services all but impossible to use. It point to the increasingly heavy-handed use of biometrics and digital identities to monitor people and warns that AI is being used to "amplify injustice" when it discriminates against groups based on flawed data or false assumptions.

To me this shows that deciding whether the internet is healthy or not depends both on where you are and who you are. The most positive aspect maybe is that at least we now have an understanding of the symptoms, and maybe even a rough diagnosis, at least for the problems of the internet in the West. But as the business models of the largest companies are based on gathering as much personal information as possible, coming up with a viable fix may be very hard.

Some of the injury done to the internet -- to drive profit for big tech -- may have been accidental but increasingly there are signs of deliberate harm. The internet isn't just ill, it has been poisoned.

The trouble is there are too many governments and regimes that rely on censorship, pervasive surveillance, and the absence of privacy and see these as the benefits of new technology, not failures. They have already seized the opportunity to use technology to stifle dissent and to enforce their own particular world view. Tearing these tools from their hands – and stopping others from taking them up – will be a huge challenge.

The bigger problem may not be that the internet is unwell; the real risk is that not everyone wants to see it healthy again.