Developments originally intended for the video game industry are now having an impact on the cloud, AI, data science, and autonomous vehicles. It makes you wonder if Epic's Unreal Engine can move beyond games.
Written by Larry Dignan, Contributing Editor on March 24, 2019 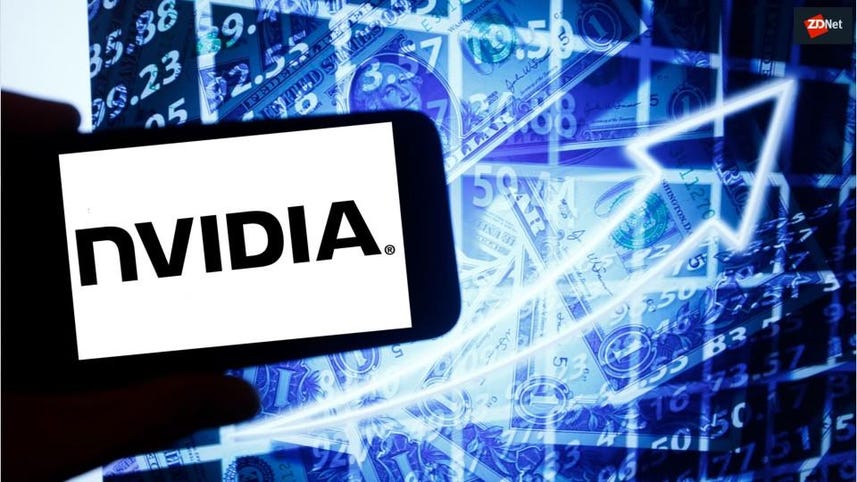 The infrastructure behind the video game industry is increasingly leading to new enterprise technology and business use cases to the point where you'll have to pay attention to both to connect the dots for the future.

In a week in which the Game Developers Forum (see all GameSpot coverage) and Nvidia's GPU Technology Conference (GTC) were happening at the same time, the overlap between the enterprise and gaming were hard to ignore. Nvidia and its graphics processors and subsequent ecosystem of developers focused on artificial intelligence. Machine learning and high-performance computing were a common thread between the two events.

Nvidia is a big driver behind this intersection of video games and the enterprise. CEO Jensen Huang outlined Nvidia's strategy during the company's analyst meeting. Huang's comments related to how Nvidia got into the data center game -- even more so since the company bought Mellanox. Let's look at Huang's approach:

An accelerated computing company enables specific use cases via architecture more than one generalized effort.

"There's only one computer architecture that can boil the ocean, and that's called the CPU. It's general purpose. That's its nature. That's its weakness, too. Its strength is that it can run everything. It's weakness is that it doesn't run anything super well . . . This accelerated computing architecture must have vertical domains to focus on, otherwise known as the counter of horizontal, vertical. And so we select verticals strategically -- strategically and methodically -- so that we can: One, make a contribution by the time that it's necessary. It's sufficiently large to be able to sustain the enormous investment that we put into it. But it's not so large as essentially a horizontal problem."

From an approach that worked for graphics and video games, Nvidia is leveraging its software, GPUs, and stack to:

"And the reason for that is this... Data science is the only high-performance computing problem we know where there's millions of people. Millions of people in different fields of science, healthcare, financial services -- they call them quants, insurance companies, retail, logistics, travel. You name it. Every single industry will benefit from data science."

Add it up, and you can't take Nvidia's technology on ray tracing, which will apply to video games primarily, and not think about how it applies to other specific use cases.

Jeffery Fisher, executive vice president Nvidia, told analysts that Nvidia has developed a server that's optimized for cloud gaming. "We'll sell a complete server. And on top of that, we will run our GeForce Now service, license to telcos, share revenue as this scales out. This gives us the opportunity to hit markets that we don't currently address. And it gives telcos the opportunity to bring in more value-added customers into their ecosystem," said Fisher.

While Nvidia is the most upfront about its plans and the intersection of gaming and business, there are signs that other technology vendors are seeing the crossover, too.

At GDC, the other notable news was that Epic is launching its Unreal Engine 4, the top game engine for video games. Epic also happens to be the company behind Fortnite, which runs on Amazon Web Services, and has 250 million users. Fortnite to the Unreal Engine is what Amazon's e-commerce business is to AWS: A scalable business that yields technology that can target other markets.

Sweeney hasn't expanded beyond the gaming market, but you play this out, and it's clear the Unreal Engine could apply to businesses. Epic may want to take Nvidia's approach and look for those big unicorn markets. For Nvidia, data science is the next unicorn market. Epic has a massive video game industry, so it doesn't have to expand yet. But it does make you wonder what Epic could do elsewhere -- say, human resources, collaboration or marketing.

After all, Epic has its Epic Online Services, a single software developer kit that works across multiple platforms, and it has tools for sentiment analysis, voice communication, cloud storage and matchmaking.

Also on the gaming-meets-business front, Google outlined its Stadia cloud game streaming effort. Google is a bit late to the party, and Nvidia has been on the case for years. Selling RTX servers to telecoms may have cracked the code. But Google's approach is worth noting.

Stadia is designed to run on multiple screens, leverage Google Cloud Platform, and expand the gaming base of folks who don't have the best PC kit. The real win would be more browser-based gaming without the latency.

Google's Stadia is partnered with Nvidia rival AMD and has industry support.

Now, it's unclear whether Stadia is going to get the gaming hits that put it on the map, but that cynicism may miss the point. If Stadia can seamlessly stream video games across multiple screens, perhaps the real play is streaming analytics, collaboration, or something new entirely.