Linux doesn't just run your servers and, via Android, your phones. It also runs your cars. Of course, no one has ever bought a car for its operating system. But Linux is already powering the infotainment, heads-up display and connected car 4G and Wi-Fi systems for such major car manufacturers as Toyota, Nissan, and Jaguar Land Rover and Linux is on its way to Ford, Mazda, Mitsubishi, and Subaru cars.

Software companies are also getting into this Internet of mobile things act. Movimento, Oracle, Qualcomm, Texas Instruments, UIEvolution and VeriSilicon have all joined the Automotive Grade Linux (AGL) project. The AGL is a collaborative open-source project devoted to creating a common, Linux-based software stack for the connected car. 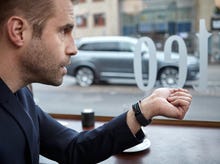 "AGL has seen tremendous growth over the past year as demand for connected car technology and infotainment are rapidly increasing," said Dan Cauchy, the Linux Foundation's General Manager of Automotive, in a statement.

Cauchy continued, "Our membership base is not only growing rapidly, but it is also diversifying across various business interests, from semiconductors and in-vehicle software to IoT and connected cloud services. This is a clear indication that the connected car revolution has broad implications across many industry verticals."

These companies have joined after AGL's recent announcement of a new AGL Unified Code Base (UCB). This new Linux distribution is based on AGL and two other car open-source projects: Tizen and the GENIVI Alliance. UCB is a second-generation car Linux. It was built from the ground up to address automotive specific applications. It handles navigation, communications, safety, security and infotainment functionality,

"The automotive industry needs a standard open operating system and framework to enable automakers and suppliers to quickly bring smartphone-like capabilities to the car," said Cauchy. "This new distribution integrates the best components from AGL, Tizen, GENIVI and related open-source code into a single AGL Unified Code Base, allowing car-makers to leverage a common platform for rapid innovation. The AGL UCB distribution will play a huge role in the adoption of Linux-based systems for all functions in the vehicle."

He's right. Since its release in January 2016, four car companies and ten new software businesses have joined AGL. Esso, now Exxon, made the advertising slogan, "Put a tiger in your tank!" famous. I doubt that "Put a penguin under your hood" will ever become well-known, but that's exactly what's happening. Linux is well on its way to becoming the major operating system of 21st century cars.

Join Discussion for: Linux will be the major operating system...