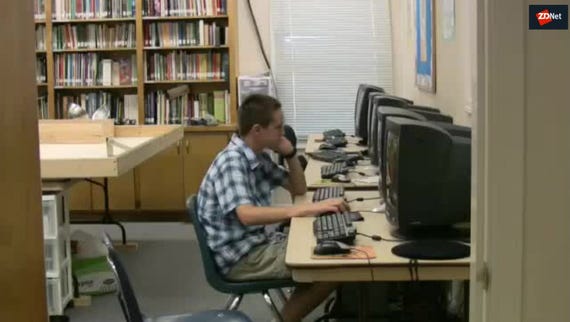 It's a fact of life that PCs get slower and more sluggish over time, as we expect aging hardware to rise to the challenges of newer operating systems and applications.

But eventually, PCs get to the point where they need some care and feeding. The method of rejuvenation I used to recommend was to add more RAM.

But not any more.

Over the past few weeks I've been working on upgrading some of the aging systems here at the PC Doc HQ. These systems average about five years old, but all were already kitted out with lots of RAM -- ranging from 8GB all the way to 32GB -- and what would have at the time of purchase been considered high-end processors.

But these systems had grown to the point where they were slow and sluggish.

So where was the speed bump?

I figured it would be the hard drives. And I was right.

I just happened to have some old solid state drive laying about the place -- some a 256GB Integral drive, a couple of 460GB Intel drives, and a really tasty terabyte OWC Mercury Electra 6G drive -- so I decided to see what effect upgrading the primary drive would have on the systems.

Doing nothing other than migrating the operating system over from the hard drive to the SSD unit -- more on how I did this in a moment -- boot times went from the 30 to 60 second mark to under 10 seconds, and the responsiveness of Windows 10 on initially logging into the system went from awful to awesome, with the systems being immediately usable.

And all this was accomplished without removing a megabyte of cruft or detritus that had accumulated on the systems.

So you want to try this at home?

If you want to do this yourself you'll need the following:

Tip: A quick way to find out what your motherboard is to fire up a Command Prompt and use the Windows Management Instrumentation Command-line tool. To do that, type:

The process is pretty simple:

Tip: Swapping a drive will not trigger a Windows reactivation.

So will this work for you?

Having tried it with a range of SSDs (ranging in performance from basic to high-end), and across a range of systems (from dual-core to dual-socket), I'm pretty confident that anyone moving from a hard drive to an SSD will see serious performance gains, even when RAM is down at the 2GB levels (below that and RAM does become quite a limiting factor, but if you're running Windows 10 then you ideally need 2GB).

Join Discussion for: The quickest, simplest way to speed up an...