Can the web be saved? We should know in two years' time.
Written by Steve Ranger, Global News Director on Nov. 25, 2019 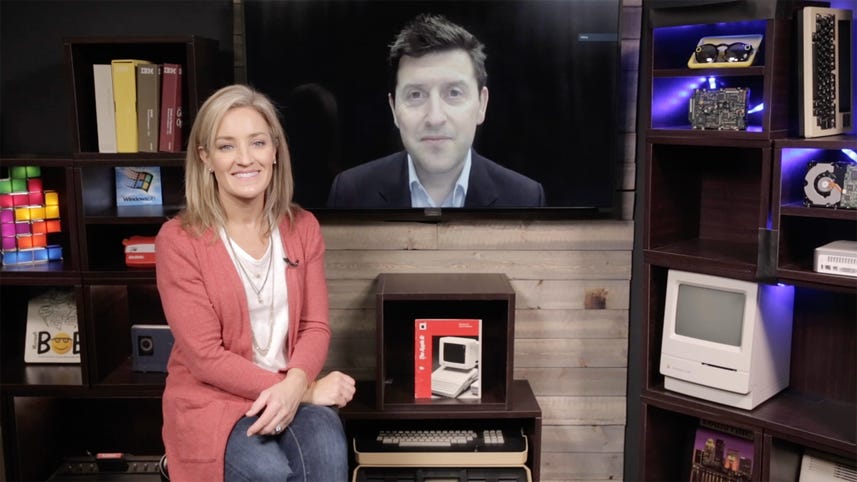 Web inventor Tim Berners-Lee has published his plan to save the web, warning that a 'digital dystopia' lies ahead if big tech companies and governments don't change their ways.

Berners-Lee unveiled the first part of the Contract for the Web -- nine high-level principles for governments, tech companies and individuals -- in November last year.

The contract says, for example, that governments should ensure everyone can connect to the internet, and should keep all of the internet available all the time, while tech companies are urged to make the internet affordable and accessible to everyone, and respect consumers' privacy and personal data.

Over the last year, five groups -- including tech companies, government and other interested groups and individuals -- have been working to draft 76 clauses filled with the detail that underpins each of the nine principles.

The next step is to encourage tech companies, governments and other organisations to sign up and agree to follow those rules.

Berners-Lee argues that while his invention has proved to be one of the most powerful tools we have to change lives for the better, it has also become a source of new threats, including election interference, online harassment, threats to privacy and the spread of disinformation.

The Web Foundation points out that one in three 12-17 year-olds in the US have been bullied online, that a false story reaches 1,500 people six times quicker, on average, than a true story does, and that online scams cost users across 20 countries an estimated $172 billion in 2017. Digital divide is another issue: while 83% of Europeans are online today, only 28% of Africans are -- and 46% of the world is still not online.

"The power of the web to transform people's lives, enrich society and reduce inequality is one of the defining opportunities of our time. But if we don't act now -- and act together -- to prevent the web being misused by those who want to exploit, divide and undermine, we are at risk of squandering that potential," Berners-Lee said.

The Contract for the Web is the first time that all these groups have come together to create a 'vision of the web that we want', The Web Foundation's Policy Director Emily Sharpe told ZDNet.

The next step is to start enforcing some of the principles. Companies and governments that endorse the contract are expected to uphold its principles and show progress towards them -- and publish and report on that.

For example, the project calls on tech companies to offer a central control panel that will allow consumers to see what data is held about them.

"In a year from now we want to see that many more companies have actually put these control panels into place," Sharpe said.

The project has already been backed by Google, Facebook, Reddit and DuckDuckGo, along with civic groups including the Electronic Frontier Foundation, Public Knowledge and Ranking Digital Rights. The governments of Germany, France and Ghana have also signed up.

SEE: The web in 30 years? It'll be beyond our imagination, says Tim Berners-Lee

But there is still a lot of work to do. And some of those companies that have signed up are the ones that are most regularly blamed for the poor state of the web.

"The fact that they have signed up and put their names against this is meaningful. The world will be able to look back in a year and say 'did you actually do the things you said you would do?'" said Sharpe.

"We are under no illusion that it will happen overnight, but we do expect to see significant progress within a year or two and we'll continue to push for the years afterwards. This is something we will commit ourselves to for years to come," Sharpe added.

The odds are stacked against the Contract for the Web: many tech companies make the most of their money by mining our digital lives for data to repackage and sell, while governments are using web blackouts and disinformation to curb dissent and debate. It's a situation many would think is getting worse not, better. But that's no reason to give up, argues Sharpe.

"We are very much at a tipping point; we are at a critical juncture. It is not too late. It can't be too late -- we have to do something about it," she said.