Deepening relationship between Travelers and drone operations software company Kittyhawk points to the expanding use of drones in insurance.
Written by Greg Nichols, Contributing Writer on Oct. 3, 2018 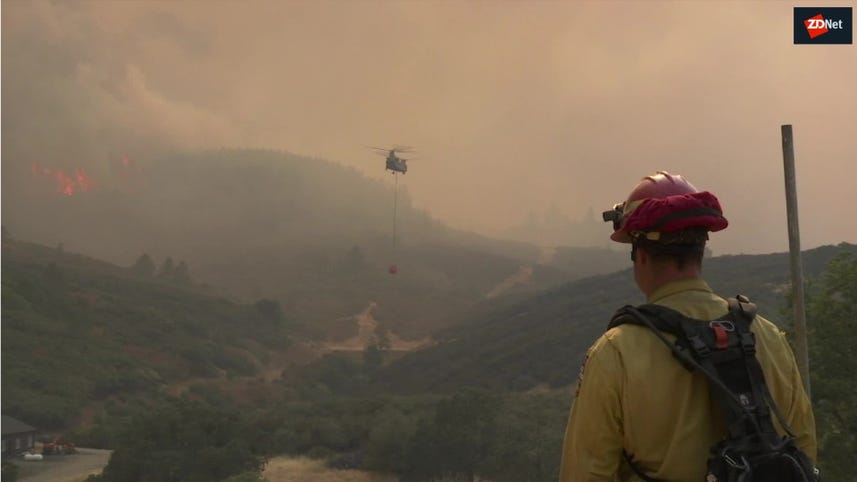 The Travelers Companies, a major national insurer, has made an undisclosed but apparently substantial investment in drone operations software company Kittyhawk. The investment strengthens a partnership between Kittyhawk and Travelers and signals a deepening reliance on drones to assess property claims in the insurance industry, particularly after natural disasters.

Travelers launched its drone operations program in 2016 in the aftermath of Hurricane Matthew. Commercial drones give adjusters a unique bird's eye assessment of properties impacted by catastrophic events. Currently, Travelers has about 600 FAA-certified drone pilots among its pool of claim professionals.

Though limited by strict FAA rules, use cases for commercial drones in the U.S. have grown enormously in the past couple years. Drone delivery, which is likely still years from meaningful adoption under current federal regulations that prohibit flight over non-participating people and structures, grabs headlines, but inspection has driven most of the commercial adoption in 2018.

Sectors like agriculture and crucial infrastructure, including pipelines and utilities, now rely on drones to perform inspections at a fraction of the cost of human teams. Used within operational guidelines, drones carry much less risk of human injury compared to physical inspection, particularly in overhead and aerial inspection scenarios.

It's fitting, then, that drones have become an important tool in the insurance industry. After Hurricane Irma, French insurance company GFA Generali deployed a team of drone pilots to map affected areas and gather data. Back in 2015, AIG won FAA permission to fly drones to process claims.

Along with Kittyhawk, drone hardware and services companies like Kespry and DJI Enterprise are carving out inspection niches, including offering plug-and-play solutions for adjusters.

Kittyhawk provides an end-to-end software platform to run drone missions and collect valuable data. The Travelers funding follows $5 million from a June funding round led by Bonfire Ventures with participation by Boeing HorizonX Ventures and others.