Twitter bans distribution of hacked materials ahead of US midterm elections 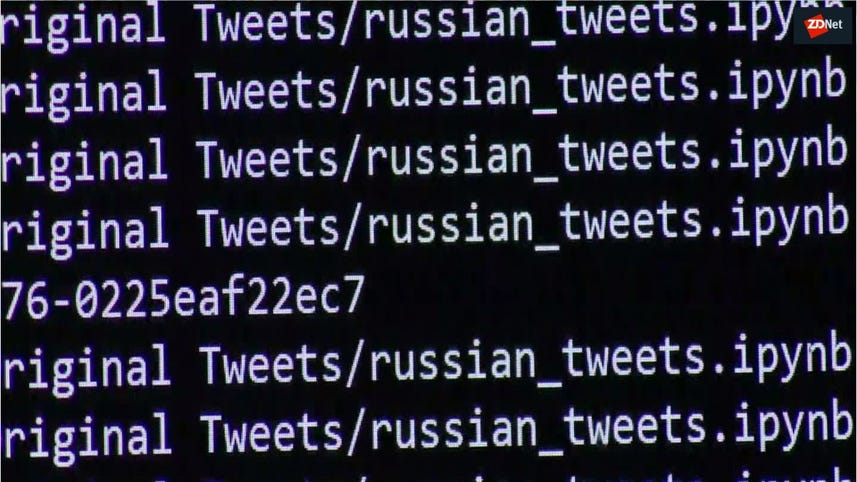 Twitter has made three major changes to its site rules in an attempt to prevent foreign actors from using its platform to meddle in the upcoming US midterm elections, but also to cut down on the amount of spam and abuse going on on the platform.

The first of these three changes concerns the dissemination of hacked materials on the platform.

Twitter already had rules in place that prohibited the distribution of hacked materials that contain private information or trade secrets, but after Monday's update, the platform's review teams will also ban accounts that claim responsibility for a hack, make hacking threats, or issue incentives to hack specific people and accounts.

Until now, the platform has --for unknown reasons-- left hackers' accounts alone, rarely intervening to take one down, and usually only after requests from law enforcement officials.

For example, the account of a notorious hacker group known as The Dark Overlord is still active even today, after the hackers used it for years to dump hacked data online, make threats, or attempt to extort hacked companies.

In the future, accounts like these and others will be removed more quickly, or so Twitter claims.

But this new rule wasn't added just for dealing with petty cyber-criminals or script kiddies, but more likely to deal political influence campaigns.

More accurately, for accounts such as the ones of DCLeaks, a website that was established in June 2016 and which was responsible for publishing email leaks from multiple prominent figures in the US government and military ahead of the 2016 US presidential election. It is unclear what amount of those leaks were legitimate, but Twitter plans to use the new rules to prevent such type of data from making the rounds on its platform and possibly influencing election outcomes.

Twitter also cracks down on fake accounts and bot networks

But besides cracking down on hacked accounts, Twitter's new rule updates are also harder on fake accounts.

Until now, Twitter has only banned accounts using the "fake account" rule if they engaged in spam-like tactics like selling fake goods or repeatedly sending unsolicited messages.

In the future, Twitter's staff plans to go a little bit more loose with this rule and will ban accounts for a wide array of inauthentic activity or malicious behavior.

Twitter didn't clarify what this "malicious behavior" might be, but said it instructed staff to look for the use of stock images for avatars, the use of stolen avatars and profile descriptions, and the use of intentionally misleading profile information, as a sign they might be dealing with a "fake account" involved in "inauthentic activity."

Last but not least, Twitter also said it updated its rules in regards to "attributed activity." Just like the previous rule modification, this update was also made in an attempt to fight bot networks that may try to push an agenda on its platform.

"We are expanding our enforcement approach to include accounts that deliberately mimic or are intended to replace accounts we have previously suspended for violating our rules," said Twitter in a press release on Monday, October 1.

Twitter says this new updates to its site rules will give its staff the legal power to take down accounts easier.

Ever since Mark Zuckerberg has been called in front of the Senate Intelligence Committee to answer questions about the Cambridge Analytica scandal and how the data taken during that incident has been used to influence the outcome of the 2016 US presidential election, US and European authorities have put pressure on all tech giants to improve their response time to prevent election meddling.

At the start of last month, September 2018, Twitter CEO Jack Dorsey and Facebook COO Sheryl Sandberg appeared in front of the Senate Intelligence Committee and answered questions in regards to the steps their platforms have taken to fight election meddling.

For its part, Twitter has clamped down and put more stricter rules in place for developer access to its APIs in an attempt to prevent bot networks from using automated tools to spread their agenda, and has also banned 770 Iranian accounts involved in a political influence campaign aimed at the US, UK, Latin America, and the Middle East.

In addition, Twitter also says it banned approximately 50 accounts misrepresenting themselves as members of various state Republican parties and said it's also working with the RNC, DNC, and state election institutions to improve how it handles similar incidents.

Nevertheless, the social network hasn't been that successful, barely putting a dent in spam-related reports, with the number of complaints going down from 17,000 in May to only 16,000 in September. More work needs to be done, and Twitter just gave its staff sharper teeth to go about their job.