The company said income from its video ads remained, but promoted tweets have declined.
Written by Natalie Gagliordi, Contributor on Feb. 9, 2017

Twitter clocked in with $638 million in ad revenue for 2016, down 1 percent compared to a year ago. The company said income from its video ads remained strong, but promoted tweets have declined. Twitter CEO Jack Dorsey said the company's challenge for 2017 will be simplifying and differentiating its ad products.

"Our advertisers need the same approach we applied to our consumer service, reset and focus on our strengths," Dorsey said. "This means clearly differentiating and complementing Twitter's realtime nature and proving to advertisers that Twitter is easy and works for them and their customers."

Looking at the rest of the numbers, the social network posted a Q4 net loss of $167 million, or 23 cents per share.

Non-GAAP earnings were 16 cents per share on revenue of $717 million, up just one percent year over year.

Wall Street was looking for Q4 earnings of 12 cents per share with $740 million in revenue. Twitter's shares took a dive following the miss, falling nearly 10 percent in pre-market trading.

As for Twitter's user numbers, the microblogging giant has struggled to please investors on this front, with monthly active user totals repeatedly falling short of analyst projections, and remaining flat in general.

So, while the "Trump Bump" did little to help Twitter on the revenue front, it's certainly helping to keep the brand name part of the national conversation.

"The whole world is watching Twitter," Dorsey said. "What we may not be meeting everyone's growth expectations, there's one thing that continues to grow and out pace our peers. Twitter's influence and impact. You don't go a day without hearing about Twitter." 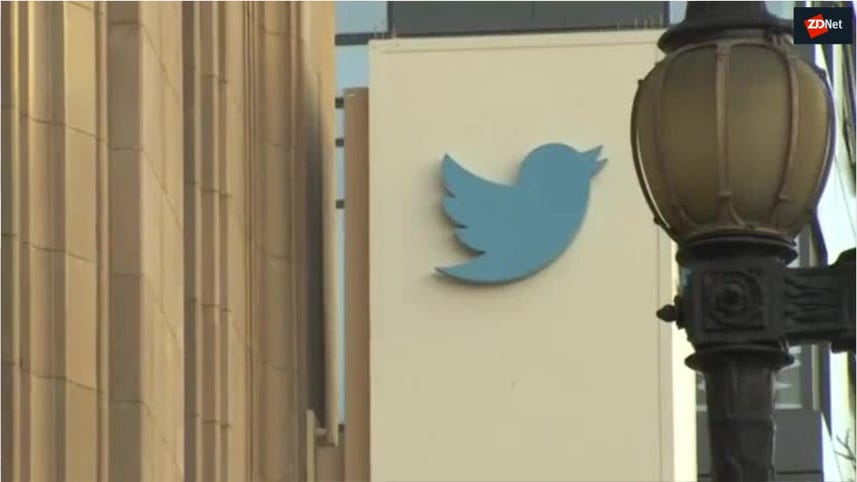