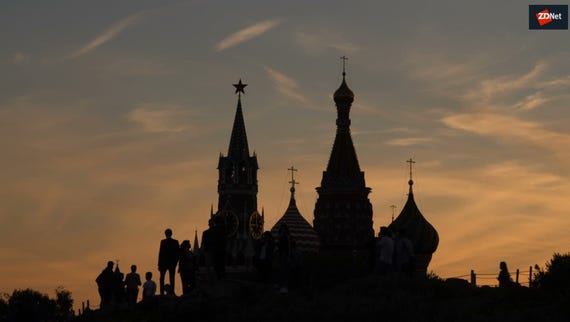 In the UK, changes to a bill suggest that it is a criminal offense simply to view content online which is deemed of a "terrorist" nature and prosecution may be assured with a single click.

This kind of future should be enough to prompt shivers down the spine of UK residents already subjected to the Snooper's Charter, not due to the content at hand, but the potential ramifications of the terms involved in the new law.

The changes relate to the Counter-Terrorism and Border Security Bill, which was awarded royal assent -- the approval of the Queen -- on Tuesday.

The UK government says the bill "ensures sentencing for certain terrorism offenses can properly reflect the severity of the crimes, as well as preventing re-offending and disrupting terrorist activity more rapidly."

Within the updated Act, the government wants to push forward Internet-related changes by updating terrorism-related offenses to include "obtaining information likely to be useful to a terrorist to cover material that is only viewed or streamed, rather than downloaded to form a permanent record."

In other words, simply clicking a web page link to view content or watching a video on YouTube which may be considered of 'use to a terrorist' can land you up to 15 years behind bars.

A past amendment to the bill suggested that clicking on material three times could signify intent, as noted by The Register. However, it seems for UK authorities, one is the perfect number and the amendment has been thrown out.

You had better have a "reasonable" excuse if you do make that click, according to the bill's fact sheet (.PDF). According to the bill, this can include a lack of knowledge or no reason to believe that "the material is likely to be useful to a person preparing or committing an act of terrorism." (Academics and journalists, however, do have a level of defense.)

Changes to the bill have been made due to the "Internet being increasingly used for radicalization by individuals in the UK and overseas."

See also: One in three enterprises can't protect themselves from data breaches

The overarching, vague terms used brings to mind the 2016 Psychoactive Substances Act which was brought about to ban the sale of "legal highs."

Under its first draft, the proposed law technically made any substance "intended for human consumption that is capable of producing a psychoactive effect" illegal -- and that theoretically included chocolate, coffee, alcohol, spices, and other common goods.

While the psychoactive bill was amended to tighten up the law to focus on head shops and synthetic drugs, the same vagaries appear in the terrorism bill and should have been tackled.

What, for example, classifies as "terrorist" content? We can probably guess clicking or viewing an image of the ISIS flag, for example, but what about reading an old article on the IRA? Or a modern article describing the activities of ISIS presently? Are these now enough to send someone to prison?

It is also worth noting that whatever definition you may subscribe to terrorism, the term has, and will, continue to evolve.

Another aspect of the bill which could be widely interpreted -- and potentially abused -- is content considered to be of "use to a terrorist."

The possibilities are endless: a map of the London underground, a chemistry paper, bus timetables, looking up police statistics in different cities, flight schedules, or even where the nearest hardware store is located.

You can understand and potentially support charges related to content which cannot be defended against, such as accessing and downloading child pornography (unless you are law enforcement and investigating for the purposes of prosecution), but it should not be illegal to access content which can have an educational purpose.

This does not just apply to human rights activists, journalists, or academics -- this can, and should, also apply to anyone outside of these circles that wish to learn more about the threats, conflicts, and political issues impacting our lives today and shaping how we view the world.

One click, one prosecution is wrong. A single click does not demonstrate intent or criminal purposes and accessing information should not, in the majority of cases, be considered so.

The applications and enforcement of this law will need to rely on common sense, something which, arguably, is sometimes missing when it comes to UK prosecutions. The law itself? Just another small step in the wider road to censorship.

Last-minute tech gifts and gadgets for your... SEE FULL GALLERY