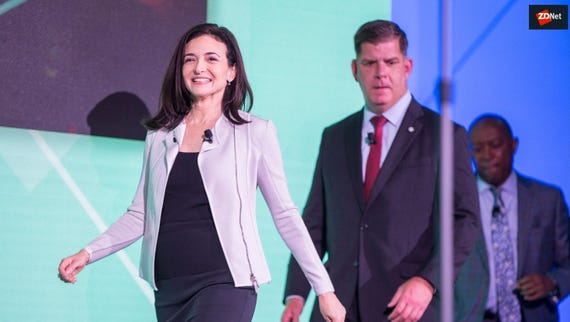 The UK parliament has exercised little-used powers in order to seize confidential documents relating to the Cambridge Analytica scandal.

It was in May this year that the UK government requested Mark Zuckerberg's presence at a hearing in order to answer questions relating to the scandal, in which the data of up to 87 million users was improperly shared with a voter profiling company.

It was originally estimated that over one million UK users were impacted.

While the Facebook CEO did attend a US Congress hearing, meeting UK parliamentary members seemed to be a low priority, and Zuckerberg ignored the invitation.

We said at the time that ignoring such a request could have detrimental consequences in the future -- and it seems this prediction has now come true.

As first reported by The Guardian, the UK parliament has now seized confidential documents relating to the Cambridge Analytica case.

The cache of internal documents, which reportedly contains information relating to privacy and data controls as well as private emails between Facebook executes and Zuckerberg, is now allegedly in the UK government's possession.

The publication says that conservative MP and Digital, Culture, Media and Sport (DCMS) chair Damian Collins invoked parliamentary powers in order to send a serjeant at arms -- a figure responsible for keeping order in the Commons -- to a hotel where the founder of Six4Three was staying during a London business trip.

The founder of the US company was required to hand over the documents but this request was ignored. Once the serjeant at arms appeared, however, the executive was given a two-hour deadline and final warning.

The Guardian says that the founder was then escorted to parliament and told that fines and prison time could be in his future should he continue to resist. The documents then entered the government's possession.

Collins said that "we've failed to get answers from Facebook and we believe the documents contain information of very high public interest."

Facebook has demanded the return of the data cache. The documents were originally obtained through legal discovery in the US, where Six4Three and Facebook are involved in a court case taking place in California. Six4Three alleges that Facebook has held a complete disregard for user privacy, violated trust, and has also used illegal tactics to strengthen its market position.

Facebook, in turn, says the claims "have no merit, and we will continue to defend ourselves vigorously."

"The materials obtained by the DCMS committee are subject to a protective order of the San Mateo Superior Court restricting their disclosure," a Facebook spokesperson said. "We have asked the DCMS committee to refrain from reviewing them and to return them to counsel or to Facebook. We have no further comment."

Collins has reviewed the documents and after receiving communication from Facebook's public policy vice president Richard Allen, posted his emailed response on Twitter.

In short, the MP said that even if documents are kept under seal in the US, the UK government has the right to publish them under parliamentary privilege.

The UK's Information Commissioner's Office (ICO) has fined Facebook £500,000 over the Cambridge Analytica fiasco, a fine which the social media giant intends to appeal.

While the UK government and Facebook continue to clash, the latter is also embroiled in another political issue on the other side of the world.

Facebook, together with Twitter and other technology firms, are fighting against new legislation introduced by the Australian government in October which the companies claim expands piracy site-block rules "far beyond what is reasonable."