Under Armour has lofty goals that'll need a hefty dose of technology to make its ongoing digital transformation efforts a reality in the years to come.

At CES 2017, Under Armour CEO Kevin Plank will deliver a keynote that'll follow Qualcomm chief Steve Mollenkopf and a panel about autonomous cars on Friday. Where does an apparel and sports performance company fit into that mix? To Plank, Under Armour is about data, digital and using information technology to expand at a rapid clip. Plank said in October that Under Armour had three ambitions: Getting big fast, making retail a core competency and getting more shoes on feet. In 2016, Plank was on the CES stage with IBM CEO Ginny Rometty.

On the getting big fast--gee can you tell Plank was a football player?--Under Armour is expected to deliver a bit less than $5 billion in revenue for 2016 and the company hopes to hit $7.5 billion in 2018. After that target is hit, Under Armour wants $10 billion in annual sales.

How will it get there? A lot of technology. In some respects, Under Armour has become a technology company. It's connected fitness platform includes UA Record, MapMyFitness, Endomondo, and MyFitnessPal. All those platforms have unified to run on Amazon Web Services.

Under Armour has also forged a series of technology partnerships with JBL, HTC and others. The company may even be stealing a play from technology giants and is rumored to be working with Jabil Circuit to make footwear and apparel. Jabil Circuit is best known as a contract technology manufacturer. And why not? Nike is working with Flextronics.

The takeaway: Clothing will be electronic and manufacturing will be more automated so why not work with the contract manufacturers with expertise?

On the back-end, Under Armour is one of SAP's flagship customers and is working to hone its retail expertise and use data to better target customers.

We will continue to over-invest in connected fitness. We're doing so because we believe strongly that it will prove an important differentiator in our relationship with the consumer. With nearly 190 million registered users in our community, we continue to gather critical information to help us change the way athletes live. We firmly believe that going forward, brands without substantive communities, will be at a deficit when it comes to building a relationship with our consumer.

As Under Armour becomes an ongoing digital transformation story it's worth checking in on the moving parts. Here's a tour.

As Plank notes repeatedly when he talks about his trio of acquired apps, data will be the differentiator for brands. According to Plank, the data gleaned from gathering health and diet data from registered users is critical to everything from research and development to brand segmentation.

Simply put, data will allow Under Armour to compete with Nike, a rival whose $34.8 billion in estimated annual sales dwarfs Under Armour's $4.9 billion.

We are investing in our single view of the consumer through our partnership with SAP as we look to continuously drive a better business as we scale, knowing that much of the benefit will not be seen immediately. That said, we expect to see return on these investments starting in the near term with tools like self-service consumer comparison reporting, where we can quickly compare the demographic profiles, workout habits, and purchase behavior of any group of consumers.

We are growing our analytics capabilities and moving from backward-looking reporting to predictive and prescriptive analytics which allow us to establish and drive growth in a more meaningful way. We will be able to personalize our e-commerce home page, driving off your demographic profile: which four categories are important to you, your exercise, how frequently you exercise, sleep, weight, diet and the makeup of your household. Going forward, we will continue to dive into the data and leverage the insights to deepen and expand our relationship with athletes as their needs change.

Under Armour has also partnered with IBM and its Watson analytics platform.

All that consumer segmentation will come in handy considering that Under Armour will increasingly have to be the retailer for its own wares. The bankruptcy of The Sports Authority dinged sales. Dick's Sporting Goods is a large retailing partner of Under Armour, but overall store square footage fell dramatically in 2016.

Plank noted that the sporting goods hit to revenue in 2016 was worse than the financial crisis in 2008 and 2009.

The fact that we've had three bankruptcies that have occurred in just the last 12 months in sporting goods, that account for more than $4 billion in lost revenue for the sporting goods industry in North America. And compare that, relatively speaking, that going all the way back to 2008/2009, there was just $170 million of bankruptcies of lost revenue in our industry. So we saw something pretty big happen that we've thought about, but it definitely has been eye-opening for us, especially recently.

Under Armour still has the demand for its products, but it has struggled to replace the distribution. The plan is to expand its own direct-to-consumer retail and expand distribution with retailers such as Kohl's.

Plank said Under Armour is working with SAP to drive efficiency and manage categories. The company has organized around nine sport categories and created unique experiences for each one. "We believe consumers expect excellence at every touch point with our brand. And you will see us invest to ensure that we drive growth with our long-term partners while we invest in new distribution through our own direct consumer experiences," said Plank.

One critical touch point for Under Armour's brand and data is its running shoes as well as wearable devices.

In December, Under Armour expanded its line of UA Record equipped running shoes. The connected footwear is powered by Under Armour's MapMyRun platform. Under Armour is measuring the average air time of a sequence of jumps to track fatigue. The company sees smart shoes as a way to grow its footwear business.

Under Armour is aiming to double the units of its connected footwear gear in 2017. Those running shoes will be unveiled at CES.

Video: How Under Armour handles PII on a global scale 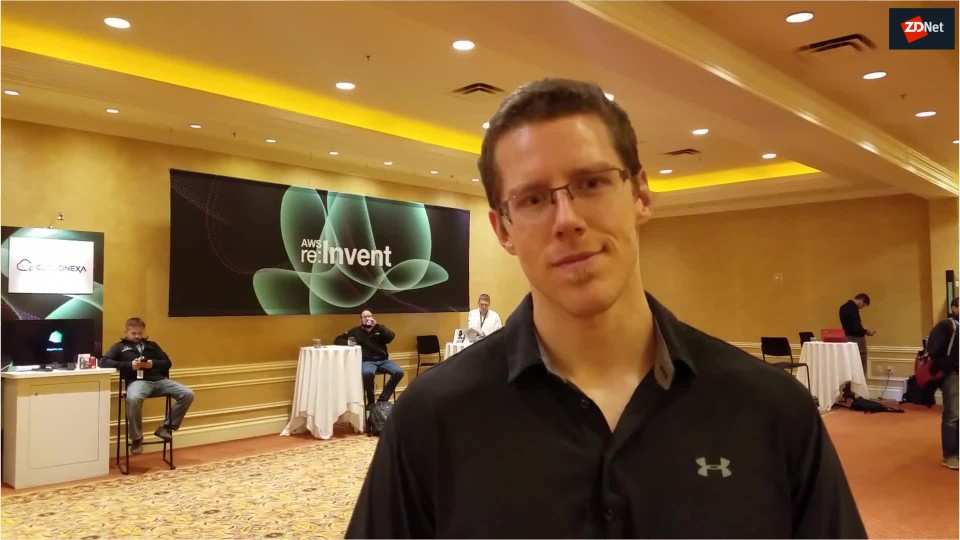 As Under Armour expands more into hardware, the company is growing its partnership base. Last year, Under Armour and HTC unveiled the UA Healthbox, which is a bundle that includes a connected scale, chest heart rate monitor and UA Band, which was manufactured by HTC.

After that first outing with HTC, Under Armour has forged other partnerships. In October, Under Armour and JBL, a unit of Harman that is now a part of Samsung, released UA Sport Wireless Heart Rate headphones. These headphones have in-ear heart rate monitoring, connect via Bluetooth for music, and add coaching from UA Record.

Sean Kapoor, Vice President and General Manager, Under Armour Business Unit Harman, said in an interview that the JBL partnership recognizes that music is a core component to fitness. "UA brings what the athlete wants and is expecting and JBL knows sound and ergonomics," said Kapoor. "The two brands make each other better."

Indeed, the test headset that I used worked well in the field. Brian Pitstick, Director of Business Development for Under Armour, said the company's device strategy revolves around providing "hero type experiences" that highlight design, athletic expectations and data. "We are not hardware experts, but with the partnerships with HTC and JBL we can bring software, UX and a unique understanding of the athlete," said Pitstick. "Ultimately we want to move from tracking into coaching to deliver results."

Join Discussion for: Under Armour at CES highlights digital transformation...