X
Part of a ZDNet Special Feature: Can technology save the NHS?
Home Health

The rise of robots is inevitable in healthcare, but for now, keeping it simple is just what the doctor ordered.
Written by Jo Best on Nov. 19, 2018 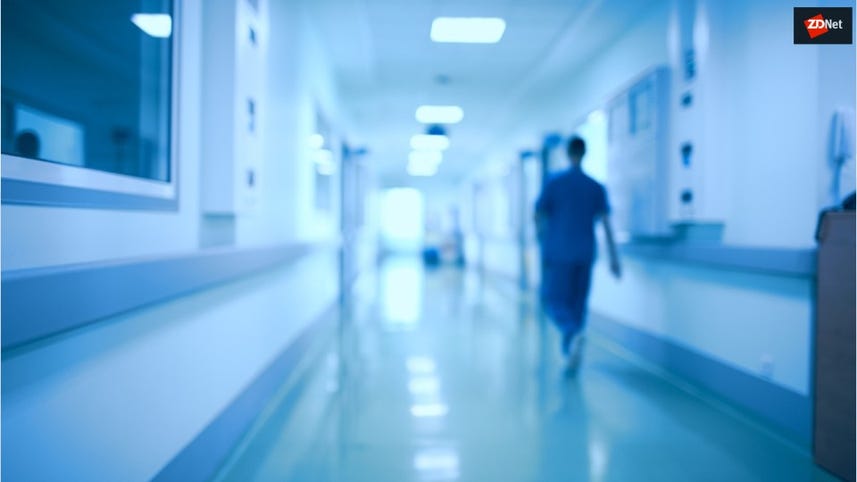 From the surgery robot in the operating theatre to the care robot that looks after you at home, robots are beginning to make their way into healthcare across the globe, and their potential to cut costs and improve results for patients means that soon they could be as much a part of hospital practice as bedpans and blood pressure cuffs.

Surgeons are one of the first medical specialties to welcome their robot overlords: in the NHS, surgical robots can already be found assisting with a range of operations, including urology, colorectal, and prostate procedures. These robots -- which are made up of a set of arms wielding cameras, lights and medical instruments -- are controlled by a surgeon sitting at a console who is then able to control the actions of the robot's arms with great precision.

Using robots means surgeons can make smaller incisions, reducing blood loss and pain for patients, which can mean a faster recovery time and a shorter stay in hospital. That's good news for the patients, who can get back to their normal life quicker, but also good news for the NHS, which has fewer infections and complications to deal with, and sees beds freed up faster.

Another attraction is that these robots can reduce the physical burden on surgeons -- bending over patients for several hours a day over years is not kind on the back -- which can allow clinicians to carry on operating for longer.

However, surgical robots are expensive and prices haven't come down as fast as the NHS might require to invest more substantially in their use, despite the benefits. That might be about to change: once CE approved, CMR Surgical expect the NHS to be using its Versius robot next year. With greater competition and falling prices, it's likely the NHS will begin rolling out robots to new hospitals.

Shafi Ahmed, a consultant abdominal surgeon at Barts Health NHS Trust, is hopeful that there is a wider role for robots within the NHS.

"What we need is other robots in the market to improve [surgery] standards and drive the price down -- at the moment it's really expensive overall to purchase the equipment. What that would allow is for more people to be accessing the robots for surgical operations and ultimately around the world this would be the first step in democratising surgery, using robots to augment our practice," he says.

While the use of robots in surgery has so far focused on a handful of specialties, there is work ongoing to expand the number of procedures and disciplines that the robots can be used for. Future generations of surgeons may be trained exclusively to perform robotic surgery in the same way that today's surgeons are being taught mainly laparoscopic 'keyhole' surgery, rather than the open surgery that was once common practice.

"A lot of trials have shown that robotic surgery is equivalent to laparoscopic surgery, although the views are enhanced and the usability is better in terms of the interface, and it's more intuitive to the human hand. Overall I'm in favour -- I think it's necessary," Ahmed added.

While talk about the greater use of robots is often coupled with fears about job losses, surgeons are rated as one of the least likely jobs to be automated. And although the word 'robot' implies a level of autonomy, surgical robots can only work with a human surgeon driving them. So even as surgical robots are likely to move towards greater levels of automation, they're unlikely to become fully autonomous for some time.

"I don't there will be a complete surgery that will be fully autonomous -- where you'll roll the patient in and then leave the patient there for the robot," says Sanja Dogramadzi, professor in medical robotics at the University of the West of England's Bristol Robotics Laboratory. "I think part of the system will gain autonomy in order to make sure the surgeon is supported in the best way, so that the surgeon can do the surgery in, say, one hour rather than four hours," she says.

"I don't think there will a fully autonomous system for the next, maybe, 20 years, but in the years to come we will see subsystems gaining more autonomy in order to allow the surgeon to do things faster, better, and more precisely," she adds.

As well as being partially autonomous, the surgical robots of tomorrow may also look very different to the ones used today. Various research is being conducted on creating robots that prevent the need for large incisions during surgery: Carnegie Mellon has developed a prototype 'snake robot', which can be used to navigate to the surface of the heart through a small incision.

As well as making their way into NHS operating theatres, robots are helping out in radiology too: stereotactic radiosurgery, also known as Gamma Knife, uses robots to position patients during radiotherapy, making sure that radiation is delivered precisely to a given target -- such as a brain tumour -- and not to the healthy tissue just millimetres away.

Smaller robots are being developed which could be used in both the diagnosis and treatment of patients.

As well as robots for surgery and treating our ailments, there is also likely to be significant growth in therapeutic robots, ones to help rehabilitate patients after an accident or illness, and assistance robots, which can help people perform their activities of daily living, such as washing, dressing, and preparing food. Care robots are already being tested in Japan, looking after elderly people when there's not enough care home places or human carers to do the job.

Many patients need a 'package of care', including carers and physiotherapists, to visit them at home after a significant or disabling illness. But often the patients are well enough to go home before their package of care is ready, and so rather than discharge them, hospitals tend to keep patients in to ensure their safety. As a result, they face extra days in hospital, and desperately needed hospital beds are occupied by people who ought to be at home.

While setting up the package of care is today the work of social services, in future it's possible that care robots might be provided by the NHS in the same way that it provides you with crutches now, enabling patients to get back home far quicker than they otherwise would. On the downside this move to robot carers could mean that after a life-changing medical event or serious illness, patients are left at home with only a robot for company, and no human contact.

A recent report by the IPPR think tank argues that similar technologies could make it onto the wards, too.

"It is possible to envisage a future of digital-first triage of patients in fully automated assessment suites. For inpatients, 'bedside robots' may become a reality, assisting patients with meals, transportation and mobilisation (portering patients between places, helping in-patient rehabilitation and moving patients in and out of beds)," the report said.

"Unlike many industries, where there are fears that automation will result in mass unemployment, in health and care automation, it will primarily complement human skills and talents, by reducing the burden of administrative tasks -- communicating medical notes, booking appointments, processing prescriptions -- while freeing up time for clinical decision-making and caring," it added.

It's far from clear whether robot assistants would be cost effective or practical in the short term at least. With any new robots, says Dogramadzi, the main question about whether or not they'll be rolled out is one of cost efficiency. "Is it more cost efficient to have these robots, or to employ two or three nurses that will actually do more than that robot can do, because they take the blood pressure, measure temperature, and other things. As always, it is just a balance between the cost of such systems as opposed to real people doing more than the machine can do."

There are many challenges to the arrival of carebots on the wards, not least cost and the AI that will be needed to power them. However, other experimental robots with more narrow functions are likely to make their way into hospitals far sooner. When it comes to robotics in healthcare, for now, less is definitely more.

VPN
Musk did not seek due diligence and the $44b deal will be completed: Twitter