Wake words and voice UI are coming to our favorite apps

At last, there is a breakthrough in AI technology that could change how we will interact with our favorite mobile apps.
Written by Eileen Brown, Contributor on April 9, 2018 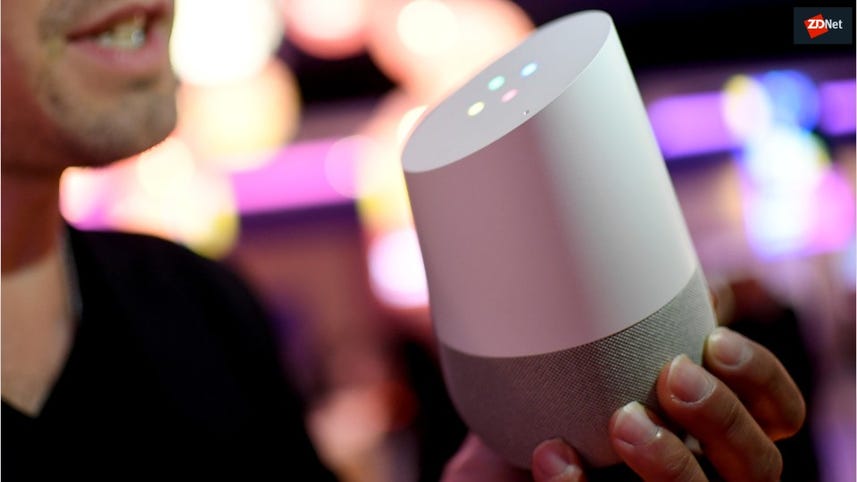 In the past, running an always-on, always-listening wake word recognizer as software meant constantly running the applications processor, which consumed too much battery power.

This has meant that hands-free voice UI technology has not yet made its way into mainstream mobile apps. Fortunately, there has been a breakthrough in low-powered wake words technology.

Its TrulyHandsfree wake word and speech recognition AI engine can run on Android and iOS platform at low power.

It can be used for any app without special hardware or DSP (Digital Signal Processor).

Previously, creating an always-listening wake word solution for apps would take too much resource and power to be practical -- especially for apps that remain open and active in the background. Your mobile device battery would drain far too quickly.

It produced independent actions that, when combined, could lower power consumption on a mobile app using a wake word by more than 80 percent -- around 200mAh per 12-hour day.

That reduction means that a mobile app wake word will consume around 1 percent of the smartphone battery in 12 hours.

Its "little-big" approach uses a very small model to identify an interesting event, which then revalidates the event on a large model processed on the Application Processor.

Google's Waze app accepts hands-free voice commands by supplying them with Sensory's "OK Waze" wake word that runs when the app is open.

Todd Mozer, CEO of Sensory, said: "Hands-free operation for voice control has become the norm, and application developers are now looking to create hands-free wake words for their own apps."

Soon, we will be talking to our phones all the time -- even when there is no real person listening at the other end of the call.

Although applying artificial intelligence (AI) is a challenge for enterprises, and budget is an issue, most brands believe that AI will bring success according to new report.

Most of us do not know that we are using chatbots to talk to service agents, so how will we know that AI will be seamlessly interacting in with our future lives?

Business
Consumers are looking to their financial institutions for advice and guidance, but banks are falling short: Study