Want the best? Get the iPhone 11. Want a phone that just works? Go budget Android

Forget Samsung and Google's Pixel. It's only at disposable pricing where the platform truly shines.
Written by Jason Perlow, Senior Contributing Writer on Sept. 10, 2019 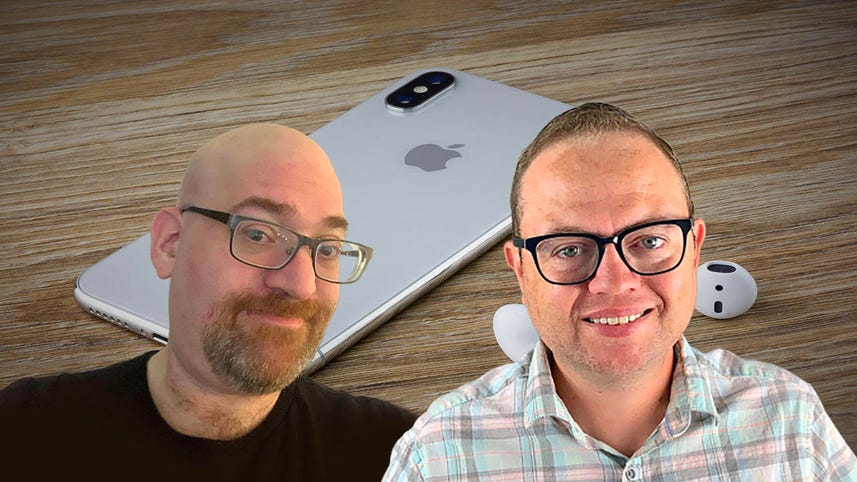 My good friend and ZDNet colleague, David Gewirtz, is not going to upgrade his smartphone this year. He's owned his iPhone 6s Plus for four years, and as far as he is concerned, it still works fine.

I would caution him, however, that his evaluation of his situation is likely to change in short order. Had he owned an iPhone 6 -- a model from 2014 just a year older, his device would be unable to accept iOS 13, which launches in only a few weeks with the release of the iPhone 11 series devices that are expected to be announced this week.

Does Apple have forced obsolescence? Yes, it does. Their products have a five-year lifespan because Apple only provides yearly iOS upgrades to its products for that period. When each successive version of iOS comes out, developers are forced into adapting to OS changes such as deprecating APIs and using new ones instead -- or face being kicked off the App Store for devices running the current generation OS.

When those developers don't adapt, the apps get left behind, or they have to abandon older codebases with the older versions of the OS and their apps on older devices can potentially stop working.

Does this mean that, after five years, you should consider an iOS device e-waste? Yes. But five years is a very long time for a piece of internet-connected consumer electronics to function, in my opinion, especially a client device.

Android is somewhat different in this approach, and what you can expect is going to vary depending on which vendor you spent your smartphone dollars on. Unlike Apple, which "sunsets" APIs and requires developers to conform to changes -- or else, Google maintains lots of backward API compatibility between Android releases, and it takes a long time, comparatively, to deprecate them.

This means you can expect that Android applications can still function or are still listed in Google Play even if a developer doesn't update them for a very long time. Google does not have the same obsessive-compulsive fixation on store curation that Apple does. On the surface, this seems like a good thing.

But in reality, this creates the "Toxic Hellstew" which Android has become famous for in recent years -- system bloating, substantially increased resource utilization, and security flaws which exploit weaknesses in legacy architecture.

There are still apps in the Play Store that were optimized for APIs from Gingerbread, Honeycomb, and Ice Cream Sandwich, arguably over five years old. You don't want to run these if you can avoid it. And if you have developer mode turned on, you can sideload these things from third-party sources, as well. That's potentially dangerous.

Of course, on Android, all of this depends on whether or not your smartphone OEM upgrades your OS. More often than not, you're going to be stuck with the same major release of Android that the phone shipped with. It doesn't matter if you paid $200 for the device or $1000.

If your phone shipped with 9.0 (Pie) you'll be lucky to get an update to 10, which was just released. Unless you are an Android One partner, Google isn't forcing an OEM to update the software at all. That program is pretty much a flop.

Why are the two companies so different? It comes down to how they make money. Apple sells hardware, applications, and services. Google makes the balance of its revenue from advertising.

It's in Apple's interest to get you to refresh your hardware on a five-year basis or earlier. For Google, Android is just another way for them to monetize you as a data mining endpoint. So Google wants your phone to function with its apps and developer apps -- which use its monetization engine -- for as long as possible. It isn't in Google's interest to force its OEMs to update devices.

So if you're an Android fanatic and want guaranteed, timely updates? Do what I do, buy Google Pixel devices. But unless you go with the Pixel 3A low-end device -- which in my opinion is not a good value because it is highly underpowered in terms of processor and RAM -- you will pay the same top-dollar as the folks who buy Apple.

The only reason why I spend top-dollar on a Pixel every year is that I write about this stuff, and I have to follow developments in Android. Most definitely do not buy a Pixel 3 now, even heavily discounted. With only 4GB of main memory, it's a seriously RAM-underpowered phone that is about to be outdated in a month, with the pending launch of the Pixel 4. Yes, I plan to buy one. But I don't like it.

So from the perspective of being price-averse and not paying $800-$1000 for a device each time the upgrade bell tolls, I would not go with a flagship Android from Samsung or Google.

I would look to inexpensive Chinese devices like the Moto G7 ($249), and also ZTE, which recently launched the Axon 10 Pro at $549 and is a lot of phone for the money, with 8GB of RAM, 256GB of storage, and a Qualcomm 855 under the hood. That's almost half the price of the Samsung S10+/Note 10 for a comparable feature set. Get your two or three years out of it, and toss it. Rinse and repeat. If I had teenagers, those are the phones I would get them unless they were prepared to spend their own money.

I like to think of your typical iPhone owner as someone who leases a brand new Lexus or BMW every few years -- they want top-notch customer service at the dealership (Apple Store) and a service plan they can count on (AppleCare). And they want the dealership to give it an oil change and tune-ups when it needs it (scheduled iOS updates) as part of that lease agreement. They pay a lot for this privilege, but it gives them peace of mind.

An Android owner really should be examining this from a cost perspective and nothing more. From a premium experience standpoint, there is nothing the platform offers at the same price point that matches what Apple does for its customers. It's only at budget, disposable pricing where the platform truly shines.

I see no benefit to spending premium prices on an Android phone and then expecting it to live beyond an expected lifetime of four years. In reality, with the constant changes and cloud API abandonment which Google has been engaging in as of late, it's in your best interest to go cheap.

Are you a premium customer or a cheapskate when it comes to your smartphones? Talk Back and Let Me Know.