Full Bio
Posted in Between the Lines on October 2, 2019 | Topic: Tech Industry 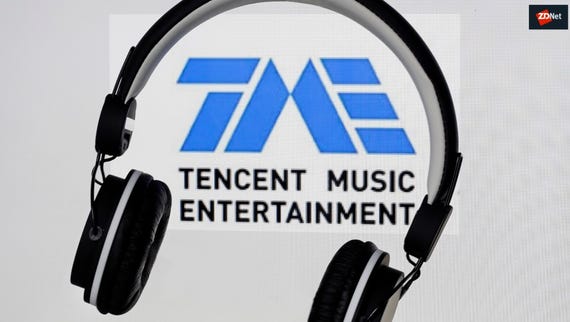 Tencent Music seeks IPO in the US
Watch Now

WeWork has withdrawn its plan to launch an Initial Public Offering (IPO) in the midst of board changes and investor concerns over future profits.

This week, as reported by the Washington Post, co-chief executives Artie Minson and Sebastian Gunningham said the firm is pivoting to a focus on the improvement of its core business rather than entry into the public stock market.

However, the executives said that WeWork has "every intention" of becoming a public company in the future.

Founded in 2010, WeWork emerged as a tech unicorn that snagged the interest of investors due to its mission to redefine workspaces and how entrepreneurs operate.

The company, recently renamed the We Co, has expanded rapidly in only a few short years and now rents office space to everyone from individuals to enterprise companies in major cities such as London and New York with more flexible terms than traditional leases.

$12.8 billion has been raised through 14 funding rounds. Investors include SoftBank, Goldman Sachs, and Benchmark.

Expansion and popularity do not always correlate with profit, however, and despite a claimed valuation of $47 billion only months ago, the moment the firm filed its 359-page S-1 form with the SEC in preparation for the IPO, the game changed.

WeWork revealed a catalog of potential investor risks, dubious activities by former CEO Adam Neumann, and a failure to generate profit including an operational loss of $1.37 billion in the first half of this year.

The filing read that should expansion continue along its current trajectory, "we may be unable to achieve profitability at a company level [..] for the foreseeable future."

Neumann was ousted as CEO following a Wall Street Journal expose on the executive's behavior. The report claimed, among other things, that Neumann was known for partying and harboring a love of expensive tequila and borrowing heavily against his stock.

It is now up to Minson and Gunningham to restore investor confidence and shake-up WeWork's business model to secure profitability. Minson is WeWork's former co-president and CFO, whereas Gunningham formerly acted as vice-chairman.

"While our business has never been stronger, in recent weeks, the scrutiny directed toward me has become a significant distraction, and I have decided that it is in the best interest of the company to step down as chief executive," Neumann said.

It was hoped the IPO would raise as much as $4 billion, according to the New York Times, and a debt package worth $6 billion had been lined up in expectancy of the public offering. Now, however, people close to the matter say a new loan is being negotiated -- and it will likely be less than $6 billion.

CNET: Here's when 5G could make an actual difference in your life

Before new loans can be secured, WeWork is being pressured to raise its own funding. This may include the sale of stock privately, as well as the sell-off of real estate.

Current estimates suggest the firm's valuation has now sunk to between $10 billion and $12 billion. Without a serious cash injection, it is possible WeWork will run out of cash in mere months.

The Financial Times says that the new co-CEOs are expected to announce a round of layoffs and heavy restructuring.

Standard & Poor's recently reduced WeWork's credit rating from "B" to "B-," further highlighting concerns over the firm's ability to raise funding and become financially stable. Its outlook has also been switched from "stable" to "negative."