Microsoft has morphed into an interesting blend of practicality and aspiration these days. Here's what that meant for the company in 2018 and how it could shape Redmond in 2019.
Written by Mary Jo Foley, Contributor on Dec. 13, 2018 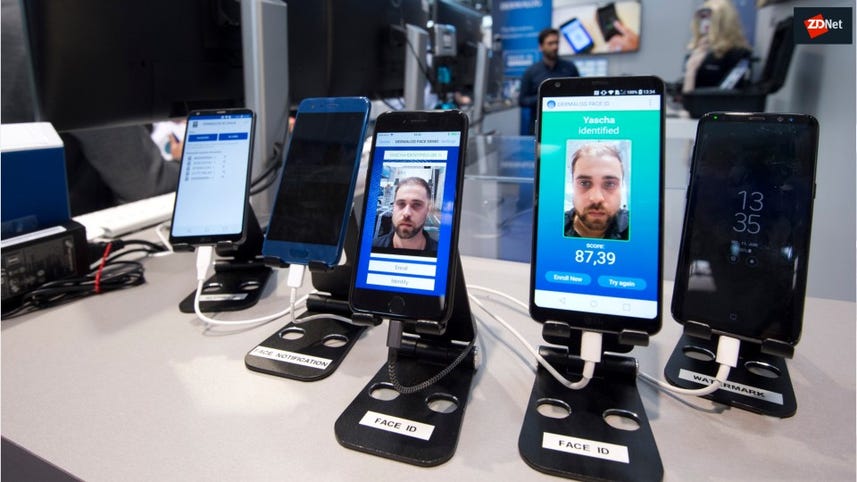 As 2018 comes to a close, it's interesting to watch various parties attempting to analyze the reasons behind Microsoft's "comeback." It's the change in culture, some argue. It's the focus on open source, say others. It's because Microsoft is (or isn't) the next IBM, armchair pundits pundicize.

My take: Microsoft has evolved into an interesting blend of practicality and aspiration. And this combination is what makes Microsoft tick these days. It is driving the company's acquisitions, its new product launches and its retrenchments.

Instead of filing my usual look back/look ahead column, I've decided to try to encapsulate some of the lesser-understood but important business and strategy changes Microsoft instituted recently and is likely to continue into 2019 as my annual Microsoft year-end wrap.

Since Satya Nadella took the CEO spot almost five years ago, it's been hard to avoid reading about Microsoft's new mission statement: Empower every person and every organization on the planet to achieve more. But many underestimate how this sappy-sounding tagline plays into how Microsoft operates these days.

Chris Capossela, Microsoft's Chief Marketing Officer, recently explained the impact of turning Microsoft into a "mission-driven company" during an appearance at the UBS Global Technology Conference.

"One of the most fundamental things that I don't think people yet understand about Microsoft is we make that mission come true in the business model we've moved to, which is a consumption-based model," Capossela said.

When Microsoft axed a bunch of its sales people and reorg'd that team back in 2017, the company instituted a new sales compensation model based on use instead of units sold. Azure, Xbox and Office 365 customers are billed for what they use, which means if they aren't using something, Microsoft gets an immediate signal that a product or service is in need of a revamp.

"We feel more like a partner to our customers and less like a licensing machine," Capossela said of the change. (This is one of the big reasons why Microsoft increasingly pitches customer wins as "partnerships," instead of case studies.)

Also: Is Windows 10 still telling Microsoft what you're doing even if you don't want it to?

Microsoft's decision this year to cleave the Windows unit in half and no longer include a dedicated Windows representative on the Senior Leadership Team is in keeping with the company's ongoing and concerted effort to try to back away from its image as "the Windows company." Microsoft these days prefers to cast everything about Windows as part of its "Microsoft 365" -- Windows 10 plus Office 365 plus Intune management -- strategy.

In addition to looking to create brand-new cloud and edge revenue streams for the company, Microsoft also is honing in on untapped niches, especially with Microsoft 365. One example: firstline workers -- the group of individuals who need certain productivity-focused software and hardware to do jobs in customer service, on factory floors and the like. This is going to be one of the places Microsoft focuses heavily in the next year and beyond with Office.

Also: Microsoft is close to bringing recognition of multiple different voices to Cortana

"There's a whole set of first line workers that have never had technology, depending on how you measure them it could be 2 billion to 3 billion people in the world that are employees or workers of some sort that really for the most part don't have technology," Ron Markezich, Corporate Vice President of Microsoft 365 Commercial, recently told attendees of the Wells Fargo Tech Summit.

"We've really focused our engineering efforts on meeting the needs of that (firsline worker) population. In the past we had tried to just take what we offered for information workers and made it cheaper and slimmed down for these first line workers and that didn't work at all.... So that's subscriber expansion in a population that, frankly, never subscribed to anything from Microsoft," Markezich explained.

Microsoft's aforementioned salesforce reorg also resulted in the company focusing on a handful of vertical markets. Microsoft already is looking for ways to make Office more appealing to the healthcare industry, specifically. I bet we could see more "Office verticals" in the months ahead, too.

Company officials say they believe they now have the right data and analytics tools in place to know how much it costs to acquire new Azure, Xbox and/or Surface customers. They have visibility into things like the lifetime value of an Azure or Surface customer to Microsoft. These metrics have helped Microsoft craft and justify a return to its enterprise and productivity roots after a number of lost years of trying to be Apple and Google.

As of 2018, Microsoft had one product family focused exclusively on consumers and that's gaming. Microsoft is pouring money into gaming and has decided to go all-in with this business. Officials still aren't ready to say that Microsoft is an enterprise company with a gaming business, however. In 2018, Microsoft also decided to take another stab at winning back consumers with its "Modern Life"plans The thinking is that Microsoft productivity software, hardware and services have a place with "professional consumers," too.

As evidenced in recent keynote speeches by Nadella and other top Microsoft execs, Microsoft plans to continue to play up its trustworthiness and commitment to privacy (compared to companies like Google), a willingness not to encroach on its customers' line of business (like Amazon). "AI" arguably replaced "digital transformation" as Microsoft's most often used buzzword in 2018 and I see no signs of that abating in 2019.

Microsoft consciously has trimmed its marketing spend as a percentage of revenue over the past few years. It has moved to consolidate product announcements around its handful of key conferences and industry events, rather than spreading them out throughout the year (which may explain why 2018 felt fairly quiet to a number of us reporters and bloggers). But never fear: We Microsoft watchers still plan to bring you lots of new codenames, reorg emails and product roadmaps in the new year and beyond...

Here's a look at the annual run rates, hybrid cloud strategies, and approaches to artificial intelligence and machine learning among the public cloud providers.