Ready for Windows 10 April 2018 Update? How to take control

Microsoft has begun the long, slow roll-out of Windows 10 version 1803 via Windows Update. Here's how you can take charge of the update process, avoid unpleasant surprises, and schedule the installation for a convenient time.
Written by Ed Bott, Senior Contributing Editor on May 10, 2018 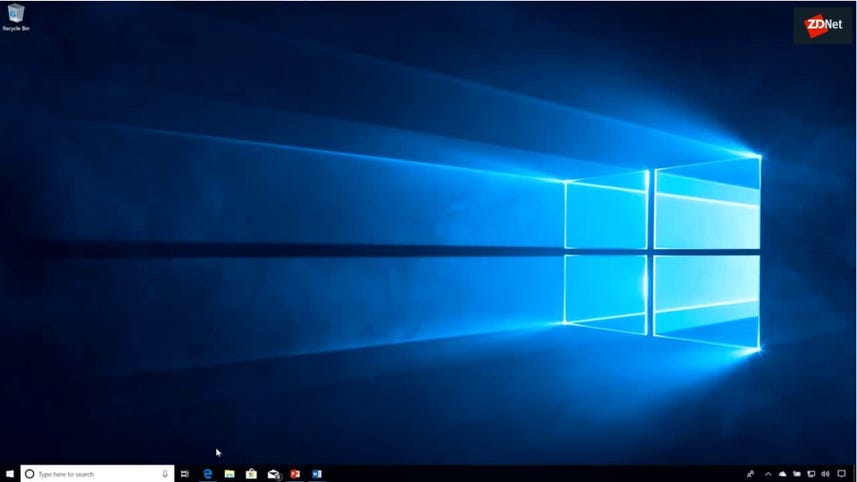 [This article was originally published in August 2016 for the release of the Anniversary Update. It has been revised completely for the April 2018 Update. The current version was published May 8, 2018.]

The Windows 10 April 2018 Update, version 1803, will begin arriving automatically on some PCs beginning on May 8. (Early adopters have already had access to the upgrade since its official release on April 30.)

When will the PCs in your home and office receive this feature update?

CNET: Microsoft Build 2018: Everything that was just announced

That question's not just a matter of idle curiosity. Because this is essentially a full upgrade, it requires a large (several gigabytes) download. In addition, the installation process takes more time than a normal monthly cumulative update, which means you probably want some warning before the upgrade takes over your PC.

If you're ready, willing, and even eager to install this update, you can begin the process manually. If, on the other hand, you would rather watch and wait as other people shake out the inevitable bugs, you can defer the upgrade by weeks or months.

And if you're an IT pro in charge of deploying Windows 10, you have a whole different set of tools at your disposal.

Doing nothing at this point means Microsoft will decide when to deliver the April 2018 Update via Windows Update. The exact date on which it arrives depends on four factors:

With that background, here are your options.

As was the case with the previous Windows 10 feature updates, Microsoft is "throttling" delivery of this upgrade through Windows Update. Devices that will receive it first are those that should, in theory, be best equipped to deal with it. Currently supported Microsoft Surface devices should be very high on this list, for example.

There's no official word on how long it will take for the full population of Windows 10 PCs to receive the update, but if past performance is any indication it will probably take four months or more before every PC without a blocking issue is offered the update.

When the update is available for a PC, it will download in the background and perform several preliminary installation steps automatically, without requiring intervention on your part.

If you want to begin the process manually, you can do so by going to Settings > Update & Security > Windows Update > Check for Windows Updates.

In a noticeable change from previous feature updates, you should receive advance notice that the update is ready for the final stage of installation. When you see this message, you can schedule a restart time, begin the update immediately, or delay your decision until later.

On a modern PC with solid-state storage, the visible portion of the update should take between 10 and 30 minutes; if Windows is installed on a conventional hard drive, the process will take longer. You can schedule an installation time up to five days in the future, but you can't postpone it indefinitely.

The trouble with waiting, of course, is that you risk having the update arrive at an inconvenient time - as you're scrambling to leave for a business trip, for example.

In that case, one option is to initiate the update manually. You can do that by going to the Windows 10 download page and clicking the big Update Now button.

That button runs the Windows 10 Update Assistant, which downloads the installation files in the background and then allows you to schedule the upgrade.

Note that on some PCs with minimal resources, the Upgrade Assistant won't work. On devices that don't have enough free storage for the upgrade to succeed, the workaround is to use the Media Creation Tool (also available from the Windows 10 download page) to kick off the upgrade.

You can also begin the update immediately by mounting an ISO file and double-clicking Setup.exe. The Media Creation Tool offers an option to download an ISO file that contains all retail editions of Windows 10 version 1803; you can also use an ISO file downloaded as part of a Visual Studio or Microsoft Action Pack subscription or another similar Microsoft program.

If you're not ready for the April 2018 Update and you are running Windows 10 Pro, Enterprise, or Education editions, you can defer the upgrade, using the instructions I published here: Windows 10 April 2018 Update: Act fast to delay this big upgrade.

Those detailed instructions involve one or both of the following settings:

Change a PC's servicing option to the Semi-Annual Channel. In this configuration, you'll continue to receive security updates for your installed edition, but you will not receive the April 2018 Update via Windows Update until Microsoft declares that it's ready for widespread business deployment.

Typically, this step occurs roughly three or four months after the initial Semi-Annual Channel (Targeted) release. That should mean that the April 2018 Update will reach PCs in this servicing group in August or September 2018.

Using other options in this same group of setting, you can defer the upgrade by an additional period of up to 365 days.

If you just want a brief delay, you can defer all updates (security updates and feature updates alike) by up to 35 days. To do so, go to Settings > Update & Security > Windows Update > Advanced Options, and enable the switch under Pause Updates.

If you're running Windows 10 Home, none of these settings are available.

Although there are awkward workarounds that can further delay a feature update on devices running Windows 10 Home, none are officially supported and most have unfortunate side effects.

For any Windows user that considers deferring updates an important feature, I strongly recommend upgrading to Windows 10 Pro. You can so by paying $99 for the upgrade or using a product key from an older Windows Pro or Ultimate version, as I explain here: How to get a cheap (or even free) upgrade from Windows 10 Home to Pro.

If you're an IT pro with Microsoft deployment tools at your fingertips, you can take control of the process the way you traditionally have.

The installation bits for Windows 10 version 1803 should be available on Windows Server Update Services (WSUS) now. An administrator still needs to approve the feature update package before it's deployed. Devices on your network will receive version 1803 as soon as you approve it, unless you've configured them to defer feature updates.

If your organization uses System Center Configuration Manager, you also need the installation bits from WSUS. Your servicing plans will determine when the package is deployed.

For organizations with Windows 10 Enterprise licenses, you can download the installation media from the Volume Licensing Service Center and use Configuration Manager task sequences to deploy it.