Full Bio
Posted in All About Microsoft on July 9, 2018 | Topic: Mobility 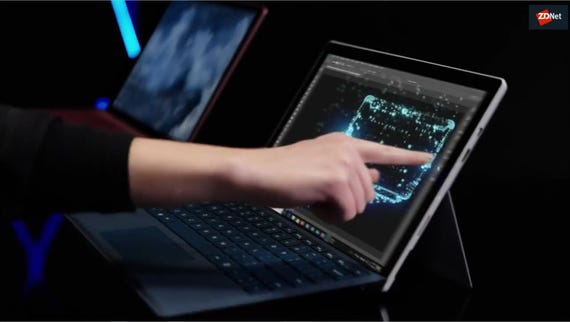 Microsoft is readying a new, low-end Windows 10-based tablet designed to compete with smaller and cheaper iPads: The Surface Go.

Those who have been keeping tabs on Microsoft's hardware strategy likely have one key question about the Surface Go -- Why?

Why did Microsoft build this 10-inch, Pentium-based device, given that the company's mission with its Surface products has been to go somewhere its OEM partners have not gone before -- in other words, to create new and previously untapped markets/categories for Windows devices.

So what's unique about the Surface Go?

Microsoft quietly has shifted its goal for Surface hardware from carving out new niches which can be exploited by Microsoft and its OEM partners, to expanding the overall market for Surface. With the Surface Go, Microsoft is looking to attract new, first-time Surface device users. Some of these may be individuals who always wanted a Surface but couldn't afford it until now, with the base-level tablet on its own costing $399. Some may be people who prefer the premium components and experience that Surface brings to the table over what OEMs have delivered.

Speaking of Microsoft 365, Microsoft isn't just targeting schools, and especially third- through sixth-grade users, with these devices. Retail, banking, manufacturing and other vertical businesses are all on Microsoft's radar with Surface Go. The firsline/frontline workers there likely need custom Win32 apps on their devices, and emulation on an ARM processor would probably be a less-than-optimal experience. That is likely one reason the Surface Go is Intel-, not ARM-based for now, anyway.

Microsoft officials said learnings from the company's Surface 3 device were inspirational in devising the Surface Go. One of those lessons, no doubt, was how many people want and need built-in LTE. Microsoft is planning to field some unknown number of configurations of the Go with built-in LTE starting this fall. The company also may be adding an 8GB RAM/256GB SSD storage version (with and without LTE,) to its Surface Go line-up. That version is mentioned in some Microsoft marketing materials, but is omitted in others.

Surface has been a small but decent business for Microsoft over the past couple of years. Moving forward, it feels like Microsoft Surface execs are hoping the Surface Go could become a breakout hit for the company.

Join Discussion for: Why did Microsoft build the Surface Go?