Windows 10 version 2004 users face another glitch that can turn a connected display black when they're drawing.
Written by Liam Tung, Contributing Writer on June 9, 2020 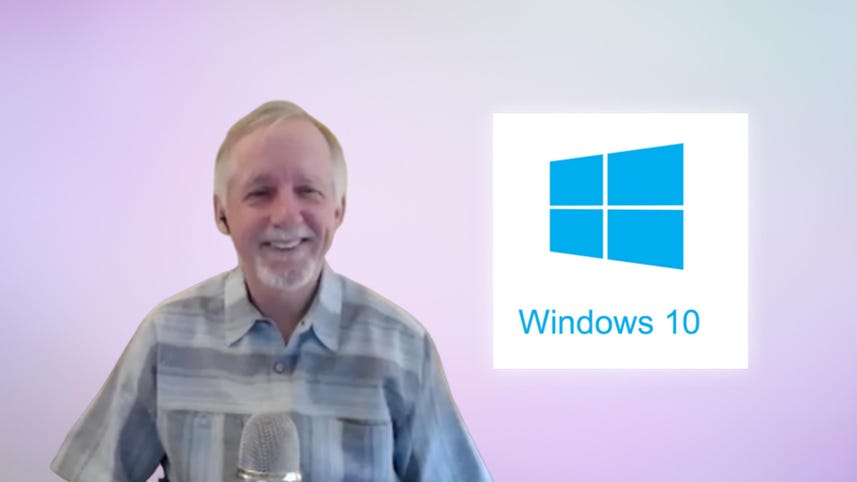 Microsoft has confirmed an obscure bug affecting PCs with Windows 10 version 2004, which causes an external display to go black when users draw within Office apps.

The new display bug, spotted by Bleeping Computer, hasn't been added to the Windows release health dashboard. However, Microsoft has published a support note detailing the external display issue that can happen when using any app that supports drawing.

"If you have a device running Windows 10 version 2004 with a built-in screen (such as a laptop or tablet) and a connected external display set to Duplicate your primary screen, you might see both monitors flicker and the external monitor go black if you try to draw using an Office app (such as Word)," Microsoft said.

"This can also happen with some other apps capable of drawing, such as Whiteboard. If you check in Device Manager, your graphics controller will have a warning icon next to it (a yellow triangle with an exclamation mark in it)."

The good news is that users can recover an external monitor once the device is restarted. The bad news is that Microsoft hasn't offered a timeframe for a fix.

"Microsoft has confirmed that this is a problem in Windows 10 version 2004. We are working to fix the issue in a future version of the operating system," it said.

The external display issue adds to the pile of problems discovered since Microsoft released the Windows 10 2004 feature update to mainstream users on May 27.

Microsoft has even blocked Windows 10 2004 from installing on its own Surface devices, though Tero Alhonen reported on Monday that his Surface Pro 4 had received the update.

Microsoft's Windows release health dashboard details a compatibility hold on Surface Pro 7 and Surface Laptop 3 due to Always On, Always Connected problems, but users have reported being unable to install it on the Surface Pro X too. Microsoft says an update addressing Surface compatibility with Windows 10 2004 should be available in mid-June.

Lenovo has also cataloged issues that owners of its various ThinkPad devices may experience in upgrading to Windows 10 2004.

These problems range from BSODs for the ThinkPad P70 at one extreme, to a yellow warning mark appearing on the disk drive in Device Manager for other ThinkPad models, an issue Lenovo describes as "a limitation of the operating system".

In some cases, Lenovo suggests workarounds but the company also provides target dates when the issues should be fixed.