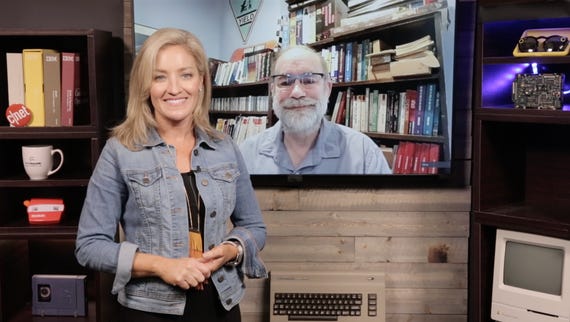 Wine, the software that Microsoft has partially credited with making Windows 10 Windows Subsystem for Linux possible, has been updated with over 7,400 changes.

Wine is a compatibility layer, designed for Unix-like OSes, which enables Linux and macOS systems to run Windows applications.

Back then, Microsoft's top echelons refused to publicly recognize the existence of Wine, which meant its developers were even flattered by Microsoft's effort to block Windows and Office updates to Wine users because at least it showed Microsoft had acknowledged their presence.

But in today's tech world of cloud computing, interoperable systems, and receding desktop sales, Microsoft has come out as a supporter of the techniques Wine developers used to make Windows software compatible with Linux machines.

Microsoft last week filed an amicus curiae brief in support of Google's position against Oracle's claim that software application programming interfaces (APIs) can be copyrighted. Google's case in the US Supreme Court is scheduled for March.

Microsoft held up Wine as an example of the importance of open APIs that a victory to Oracle could threaten, which in turn could prevent it in future from creating a feature like WSL – a layer in Windows that lets developers who use Linux command-line tools create applications in Azure.

"In another example from the 1990s, an open-source developer created a program called Wine, which allowed developers to enable Windows applications to run on computers that used the Linux open-source system, without explicit authorization from Microsoft," wrote Microsoft.

"To create Wine, the developer 'use[d] the same hierarchy of function names' of various Windows APIs. Years later, Microsoft created 'the inverse of Wine', reimplementing the structure of certain Linux APIs to create the Windows Subsystem for Linux, a program that allowed Linux programs to run on Windows.

"The Windows-Linux experience shows that reuse of functional code is a two-way street that benefits both the original creator and the follow-on developer – and ultimately the consumer."

SEE: Microsoft and IBM: Here's why we back Google in Oracle Java API copyright case

The Wine 5.0 update takes advantage of this two-way street, introducing Portable Executable (PE) modules, which are built in the Windows binary PE file format that's used in executables and DLLs.

According to Wine developers, now the "PE binaries are copied into the Wine prefix instead of the fake DLL files", making the prefix look "more like a real Windows installation, at the cost of some extra disk space."

The new release also supports multiple displays and monitors, and there's Vulkan driver support up to version 1.1.126 for Android.

Join Discussion for: Wine for running Windows 10 apps on Linux...