Microsoft fought a late start in trying to establish Cortana as a premiere voice agent leveraging the company's AI research. But the lack of a Trojan horse for distribution made it the company's latest casualty of a hedge for a client future beyond Windows.
Written by Ross Rubin on Jan. 29, 2019 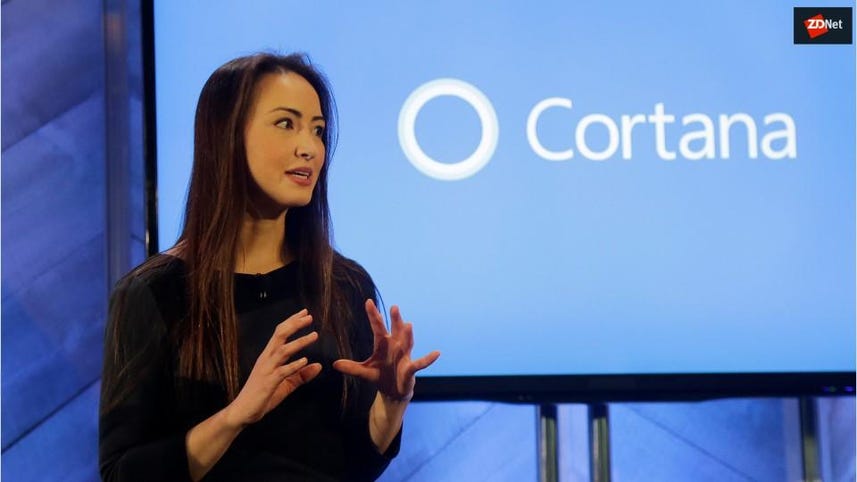 In the short life of Cortana as a contender as a general-purpose voice agent, the digital persona inhabited a Harman Kardon speaker and maintained a friendly peer relationship with Alexa, a more popular member of the Fellowship of the Blue Ring. But Cortana will no longer vie for market dominance with Alexa or Google Assistant. Indeed, the exact nature of how it will carry on in relation to those juggernauts remains unclear.

Without the potent mobile base of Apple's or Google's assistant or the retail expanse through which to bulldoze nearly all that answers to "Alexa," it's not surprising that Microsoft quickly fell behind in its quest to develop a fourth primary voice-driven agent. Still, despite Cortana's failure to make a measurable market impact, the world -- at least the world of work on which Microsoft has focused -- could use something of its ilk. It's all well and good to ask a disembodied voice to play an artist radio station or turn on a dishwasher. Many of us, though, would find more hours brought into our day by having a trusted, secure agent that could sift through our workplace content, dynamically retrieving and integrating information in such contextual digital storehouses such as SharePoint, Exchange, and Microsoft Teams.

Microsoft noting only that it hopes to see Cortana as a kind of skill (or perhaps skill set) that lives is accessed via its former rivals. Microsoft seems well on that path when it comes to Alexa, but both Amazon's and Google's agents are making it easier for third parties to develop their own skills. However, Microsoft may have waning control over the endpoints through which such requests can be made. This continues a troubling pattern for the company, which has now had to bid a partial or complete retreat from many next-generation platforms. These include smartphones, wearables, and now home speakers.

To be fair, Microsoft's retreat from the race demonstrates considerable financial prudence. Once, for example, Microsoft chased the iPod market with Zune. Now, at a time when Apple's wearable revenue has eclipsed what was the peak of iPod revenue, the Microsoft Health Band is a distant memory. And while the HoloLens remains the crown jewel of its client technology, its limited distribution and horizontal application selection makes owning it about as practical as royal headwear.

Microsoft could credibly assert that its success in cloud-based technologies insulates us from the client platform wars, particularly when the businesses with which we interact are using its services and making technology choices for us. Still, in terms of client-resident technologies, which are still very important for Microsoft, the company continues to struggle to incubate anything that transcends the PC. Say what you want about Apple hitting the iPhone volume wall, but Apple has a strong position in wearables and AR and is willing to embrace high-volume third-party speakers for its media services even if they compete with its own.

Nearly a year ago, I wrote about how Microsoft had a clean slate problem. Prompted by the quick retreat from Windows 10S as a standalone operating system option, that column focused on software. But as Microsoft clearly understands from reorganizing Windows and its device businesses as one group, the two go hand-in-hand.

Microsoft CEO Nadella makes it official: Cortana is an app, not a standalone assistant

Microsoft has continued to waffle around how exactly it plans to position Cortana. But CEO Satya Nadella gave the clearest explanation so far: Cortana will be a skill, not a head-to-head competitor with Alexa, Google Assistant and Siri.

Microsoft will divorce search from Cortana in Windows 10

Looks like they're splitting amicably based on the latest preview build of Windows 10.

Tablets
The 5 best typewriter keyboards of 2022

The 5 best typewriter keyboards of 2022