Ask anyone who has used an Amazon Fire Phone one key question: "What's the point of it?"

Amazon's debut smartphone, the Fire Phone, offered me only one worthwhile reason to buy it: a technological tax write-off. But even after about a month after I shelled out the $650 for the phone out-of-contract, there's no way to shake the lingering feeling that it's still a financial dead weight in my pocket. 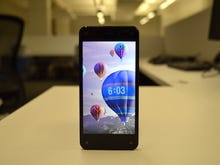 The Fire Phone has one flagship feature: a display with three-dimensional aspects. Other software elements in the retail giant's debut smartphone are gimmicky at best. This device feels like a work in progress.

It seems others have been less foolish with their purse strings.

The latest data, published first by The Guardian, suggests "no more" than 35,000 devices have been sold by the retail giant in the past two months, according to combined Chitika and comScore data.

By comparison, Apple sold nine million iPhones during the first weekend of its launch, while Samsung sold 11 million devices during its debut month.

Even the sinking ship of former phone giant Nokia, which in its last set of results before it was snapped up by Microsoft, reported 8 million Lumia smartphones sold during one three-month period.

Make no mistake: Amazon's debut into the smartphone market has been tepid at best, and likely for one reason. The Guardian's Charles Arthur said it straight-up: "The Fire Phone looks more like a curiosity than a barnstormer."

The Fire Phone is stuck in "purpose purgatory." It doesn't offer any defining features that might compel the ordinary smartphone user to want it.

Yes, it has the Dynamic Perspective display that wows the user (at first, but it quickly wears off) with a three-dimensional display effect. And it has Mayday for near-instant video-based customer service. And it has Firefly, which is designed to scan items in the user's surroundings and match them with an online retail e-commerce plug .

But it doesn't offer anything practical for potential customers to dive into a technology, which is becoming more and more personal to our everyday lives.

A smartphone isn't just a messaging or calling gadget. In it, we hold our photos, our music, videos, and emails, documents and Web favorites. And though the Fire Phone offers all of these things, it's unchartered territory for anyone who might consider switching away from the comfort of their iPhone, Android phone, Windows Phone, or even their BlackBerry.

Amazon has two more problems it has to weed out: 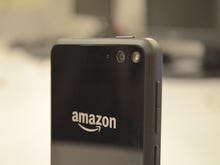 Hands-on with Amazon's Fire Phone: A closer look at the hardware

Where's the revenue? Until potential users work out exactly what the phone is for, its smartphone unit will remain a razor-thin profit generator — if any, whatsoever. According to tear-down experts iFixit, each device costs about $205 to build . With a price tag of $199 from AT&T or about $650 without a contract, the final estimated figures for revenue return could technically leave the company in a deficit. That said, it's almost certain that not all Fire Phone buyers would have bought the AT&T version — I certainly didn't.

A gateway drug for other Amazon services: With Firefly and Mayday — two features touted as flagship features for the device, it quickly becomes apparent that the phone itself is just a gateway for other Amazon services. The phone wants you to plug in your social accounts, and aims to tie your phone to your online retail account — the first such device to offer this at its core. But how many people buy physical items and products on their phones? Unless Amazon can market this feature and change how we fundamentally buy things online, this progressive approach may not take off.

The bottom line: it's a gimmicky device . And until Amazon can figure out how to translate functionality and substance over gimmicks and features, the Fire Phone will remain as a public experiment for a technology giant that's spreading itself too thin.