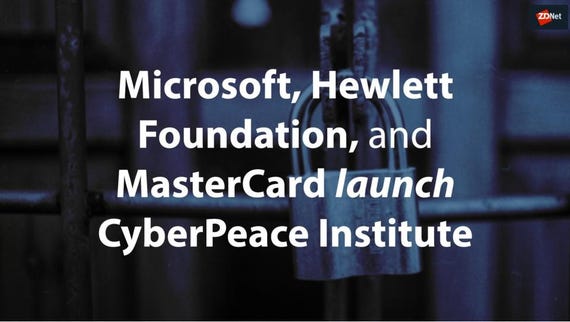 Xerox has set its sights on a far bigger rival than itself. The $8bn printing services company is considering a takeover of personal computer giant HP, as The Wall Street Journal first reported.

On Wednesday, HP confirmed it received a bid from Xerox just a day earlier.

"As reviewed at HP's most recent Securities Analyst Meeting, we have great confidence in our multi-year strategy and our ability to position the company for continued success in an evolving industry, particularly given the multiple levers available to drive value creation.

Against this backdrop, we have had conversations with Xerox Holdings Corporation (NYSE: XRX) from time to time about a potential business combination. We have considered, among other things, what would be required to merit a transaction. Most recently, we received a proposal transmitted yesterday.

We have a record of taking action if there is a better path forward and will continue to act with deliberation, discipline and an eye towards what is in the best interest of all our shareholders."

With a market value of $27bn, HP is about three times the size of Xerox, which also makes printers and copiers, making the move an audacious one if it were to go though.

The WSJ report, citing unidentified sources, said Xerox's board met on Tuesday to consider a cash-and-stock offer at a premium to HP's market value. By merging, the companies could save $2bn in annual costs.

The WSJ also reported that Xerox has received an informal funding commitment from a major bank.

Yesterday, Xerox announced it was selling its 25% stake in the decades-old Fuji-Xerox joint-venture partnership that sells document-related products and services in the Asia-Pacific region.

The $2.3bn proceeds from the sale could further contribute to financing Xerox's reported offer for HP.

Xerox has not replied to a request for comment at the time of writing.

The reported news come a year after Xerox abandoned a controversial $6.1bn deal to merge with Fujifilm last year, after investors Carl Icahn and Darwin Deason lobbied against the agreement, claiming that it undervalued the firm.

Palo Alto-based HP has for its part been facing a challenging market in recent years, as well as sudden changes of leadership.

Last August, its CEO Dion Weisler announced he was leaving the company for personal reasons, and was replaced by the head of its printing business Enrique Lores.

HP's fiscal results in Q3 2019 showed a 5% year-over-year drop in its printing revenue. And last month, it said that it will cut up to 9,000 staff globally, starting in 2020, as part of a company restructure.