KFC aims to create the “restaurant of the future" through 3D printing and lab-grown meat.
Written by Charlie Osborne, Contributor on July 20, 2020 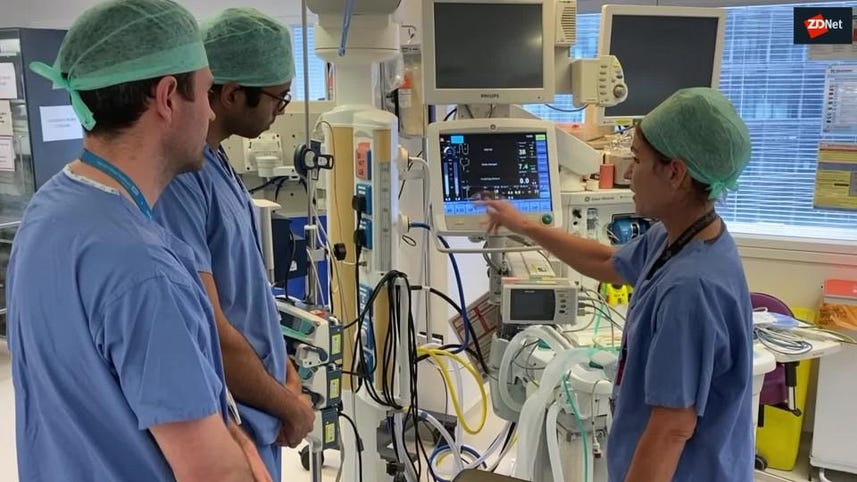 KFC wants to create the "restaurant of the future" by using 3D printing technology to produce chicken nuggets destined for our tables.

In a test aboard the International Space Station (ISS) in 2018, for example, the firm's 3D printer was used to print human cartilage tissue and a rodent thyroid gland.

However, back on planet Earth, the company is now setting its sights on the potential of 3D printed fast food.

See also: Coronavirus and 3D printing: How makers are stepping up to supply vital medical kit

KFC and the Moscow-based company will aim to create cell-based "chicken meat" in labs that will be as "close as possible" to standard chicken nuggets, with final product testing of prototypes planned for fall.

KFC says that exploring 3D printing as a means to produce the "meat of the future" has been prompted by "the need to develop more environmentally friendly methods of food production," as well as to cater to rising consumer demand for alternatives to traditional meat.

However, it should be noted that the 3D-printed products will still be based on animal tissue, and, therefore, would not be suitable for vegetarian or vegan diners.

The laboratory-produced chicken nuggets will be made up of tissues grown from chicken cells combined with plant material to replicate the taste and texture of typical chicken. The bioprinted meat will then be spiced and breaded "to achieve the signature KFC taste," the food chain says.

"At KFC, we are closely monitoring all of the latest trends and innovations and doing our best to keep up with the times by introducing advanced technologies to our restaurant networks," says Raisa Polyakova, General Manager of KFC Russia & CIS. "Crafted meat products are the next step."

The need to innovate has already been demonstrated by KFC with the upcoming US launch of plant-based 'fried chicken' developed by Beyond Meat, a company that specializes in plant-based meat alternatives.

The mass production of lab-grown food is a challenging prospect, but due to global warming and both the environmental impact of raising animals to cater to meat demand and animal welfare concerns, the idea is being widely explored.

According to a 2011 study conducted by Oxford University and the University of Amsterdam, producing so-called cultured meat could cut greenhouse gases by up to 96% in comparison to raising pigs, sheep, and cows. In addition, the researchers estimate that cultured meat production could eventually require 45% less energy, 99% lower land use, and 96% lower water use.

TechRepublic: How companies are getting employees to take vacation this summer rather than hoard PTO

Poultry would take more energy to produce in this way, but far less water and land than traditional chicken rearing.

"In the future, the rapid development of such technologies will allow us to make 3D-printed meat products more accessible and we are hoping that the technology created as a result of our cooperation with KFC will help accelerate the launch of cell-based meat products on the market," commented Yusef Khesuani, co-founder of 3D Bioprinting Solutions.