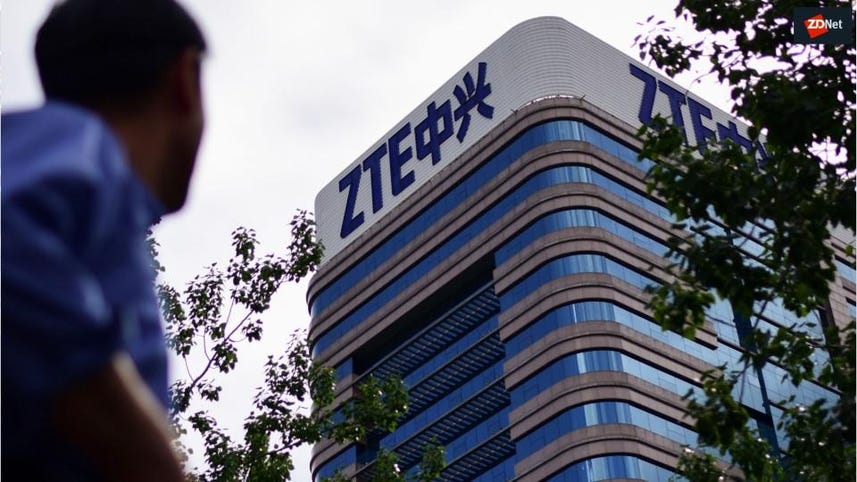 ZTE has teamed up with China Unicom to complete a 5G call on a prototype 5G smartphone, as well as making a WeChat group voice call and browsing the web on the device.

The pair touted the test occurring three months after the release of the 3GPP Rel-15 specification, and used ZTE kit throughout the trial, from the core to the handset.

"This achievement has made Shenzhen field of China Unicom become the world's first commercial test field to make the first call in the NSA mode and it is in compliance with the 3GPP Rel-15," ZTE said.

"[The trial] showcases ZTE's strong competency in 5G R&D and commercialization, demonstrating ZTE's role as a reliable partner to global 5G operators, and a key player in the 5G industry."

ZTE is likely to find its claims of being a global player challenged by the reality that multiple countries have banned it from participating in 5G rollouts.

In August, Australia officially locked out Huawei and ZTE, saying that the vendors were likely to be subject to extrajudicial directions from Beijing, and that the government could not find a set of security controls that would mitigate high-risk equipment in a 5G scenario.

Must read: Dissecting ZTE: What it is and what it wants to be

Australian Signals Directorate Director-General Mike Burgess last month said his agency had recommended the Huawei and ZTE 5G ban because the stakes surrounding 5G could not be higher, as it will see telecommunications networks move to the top of critical national infrastructure lists, and because of concerns that the separation between edge and core networks has diminished, meaning vendors cannot be confined to the edge.

Last month, Japan was said to be examining a government ban on ZTE and Huawei equipment, while this week a bipartisan Bill entered the US Congress to ban the sale of technology to the Chinese pair.

ZTE was previously banned from buying US components after the company was found to have breached a US trade embargo with Iran. The ban was lifted in July, after ZTE agreed to pay a $1.4 billion penalty.

In December, Politico reported that ZTE had hired Joe Lieberman to do a national security assessment of the company, and added the failed Democratic vice-presidential candidate in the 2000 election alongside Al Gore would register as a lobbyist for the company.

Ericsson made a 5G call in September, while last week at CES, Samsung showed off its 5G smartphone prototype encased in glass.