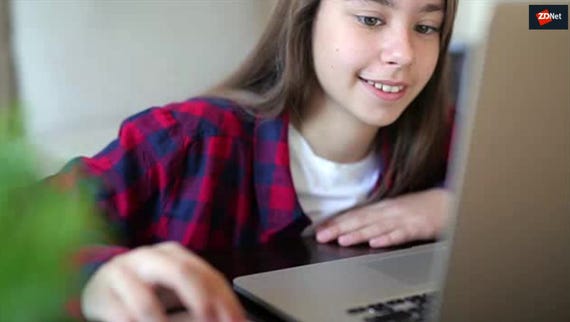 Opera claims its eponymous web browser is "far faster than Firefox Quantum 58." Mozilla claims its better use of CPU time makes Firefox really fast. And when I turned on Edge the other day, it claimed it's the fastest browser of all.

OK, they can't all be right. So, which Windows 10 web browser is the fastest of them all?

I put the most popular Windows 10 browsers to the test. These were Windows 10's built-in Edge 41 and the increasingly decrepit Internet Explorer (IE) 11. I also checked out the latest versions of Chrome 64, Firefox 58, and Opera 51.

Before I jump into the testing, I should mention Opera is something of a Google Chromium -- the open-source version of Chrome -- clone. It uses the WebKit/Chromium rendering engine. That's why Chrome and Opera's performance numbers are often close to being identical.

I benchmarked these browsers on my Windows 10 test PC, a Dell XPS 8910. It's powered by a 3.4GHz Intel Core i7-6700 Quad-Core Processor, backed by an NVIDIA GeForce GTX 750Ti graphics card with 2GB of graphics memory. This system is running with the latest Intel chip microcode, and this tower PC comes with 16GB of RAM and a 1TB 7,200 RPM hard drive. This system is also connected to a Gigabit Ethernet switch. From there, it links to the internet, with a 100Mbps connection. The operating system is Windows 10 Home, version 1709, build 16299.248.

For each round of tests, I ran freshly installed vanilla web browsers after rebooting the system.

Also: VPN services 2018: The ultimate guide to protecting your data on the internet

Which browser is the fastest of them all?

Next up: Kraken 1.1. This benchmark, which is based on the long-obsolete SunSpider, also measures JavaScript performance. To this basic JavaScript testing, it added typical use-case scenarios. Mozilla, Firefox's parent organization, created Kraken. With this benchmark, the lower the score, the better the result.

Octane 2.0, Google's JavaScript benchmark, is no longer supported, but it's still a useful benchmark thanks to its scenario testing for interactive web applications. Octane is not Chrome-specific. For example, it tests how fast Microsoft's TypeScript compiles itself. In this benchmark, the higher the score, the better.

WebXPRT remains my favorite browser benchmark. It's produced by the benchmark professionals at Principled Technology This company's senior staff were the founders of the Ziff Davis Benchmark Operation, the gold-standard of PC benchmarking.

Developers have been working on HTML5 since the late 2000s. It became a standard in 2014. So, you'd think we'd finally all be on the same web page wouldn't you? Wrong.

Also: How to tweak the new Firefox 57 Quantum browser to suit your preferences

What does all this mean?

It means there is no top dog web browser today. There is, however, a clear failure: IE 11. No one should be running IE 11 on any version of Windows. It simply can't compete.

As for the others, even when the benchmarks showed a wide performance difference, I could barely see any real world differences between them.

So, which web browser should you get?

It depends on which browser ecosystem works best for you. I use a lot of Google programs, so it's Chrome for me. Are you wedded to Windows? Use Edge then. Do you like what Firefox has been doing? Then go ahead and use it. Want something a bit different? Use Opera.

Just don't buy the hype that one or the other kicks the other's rump when it comes to raw speed. They don't.