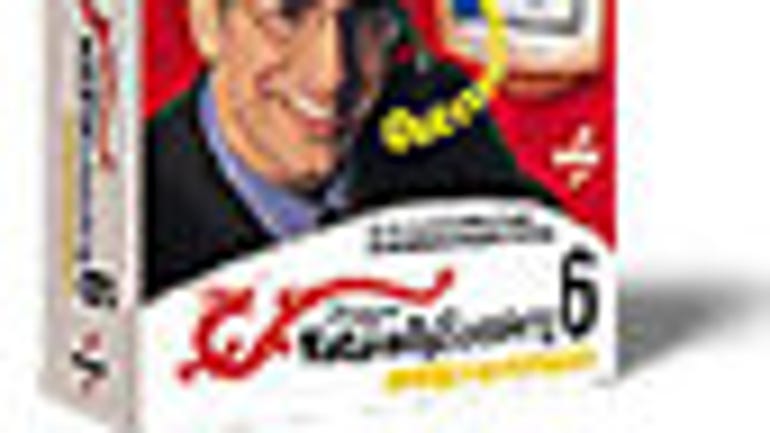 Dragon NaturallySpeaking is back, and this time it's better than ever. When ScanSoft bought Dragon from previous owner Lernout and Hauspie, it resurrected the powerful speech recognition program, and then refined it. Now, NaturallySpeaking 6.0's dictation accuracy beats even IBM ViaVoice 9.0's. This application also works so smoothly with Microsoft Word that we experienced no noticeable delay in the program's speech-to-text transcriptions. No matter what your voice recognition task, at home or at work, turn to NaturallySpeaking Preferred 6.0 first.

Before you install NaturallySpeaking, make sure your PC can handle resource-draining speech software in the first place. NaturallySpeaking 6.0 recommends a minimum processor speed of 400MHz. For really fast transcriptions, however, we recommend 800MHz. At that speed, we experienced virtually no delay between talking and seeing the text on-screen. Make sure you have at least 128MB of RAM, too.

As with all such software, you'll have to train NaturallySpeaking to understand the nuances of your own voice. In our tests, it took only about 20 minutes to install and train NaturallySpeaking -- ViaVoice's install/training process took 10 minutes longer. Next, the Audio Setup Wizard quickly adjusts the basic microphone that comes with the program.

Once you finish the setup and launch the program, a simple toolbar that turns the microphone on or off appears on your screen and lets you access program menus. Now, you just dictate into any active window. We tried dictating into applications such as Word 2002 and Quicken, and had no trouble at all.

NaturallySpeaking 6.0's much-improved accuracy is impressive. In our tests -- in which we dictated a newspaper story, an email message and a business letter -- Dragon scored an impressive 95 percent, meaning it misread only 5 out of every 100 words. That's slightly better than ViaVoice's 92 percent accuracy rate and much better than NaturallySpeaking 5.0's 85 percent.

Less impressive is NaturallySpeaking's new Nothing But Speech feature, which is supposed to filter out ‘ums’ and ‘ahs’. When we deliberately hemmed and hawed during our dictation, Dragon didn't delete the extraneous sounds. Instead, it transcribed our mumblings as everything from ‘a’ to ‘and’ to ‘in’.

As for navigation, NaturallySpeaking gives you better command of and control over Windows and other popular applications -- such as Microsoft Word, Excel, Outlook Express, Eudora and AOL -- than ever before. It lets you launch programs verbally, but you can control your applications with plain-English commands such as ‘Click File’ or ‘Select the next sentence’. Do you require hands-free Web browsing? Dragon has it covered. The program lets you click a link on a page in Internet Explorer by reading the link's first few words. If there are multiple possibilities, Dragon numbers each link, and you simply say the number. NaturallySpeaking also responds to commands such ‘Scroll down’ or ‘Back’. Unfortunately, you still can't read the personalised links you save on IE's Links toolbar. Also, NaturallySpeaking doesn't work with any Netscape browser.

As in previous versions, NaturallySpeaking's enhanced text-to-speech engine speaks in a realistic voice -- and in this version, the voice really does sound more human than robotic. To activate the engine, just select text or place your cursor at a spot, say ‘Read this’, and Dragon will read from that point.

ScanSoft offers telephone support between 9am and 5pm Monday to Friday, as well as email support and, via the Web, product updates, a knowledge base and a user forum.

When it comes to speech recognition, speed and accuracy are paramount -- and that's where NaturallySpeaking Preferred 6.0 surpasses its main competitor, IBM’s ViaVoice 9.0. If you want to talk rather than type, this resurrected program is the one to get.