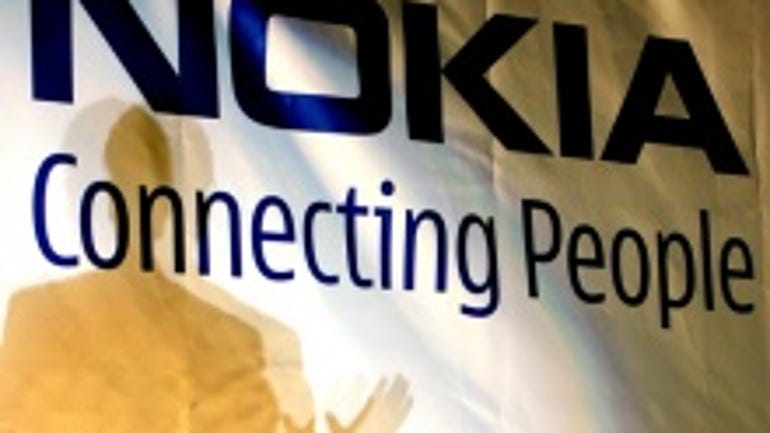 Ella Morton Contributor Full Bio
on November 17, 2005 | Topic: Microsoft
Occupying a space at the top of Nokia's multimedia-driven Nseries phone range is the N92, whose selling point is being able to play live digital TV broadcasts.

Upside
We had a gander at the N92 during Nokia's recent product showcase, and were able to catch the cricket live on the impressively optimised 42.4 by 56.64 millimetre screen. While we've come across real-time TV broadcasts from the 3 mobile network when reviewing 3G phones, the visual details -- such as the position of the cricket ball -- are often difficult to make out on relatively small screens. Shows come through crystal clear as the N92 contains a DVB-H (digital video broadcast for handhelds) receiver, rather the patchy video streams we've seen from 3G networks.

The N92 is different; everything about it, from the screen ratio to the design of the buttons to the speakers, is planned with television watching in mind. Rather than being a novelty or a way to fill in the time on a train, the live broadcast offering is like having a mini television in your pocket. You'll even be able to see where that cricket ball lands.

Battery life for has been quoted as four hours' worth of TV watching, or 14 days standby, which was better than expected.

The N92 is also big on connectivity. Its ability to connect to a wireless network (802.11b/g) means you can transfer files between the phone and your wireless-enabled home computer without needing to be in the same room.

You can also send photos taken with the 2 megapixel camera direct to compatible printers via PictBridge or Bluetooth. We were given a demonstration using PictBridge and an HP Photosmart Compact Photo printer, and were impressed with the speed and simplicity of converting a happy snap from digital to paper.

Downside
A big screen means a big phone, and the N92 is pretty darn hefty. Even those accustomed to the large form factor of many 3G phones may be surprised at how chunky this model is.

The keypad is also a bit awkward to use for dialling and texting, as it has been designed to be used while in the screen-watching configuration. In fact, making calls or sending messages with this phone appear to be incidental features -- it's all about the multimedia.

Outlook
Trials are taking place with broadcasters to determine whether mobile live TV will have a long and lucrative future in the Australian market, so it could be a year or so before we see a comprehensive television programme on the N92. The phone is planned for release in mid 2006, so we'll need to wait at least that long before seeing Warnie in crystal-clear miniature.

Price-wise, no dollar amount has been set yet, but we're hazarding a guess that it won't exactly be cheap to buy a combined television/phone with a huge list of features. As a guide, Nokia has said the N92 will sell at around 600 euros in Europe, which is roughly equivalent to AU$964.