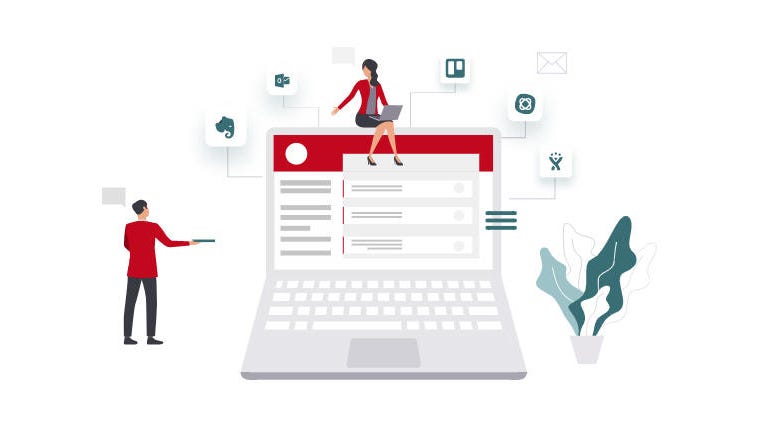 There are dozens of task management and to-do list apps around, and you won't always use only one. You might pick one to use but have another as standard at work, or you might want to use different tools for major projects and individual tasks. If you do have a single favourite, you will still often end up having to manage tasks inside other systems as well, whether that's OneNote, Project, Salesforce or GitHub. Microsoft Flow, Zapier and IFTT all have integrations with various task management tools, but they tend to offer one-way connections for triggering actions rather than two-way sync.

Pleexy promises two-way synchronisation of tasks and task status for Microsoft To Do and Todoist with a short but expanding list of services that generate tasks: Asana, Basecamp, Evernote, Gmail, Jira, Monday, OneNote, Outlook, Trello and Zendesk (with Bitbucket, ClickUp, Confluence, GitHub, MindMeister and Salesforce promised soon). There's no client to install: you use the Pleexy website to set up connections to sync tasks. You don't even have to make a new account on the service -- just sign in with a To Do or Todoist account, authorise Pleexy to access your information, and start connecting to the other services you use.

You can stick with the defaults when setting up a connection or use the friendly interface to pick different options in dropdowns for where to look for tasks, which list to put them in, how to name tasks so it's obvious where they come from, and what to do when they're deleted or marked as complete on either end of the connection. For Microsoft To Do this uses the Graph To Do API, which means you get rich tasks including due dates, status, labels and sub-tasks for complex tasks from services like Trello that have checklists (the sync options are similar for Todoist).

The available options vary with each task source: for Outlook you can use the priority setting of emails to make tasks high priority; for Trello you can sync tasks based on who they're assigned to.

You can create two connections that synchronise every five minutes without having to pay for Pleexy (and you can try out more connections during the limited free trial). It will be most useful for people who need to connect more task sources though: the Premium Plan is $40 a year (or $4 a month if you don't want commit for that long) for unlimited connections with continuous sync. You'll want that so you can hook up multiple sync processes, like having flagged paragraphs in different OneNote notebooks, or different Trello boards go into different To Do lists, as well as if you have both home and work accounts on the same service that you want to consolidate.

Microsoft To Do is already integrated with Outlook, with flagged emails showing up in their own section, but you don't get very much control. With the Pleexy connector, you can choose which list flagged messages are added to, and you can customise the title of a flagged message (including the folder it's from or the sender, for example). With flagged messages appearing in the list you're already checking for tasks you create yourself, you might notice them more: we found we were adding flagged emails to the My Day section to deal with directly, instead of forgetting that there was a separate view for emails, making a new task without a link to the flagged message, and then having to search for it in Outlook to tick it off once it was completed.

You also get the entire email message instead of the first few lines and a link to open the rest of the message in a web browser (Microsoft still hasn't managed to make To Do open your desktop Outlook client, so getting long email signatures in tasks may be less annoying than having to open multiple browser tabs).

Similarly, it's much more useful to have OneNote flagged notes go directly into a To Do list rather than having them only appear via Outlook tasks that you must then move into a specific list. Pleexy manages to offer much richer integrations than the disappointingly basic and rather clunky options built into Microsoft To Do.

If you only want to sync one or two things, the free version of Pleexy is well worth checking out. If you want to sync a complex set of boards or notebooks that need multiple connections, make sure that enough of the services you need are supported before paying up; if the ones you need are there, this is a handy service that's both powerful and easy to use, but we'd like to see a wider range of services on the list for the price.

Microsoft to replace its many mail variants with 'One Outlook'

Zenkit To Do, hands on: Task management, Wunderlist-style

WFH has kept us productive. But it may have made us less creative, too

Work better, do more in 2020: Best practices for better productivity