Amazon Prime 2018 hasn't taken place yet, but we're asking Amazon to clue us in on how much of the shopping done on the day will come via Alexa and what that will mean for the future of voice shopping.
Written by Brent Leary, Contributor on July 10, 2018 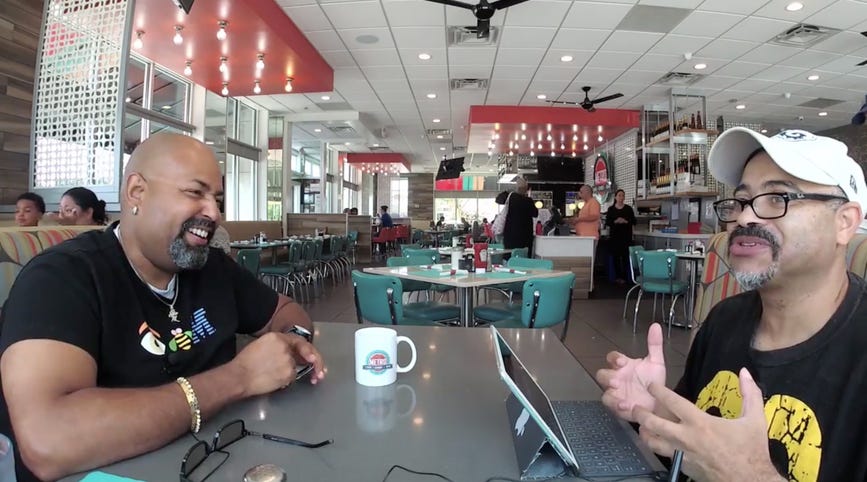 Video: Voice is going to play a substantial role on Prime Day 2018

If you haven't heard already, which would mean you don't have Wi-Fi or a mobile device, Amazon Prime Day 2018 (APD 2018) is a week from today. And you will have no shortage of articles covering it from a variety of angles and perspectives leading up to the big day (and a half).

So, I might as well add my two cents to the mix as well.

Now I'm not focusing on what the best deals are or all you need to know to make the most of APD 2018. You can find that pretty easily, with a great summary of that right here on ZDNet. I'll stick to my lane and focus on a few things I'll be looking for with respect to the role Alexa will play this year, and how what happens next week will set up the holiday season and beyond.

Overall Prime Day Growth: Can it keep up with last year?

One of my favorite things to do over the past few years is read the after holiday press releases from Amazon to get scoop on what took place. So I decided to go back and dig through press releases from Amazon -- with the results of the first Prime Day in 2015, up to the releases detailing results from 2017 holiday shopping season. And there was a bunch of interesting factoids in them, way too much to go into here. But, according to Amazon:

While they didn't give an actual number, estimates from a number of analyst firms and industry sites had sales from APD 2017 near the $1 billion mark, since estimates the year before were in the $600 million range. And, as great as that number is, it was surpassed by Cyber Monday 2017 as Amazon's biggest selling day ever.

That's a lot of growth and momentum going into next week, and a lot of expectations to live up to. It will be interesting to see if APD 2018 can grow at the same clip as in previous years and also top Cyber Monday 2017's single day sales record. It should definitely be bigger, as there are now over 100 million Prime members (up from the 80 million-ish this time last year), more countries participating (18 vs. 13 last year), more hours (36 vs. 30), and more hype.

There's also Whole Foods, which wasn't officially on board for APD 2017. However, by last year's Black Friday/Cyber Monday shopping weekend, the Echo Dot was the best-selling device at Whole Foods that weekend, according to Amazon. But, really, how many other devices are people buying in Whole Foods? Anyway, this year Whole Foods is definitely playing a role in Prime Day, so it will be interesting to see what kind of impact it will have on overall Prime Day sales.

And just as I was about to wrap this up, wondering if APD 2018 could do $1.6 billion and meet the 60 percent from last year, I literally see a headline that estimates a record $3.4 billion day. If that even comes close to happening, we are in for some interesting after shocks...

What Percentage of Sales Come Through Alexa?

As I recover from the $3.4 billion projection, I can't help but wonder what role voice shopping will play this year for Prime Day. Earlier this year, OC&C Strategy Consultants predicted voice shopping would hit $40 billion by 2022 in the US and UK -- up from $2 billion today. Now it's not often you see a twenty-bagger in four years' time in terms of sales growth. But if ever there was a showcase for why that number is legit, APD 2018 is it.

Read also: How to make the most of Amazon Prime Day (TechRepublic)

Last year, the Echo Show had just gone GA at the end of June, so not too many folks had them at the time. There was no Echo Spot. Amazon hadn't acquired Blink or Ring. So the breadth and depth of Amazon's Alexa-enabled device line has changed dramatically since APD 2017.

As all these additions to the device line rolled out over time, more interactions were taking place through them. So much so that Amazon's 2017 holiday results press release included a section for Amazon Devices and Alex for the first time, including stats like:

Now, Alexa being used more than a million times to turn on the holiday lights is a pretty big number. So is the 889 percent increase in Fire TV popularity, and the three-times increases in other Alexa usage scenarios.. Although, since we don't have actual numbers, we don't really know how impressive (or not) those numbers are. But usage numbers are partly a function of how many devices are sold and being used. These numbers from the 2017 holiday season press release help shed some light on those number, like:

This latter group of numbers feel aligned with the thought that people are buying these devices at an impressive clip. And as they get comfortable with using these devices, they use them for a growing variety of reasons. I'm hoping APD 2018 will be the event where Amazon starts sharing some more details around not just around how many units of Amazon devices were sold, but what dollar amounts did voice shopping generate on the day.

It also would be cool to know percentage of Prime households own at least one Echo device, because, according to Consumer Intelligence Research Partners (CIRP) LLC, Echo owners spend approximately $400 a year more than Prime members ($1,700 vs $1,300). Based on the above bullet points, there's a pretty good chunk of Prime members using Alexa to buy Echo devices, but I'm guessing they're buying other stuff, too.

Also, what percentage of overall sales came via voice shopping would be nice to know. I know I'm dreaming a bit here, because I really don't expect to get those numbers, but it doesn't hurt to ask, does it? At least give us one of those two-times or three-times numbers to let us know if voice sales as a percentage of overall sales increased dramatically, or significantly, or at all. I know I'd appreciate it, and I'm guessing those estimating the voice shopping sales numbers will too, as Amazon will no doubt be leading that as well, as it does online shopping in the US.

I could go on, but it may be easier to check out the embedded video above as I discuss this with my Watching Amazon partner and eCommerce expert John Lawson.

According to Amazon's Small Business Impact Report, released in May of this year, more than a million US-based small businesses are selling on Amazon, with more than 20,000 SMBs worldwide doing more than one million in sales last year. And Prime Day 2017 was "another record-breaking success" for SMBs worldwide, according to a company press release. But with all the focus on this year's Prime Day, I'd love to see more specifics around how much are SMBs selling -- and how much of those sales are coming via voice shopping.

OK. I know I'm really asking for a lot, but I'm also really curious about how much small businesses are participating in Prime Day, especially via Alexa and voice shopping. This just came to mind because I got an email from the Amazon Alexa Team about a live Twitch Stream for this Thursday regarding teaching people how to "design, build, and launch rich, conversational skills that deliver customer value and drive habitual use."

Read also: How to make sure your Alexa will never accidentally send recordings to friends

I'm not expecting to see much of any of what I'm asking for in the Prime Day 2018 aftermath press release. But it feels like there's so much riding on this one day. Something that three years ago people didn't take seriously. Three years ago most of us barely knew what an Echo device was or who Alexa is. And now, three years later, a day when expectations are anywhere from $1.6 billion to -- gulp -- $3.4 billion of sales.

But, for me, whatever that top number is, I think the most interesting piece will be how much of it will come from people asking Alexa to buy something. And how many different types of things they ask her to buy. And how many of those things they ask her to buy for them are being sold by those third-party sellers. That may give us an idea of just how big this voice-first economy will be going into the 2018 holiday season and beyond.

Voice and the next generation of CRM adoption

CRM and voice are talked about but not often linked in a practical way. While more is being spent on CRM than ever before, more needs to be done for it to be as helpful as it should be.

Where the world's network operators debate what benefits there may be from relocating network functions from their base stations to cloud data centers. NFV can achieve many goals, yet stakeholders are far from agreement over which goals take precedent.

In this week's Voices Carry, CI expert Brent Leary riffs on the different practical applications that conversational interfaces can have today. This is the real world, after all. They aren't just cute any more.

Speakers
FBI and NSA say: Stop doing these 10 things that let the hackers in

Security
The four-day work week is coming: Here's what it could mean for you