Part of a ZDNet Special Feature: How 5G Will Transform Business 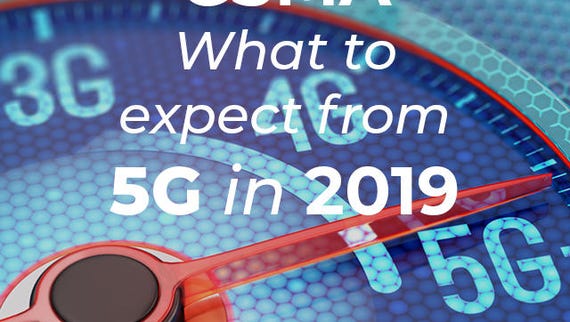 What to expect from 5G in 2019, according to GSMA
Watch Now

Special Report: How 5G Will Transform Business (free PDF) This ebook, based on the latest ZDNet / TechRepublic special feature, explores how 5G will connect the Internet of things, edge computing and analytics infrastructure with minimal latency.

One of the initial selling points for 5G — for consumers at least — is that it will give them the smartphone experience they've always been promised, but never really had.

All that extra bandwidth and lower latency should mean video chats without the stutter, virtual reality and augmented reality without the motion sickness and lag, and apps that can respond based on your location without freezing up.

This is excellent news, of course, and likely to be the first tangible benefit that consumers will reap from the gradual migration to 5G that will be happening over the next few years.

But one issue for 5G smartphones is that, although they will offer better quality services, they may not offer anything especially new. Businesses will, in time, get access to potentially useful 5G-powered Internet of Things (IoT) services, but for smartphone users there isn't going to be much change beyond a speed increase. That might prove to be a headache for network operators and smartphone makers, who will be hoping that the rollout of 5G will kick off a new upgrade cycle.

Over time, then, 5G may well push consumers towards alternative and in-development devices instead.

"With 5G acting as the fulcrum, the market is also set to witness the introduction of new device form factors that leverage a host of new and improved technologies, activated by cues taken from users' surroundings, applications, or circumstances," said a report from tech analyst ABI Research.

Both have been around in prototype form for some time, and will become widely used during the lifespan of next-generation 5G networks — the next decade or so.

Foldable phones will hit the shops first, with the first ones appearing later this year. Foldable smartphones will mean a much bigger screen taking up the same amount of room in your pocket or bag. Those bigger screens will lend themselves to video and richer apps — which will require all that 5G bandwidth.

Slightly further down the line are smart glasses. Some vendors are already testing 5G versions of smartglasses — the idea being that 5G will provide the bandwidth and the speedy response (1ms latency compared to 10ms on a 4G network) that will allow AR and VR to work without inducing motion sickness.

There have been all sorts of false dawns for smart glasses of course.

"However, vendors will need to ensure that these latest innovations provide a clear purpose to consumers, offering strong reasons for purchase, or else they run the risk of becoming low-volume niche products," said ABI Research.

But the combination of smartphone sales levelling off — making smartphone vendors very keen for a new device to sell — and 5G technology coming online could provide the conditions for a breakthrough. A new companion device in the form of smart glasses would help telecoms companies persuade consumers that 5G is something worth paying a premium for, assuming that other challenges (battery life, privacy and the 'glasshole' factor, for example) are addressed.

5G might finally bring the smartphone experience we've always wanted, but may also pave the way for the devices that will replace your phone.

Join Discussion for: 5G points the way to life beyond the smartphone