Acer Swift 5: An antimicrobial laptop that needs a good clean

As a pandemic age gimmick, having an antimicrobial coating is an interesting extra.
Written by Chris Duckett on June 16, 2021 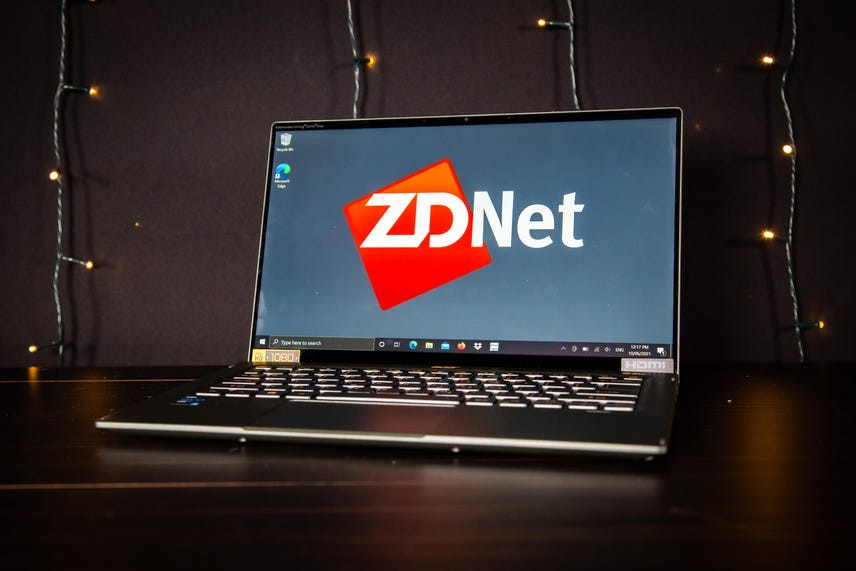 If you head to the Acer Swift 5 product page, it looks like the standard pitch for an Intel Evo laptop: Light, thin, and solid battery life.

The page even boasts an Nvidia discrete GPU that the Swift 5 series doesn't have.

But scroll down, and under the fold lies a feature that seems to be made for a planet battling a pandemic -- an antimicrobial solution.

The short version is the laptop has a silver ion coating on the chassis and screen, which is claimed to reduce the amount of bacteria on the laptop's surfaces.

"For displays as well as touchpads, by incorporating silver ions (Ag+) as the antimicrobial agent into Corning Gorilla Glass, the glass surface can stay cleaner longer and less susceptible to odor-causing bacteria," Acer said.

"This is done via trace amounts of silver ions leaching to the glass surface to eliminate the surface bacteria while still offering other benefits such as improved durability and improved scratch resistance."

That all sounds good, but does it actually help?

"The antimicrobial protection is limited to the touch surface. All antimicrobial solutions including Antimicrobial Corning Gorilla Glass do not claim to protect users or provide any direct or implied health-'benefit'," a footnote says.

That would appear to be a no then, which is probably for the best because testing microbes per square millimetre is not a measurement I am prepared to take.

The full irony of boasting of such a feature in the 2020s is that the Acer laptop is absolutely riddled with crapware that customers most definitely did not ask for.

The Swift 5 has some nice additions, such as Firefox preinstalled, but then it has a collection of crap that is very annoying.

From almost full screen Dropbox and Firefox takeovers, to Amazon assistant and NortonLifeLock pop ups, and even free in-game currency, the advertising is relentless.

If you buy a Swift 5, the first recommendation for this machine is to wipe it with your own more pure copy of Windows, or put Linux on it, which is a shame because otherwise it is a very serviceable machine.

The main improvement users will notice on the Evo platform is the upgraded on-board graphics, otherwise the 11th generation Core i5 could be a few years old and you wouldn't really notice, except it does runs a bit quieter when pushed, but not totally silent as the fan is noticeable.

Beyond its silver ions, the addition of the touchscreen is good, but the display resolution is only full HD, and when combined with the default 150% zoom level in Windows, barely passable.

Port selection on the Swift 5 is curious. There is a single USB-C port that can take power, as can the Acer barrel plug, both of which are on the left hand side, but the battery light is on the right. Otherwise, one HDMI port and a pair of USB-3 ports complete the line up.

One other factor that doesn't help the Swift 5 is its recommended price of AU$2,400 for the Core i7 version. At the time of writing, it was possible to pick it up from a major retailer for AU$1,800. This puts it directly up against the likes of Dell's latest XPS, which also has an Evo sticker on it, or potentially the Lenovo Yoga 9i.

It also means the Swift 5 is around the same price point as an Apple M1 MacBook Air. In that competition, Intel needs every extra bit of grunt to compete, and doesn't need to be slowed down by Norton wanting to annoy you with an ad claiming it will speed your laptop up. The best way it could do that would be to uninstall itself at the earliest opportunity.

If you need to work outdoors in challenging environments where water, dust and debris threaten the safety of your laptop, then the Enduro N3 should earn its keep.

Acer's Swift 3X has plenty of plus points, including Intel's discrete Iris Xe MAX graphics and a competitive price, but we'd like to see another USB-C port and a more robust chassis.

If you're looking for an affordable workhorse laptop that can handle web browsing and Microsoft Office all day long, the convertible Chromebook Spin 13 has a lot to offer.

High-end Chromebooks explain convertible laptops better than anything else

As mobile and desktop OSes borrow from each other, having a touch screen on a laptop and using apps built for touch makes more sense than other offerings.

Laptops
Buying a computer for your kid? Here's our best advice

Computers & Tech
The 6 best laptops for college in 2022