Full Bio
Posted in Between the Lines on September 8, 2019 | Topic: Cloud 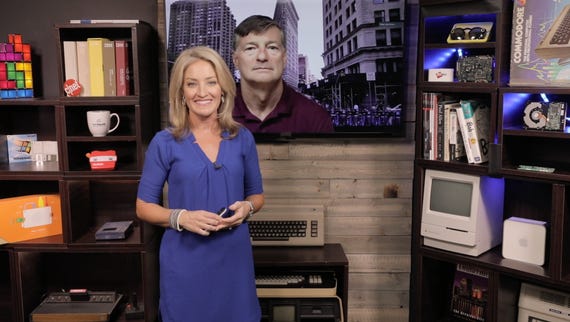 Adobe nearly a decade ago bought a company called Omniture that would foreshadow the integration of creatives, content, and data and created a building block that ultimately served as a blueprint for software companies trying to pivot to a cloud and subscription delivery model.

Not bad for a deal valued at $1.8 billion when announced in September 2009.

The rationale behind the Omniture purchase wasn't exactly obvious at the time. I chronicled how Wall Street analysts weren't necessarily on board with the deal. For instance, Walter Pritchard, an analyst at Cowen at the time, said Omniture looked "more like a stretch to us" since the companies sold to different buyers with business models often at odds with each other. That view was the consensus at the time.

CEO Shantanu Narayen had a different idea. He said that customers wanted Adobe to connect the data dots between content, returns, and engagement. His comments are worth reading if only for a jargon history lesson. Does anyone remember chief digital officers and Rich Internet Applications?

Even Omniture employees were a little skeptical. John Bates, director of product at Adobe Analytics, was an Omniture employee at the time. "I was as perplexed as anyone trying to understand the move to acquire a Web analytics company, but was hoping I'd get free PhotoShop as part of this," said Bates.

And then came Narayen's all-hands meeting and the light bulb went off for Bates. Narayen talked creativity, content and data and how those three things would create a flywheel. "It was very forward-leaning," said Bates. "He said all creativity would be informed by data."

What Omniture ultimately meant is that Adobe had its first cloud building block in the fold. This slide was in a deck detailing the Omniture purchase.

A decade later, Adobe's Experience Cloud, part of multiple offerings including the Creative Cloud and Document Cloud, looked like this: 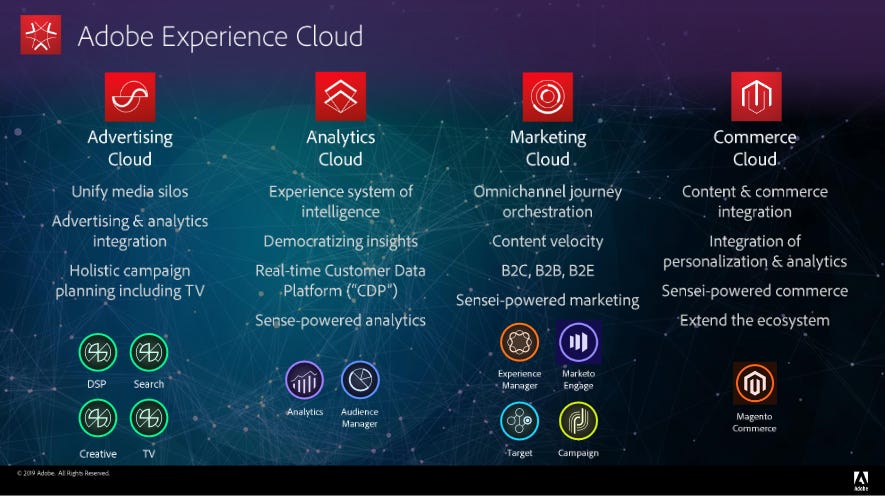 Omniture became part of the Experience Cloud, which was filled in with other assets acquired from the Day Software and DemDex purchases. The core Adobe business a decade ago became the Creative Cloud and Document Cloud. The acquisitions of TubeMogul and Efficient Frontier became part of Adobe Advertising Cloud.  Magento is part of Commerce Cloud. Neolane and Marketo are in Marketing Cloud.

While Adobe's strategy makes sense today most folks have forgotten about the pain involved with shifting to a subscription-based model. Adobe's pain as Wall Street cut estimates and worried about the license revenue hit made it easier for other software vendors to follow the blueprint. Microsoft, Oracle, SAP and a bevy of others owe Narayen for going first.

Adobe's cloud pivot started in earnest in 2012 and 2013. Adobe had to cut its fiscal 2012 revenue growth to 4% to 6% from estimates of 10%. Analysts generally got the move but no one said the transition would be easy. Indeed, there were layoffs during the cloud pivot too.

But the cloud blueprint was set. The steps were:

Join Discussion for: Adobe's Omniture purchase a decade ago, set...