Amazon debuts Amazon One: bringing payments to your palm 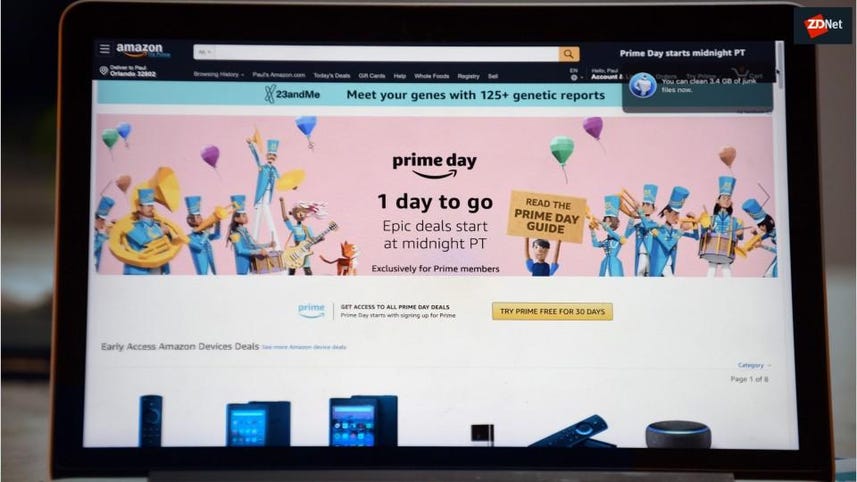 Amazon has debuted Amazon One, a device that connects your account and payment card to your palm for contactless shopping.

On Tuesday, the e-commerce giant said the device has been designed to provide a "fast, convenient, [and] contactless way" to perform everyday activities, such as paying for goods and accessing buildings.

In a blog post, Dilip Kumar, VP of Physical Retail & Technology at Amazon explained that Amazon One is now being trialed in two Amazon Go stores in Seattle, on 7th & Blanchard and 300 Boren Ave. North.

See also: Can Amazon convince you to welcome a security drone into your home?

As shown below, the device contains a scanner that records a user's palm 'signature' -- a unique identifier in humans. Users insert their payment card, hover their palm over the Amazon One, and after the Amazon One scans their palm, they are enrolled. The entire process is claimed to take less than a minute to complete and either an Amazon account or phone number can be used during signup.

Kumar says that once this process is complete, all customers need to do to enter an Amazon Go store is raise their palm.

Custom algorithms and machine learning have been implemented to build a map of our palms through the device. However, images are not stored locally; rather, Amazon says that prints are encrypted and sent to a "highly-secure area we custom-built in the cloud where we create your palm signature."

Human palms have been chosen as biometric authenticators as they require an "intentional gesture" to trigger, Amazon says, and palms are also more private as identities can't be ascertained just based on a handprint.

Users can also remove their biometric data directly by accessing their Amazon account or via an online customer portal.

The company has likely kept the COVID-19 pandemic in mind with the release of this product, as vast numbers of retailers worldwide have either moved completely to -- or request -- card-based or contactless payments.

However, as a connection has been forged between a customer and their account, the executive believes the potential of this technology can go much further. This includes adoption by the retail sector as an alternative way to pay for goods; providing entry into secure buildings, or badging into work.

TechRepublic: Innovation is still possible while your team is working from home

"In most retail environments, Amazon One could become an alternate payment or loyalty card option with a device at the checkout counter next to a traditional point of sale system," Kumar commented. "We built Amazon One to offer [...] a quick, reliable, and secure way for people to identify themselves or authorize a transaction while moving seamlessly through their day."

Amazon One will eventually be rolled out to other stores, and in addition, the company intends to offer the technology to third-parties including retailers, stadiums, and offices.

One bad experience is all it takes to lose a customer

One bad experience is all it takes to lose a customer