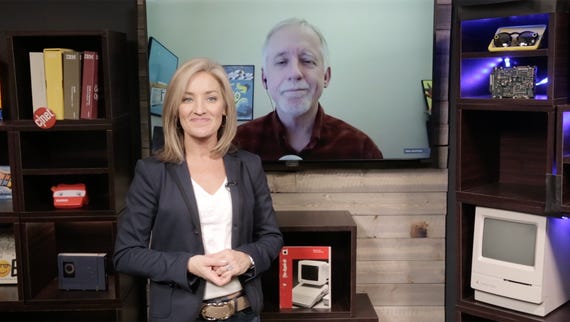 After a fairly successful crowdfunding campaign, London-based Planet Computers is ready to offer its hybrid smartphone mobile computer to the general public.

The Cosmo Communicator is inspired by old-school PDAs such as the Psion Series 5, Nokia Communicator, and Sharp Netwalker.

In fact Planet Computers can trace the Cosmo Communicator's lineage back to Psion, since it was designed Martin Riddiford, the UK designer behind the original Psion Series 5 PDA from the 1990s.

Planet Computers kicked off a crowdfunding campaign late last year, which attracted just under 4,000 backers and €1.86m ($2.05m) in funding for the concept.

The Cosmo Communicator is meant to address some of the problems with its predecessor, the Gemini from 2017 – Planet Computers' first attempt to revive Psion-like PDAs.

That product attracted an even larger crowd of 7,000 backers, but there were complaints about call quality and the five-megapixel (MP) camera, which may explain why there are fewer backers this time around. It also wasn't a cheap gamble, costing backers €680 ($748) for the device.

But nearly a year on, Cosmo Computer backers this week reported receiving the clamshell device via post. The Cosmo Computer features two touchscreen displays and a 24MP camera.

But a lot has happened in mobile tech in the year since the Cosmo Communicator was unveiled, most notably foldables like the Samsung Galaxy Fold and Motorola Razr. They leave Cosmo Communicator out of kilter with current trends, but that could be a strength, at least for those with an appetite for a pocketable mobile computer-cum-phone with a physical keyboard.

The Cosmo runs on an eight-core Mediatek P70 processor, with a respectable 6GB of RAM and 128GB of onboard storage, and a 4,220mAh battery. It ships with Android 9.0 Pie but there are plans to support Sailfish, Linux Debian, and Linux Kali.

The Cosmo Communicator is available for purchase from Planet Computer's website for $871 without tax or £799.00 including VAT.

Planet Computers is hosting an event this Friday, November 29, at The Royal Court Theatre in Sloane Square, London to officially unveil the Cosmo Communicator.

Fans can attend from 6:30pm to get some hands-on time with the device. People who would like to attend are being invited to register.

More on Planet Computers and smartphones