The Cosmo Communicator aims to correct the drawbacks of the Psion-inspired Gemini PDA.
Written by Liam Tung, Contributing Writer on Nov. 6, 2018 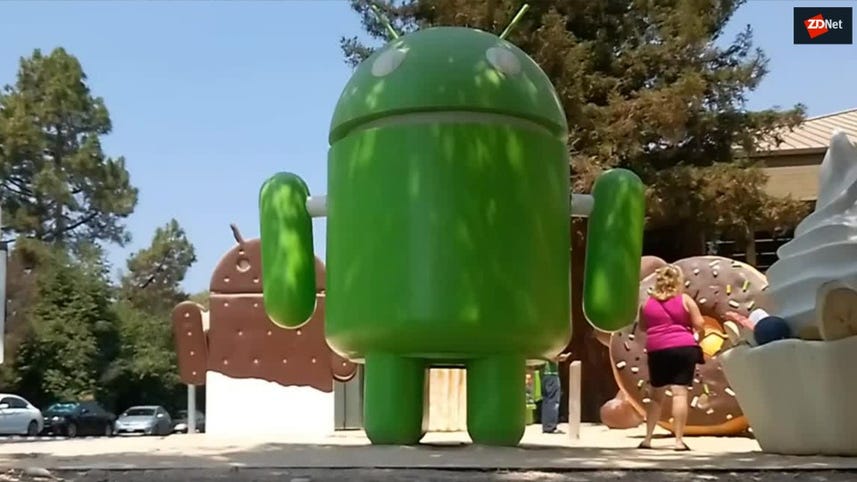 In 2017, Planet Computers had a crack at reviving the Psion-like personal digital assistants (PDAs) of the 1990s and, with the help of UK designer Martin Riddiford, developed the Gemini PDA, six-inch display clamshell with a compact QWERTY keyboard.

Now Planet Computers has announced the Cosmo Communicator, which draws on PDAs like the Psion Series 5, Nokia Communicator, and Sharp Netwalker.

Like the Gemini, the Cosmo was designed by Riddiford's consultancy, Therefore, and it appears to address some of the shortcomings of the Gemini in calling and taking photos, which meant it ultimately failed as a smartphone replacement.

The Gemini only had one five-megapixel camera, and needed to be open when making a call.

To address the practicalities of using the device to make calls, the Cosmo Communicator has been given a second two-inch touchscreen on the front so that users can make calls without having to open the device.

It retains the original six-inch display on the inside for work tasks, while the keyboard is now backlit.

While keeping the five-megapixel camera on the inside, the Cosmo also features a 24-megapixel external-facing camera located above the two-inch screen, and a new fingerprint reader below it.

The Cosmo runs on an octa-core Mediatek P70 processor, 6GB of RAM and 128GB of onboard storage.

It has 4G and Wi-Fi support, two USB-C ports, a 3.5mm headphone jack, and a 4,220mAh battery. It comes with Android 9.0, but can also run Linux systems, including Sailfish OS and Debian.

Planet Computers has already raised more than double its $200,000 target on its Indiegogo crowdfunding campaign since launching on Monday. The Gemini campaign ultimately attracted $2.5m from backers on Indiegogo.

Despite the additional features, the Cosmo Communicator probably won't be that much more expensive than the Gemini 4G plus Wi-Fi model, which cost £599 ($783), but was available to early backers for $349.

The Cosmo is expected to retail for $799 but is available to backers from $549, according to Planet Computers' crowdfunding page.

Psion reborn? But this time it's Gemini PDA, an Android-Linux phone with full keyboard

London startup Planet Computers is offering the world an Android-Linux dual-boot PDA for the 21st century.

Remember the 1997 Psion Series 5? Now a UK startup has updated the concept and delivered a dual-boot device with 21st century connectivity.

Gemini PDA: A long-term evaluation of the reborn Psion Series 5

Crowdfunding campaign for five-inch touchscreen mini Windows 10 PC races past its initial target in a week.

The Sirius A runs the full desktop version of Windows 10 and can be hooked up to a monitor, mouse and keyboard to be used as a PC.

This clever laptop mount turns your phone into a second screen

This clever laptop mount turns your phone into a second screen