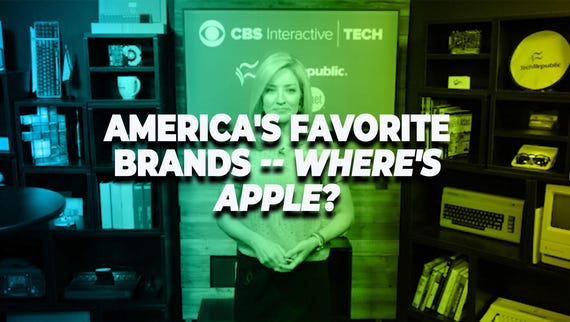 Apple may not have smart glasses yet or augmented reality headsets, but it's already the third most recognizable name in the industry, according to a report.

The report, penned by research firm Digi-Capital and Augmented World Expo (AWE), puts "potential Apple smart glasses" as the No. 3 brand behind Microsoft HoloLens and Magic Leap. Apple was also ahead of Google Glass Enterprise Edition. 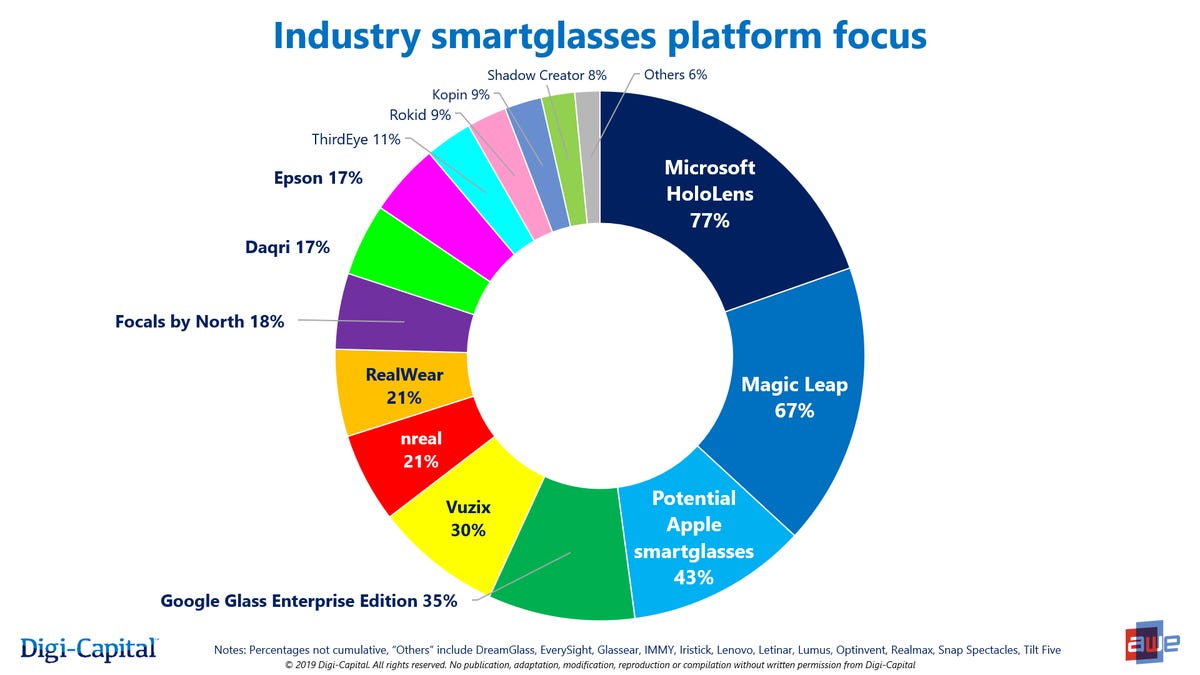 In the report, Digi-Capital directors Tim Merel and Isabelle Hierholtz noted a bevy of smart glass challenges including a hero device, battery life, connectivity, app ecosystem and price. Companies such as Epson are drilling down on the price equation for the enterprise, but there isn't a critical augmented reality mass to develop scale. In the enterprise, augmented reality can have returns based on less travel and more efficient training.

Digi-Capital reckons that Apple, like its rivals, would focus on the enterprise first. The good news is that Apple and its iOS platform dominate the enterprise and have partnerships with key players such as SAP, Cisco, Accenture and IBM. Apple also has a large ARKit installed base of devices and a few patents. See: Apple CEO Tim Cook touts enterprise augmented reality as Apple, SAP further integrate | Apple's augmented reality end run: Can it hold back Hololens?

If Apple smart glasses launch as a premium smartphone peripheral, not everyone is happy to pay for or carry two devices (e.g. Apple Watch). Apple could still sell several tens of millions of "Apple Glasses" to early-adopter consumers by 2023, which might also drive bring-your-own-device enterprise demand. Standalone smart glasses as a mass-consumer smartphone replacement look further out.

Digi-Capital noted that enterprise smart glasses could find millions of users by 2023 and that's why Microsoft and Magic Leap are focused on corporations first.

Meanwhile, Apple's developer base could also be a smart glasses advantage. Digi-Capital said:

Digi-Capital analysis also shows ARKit ARPU is over 2x Google ARCore ARPU, and ARCore has a smaller 400 million installed base today (not forecast to pass ARKit until 2021). Together with Apple's integrated ecosystem, this could reduce developer concerns about investing in a new Apple peripheral platform after the relatively slow burn of Apple Watch.

What remains to be seen is whether Apple goes for a tethered approach or an independent device. Either way, Apple is likely to have a smart glasses competitor should it choose to go there.

Other notable points from the Digi-Capital-AWE report:

Join Discussion for: Apple already the No. 3 smart glasses player...