Apple approves Hey e-mail app, but the fight's not over yet

The Hey e-mail app is finally on Apple's App Store. but it's barely functional. Meanwhile, the app's' creator, Basecamp, is far from done fighting with Apple.
Written by Steven Vaughan-Nichols, Senior Contributing Editor on June 22, 2020 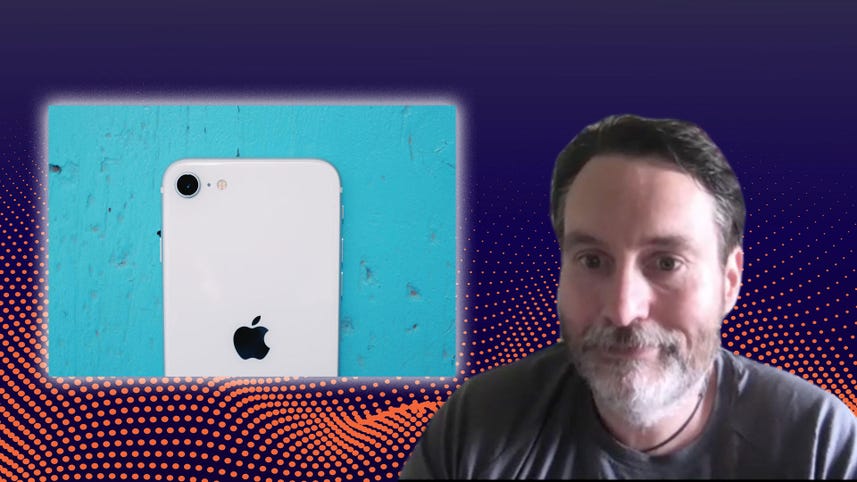 It's time once more for Apple WWDC, that day when Apple expects its tens-of-millions of fans to go gaga over its latest product releases. This time, though, there's some sour news in the air.  Basecamp, which just launched its privacy-first, easy-to-use email app, Hey, is having an ugly, public fight with Apple over how the iPhone giant manages its app store. True, at the 11th hour on Friday, June 19, Apple approved Hey for the App Store, but the battle's not over yet.

Basecamp CEO Jason Fried's blog starts on a pleasant note, declaring the decision to be "a win for Apple, a win for us, and a win for our customers." But you soon discover that Hey 1.02, the approved version, doesn't work.

Pardon? Phil Schiller, Apple's senior vice president of worldwide marketing, told Basecamp the kind of changes he'd like to see them make. His primary objection was, "You download the app, and it doesn't work, that's not what we want on the store."

Fried's response: "We thought we were following Appleʼs unwritten rules for multi-platform SaaS [Software-as-a-Service] products: No signups, no links, no mentions of where to sign up. Plenty of applications in the App Store work exactly like this today, including long-approved apps from Netflix, Google, Salesforce, and Nintendo."

In a TechCrunch interview, Schiller stated:

"One way that HEY could have gone... is to offer a free or paid version of the app with basic email reading features on the App Store, then separately offered an upgraded email service that worked with the Hey app on iOS on its own website."

Good enough. So, over the weekend, Fried said the Basecamp programming team created Hey 1.03. "This new version introduces a new free option for the iOS app. Now users can sign up directly in-app for a free, temporary, randomized @hey.com email address that works for 14 days. Think of it like a temporary SIM card you buy when traveling," he said.

That's almost certainly not what Apple had in mind.

Basecamp has also integrated its multi-user corporate Hey for Work offering. "This brings Hey," Fried said, "in line with Basecamp and dozens of other high profile multi-platform enterprise offerings that have been permitted in the App Store for a decade."

David Heinemeier Hansson, Basecamp co-founder and CTO, tweeted: "Apple has approved Hey for iOS 1.0.2 without IAP [in-app purchase]!! We've submitted 1.0.3 for final, definitive approval with a new free option and Hey for Work. SO NOW WE WAIT. CAN THIS STAND-OFF END IN A TRUCE?"

Hansson later remarked, "But I'm not going to pop the champagne just yet. We firmly believe we did what @pschiller asked us to do, but Apple still holds all the power. All we can do now is pray that feverishly working the Father's Day weekend is enough to appease Apple." Apple, according to Hansson, is now reviewing Hey 1.03.

The conflict started because Basecamp dislikes Apple's App Store fee structure. As Hansson tweeted last week, "We've been in the App Store with Basecamp for years. We know the game. It was always rigged. It was always customer-hostile, deeply confusing, but the unstated lines were reasonably clear. Now, Apple has altered the deal, and all we can do is pray they don't alter it further."

Going further, Hansson snarled, "Love how they frame their shakedown as 'offer customers the option.' Not a single mention of the fact that Apple will take 15-30% of our business through this. THIS IS ALL JUST FOR THE CONSUMER GOOD, YOU SEE."

What Basecamp is objecting to is Apple typically requires 15% to 30% of a software company's app revenue. The exact number varies depending on the sales model and how long the app has been listed in the store. For subscriptions like this one, specifically, Apple would take 30% of each subscription for the first year and then 15% after. By not including an IAP option, Basecamp would avoid paying this tariff.

HEY appears to be very popular, with or without full operability when first downloaded from the Apple app store. Hansson claims it's jumped from 30,000 to 100,000 users in the last week.

Whether Apple approves the new Hey remains an open question. At the same time, the European Commission announced an antitrust investigation into the App Store and Apple Pay. Late last year, two iOS developers sued Apple and sought class-action status for their case. They alleged Apple has attained monopoly power in the US market for distributing iOS apps by barring rivals.

Congressman David Cicilline (D-RI) said in a discussion with Hansson on The Verge's podcast that Apple was charging "exorbitant rents" that were tantamount to "highway robbery." Cicilline continued, "It's crushing small developers who simply can't survive with those kinds of payments. If there were real competition in this marketplace, this wouldn't happen."

Well-known technology observers, such as Ben Thompson and Kara Swisher, report that iPhone developers hate Apple. Swisher said developers find App Store rules "capricious and unfair and, more to the point, scary." The reason you haven't heard more about it, Swisher continued, is "because many developers do not want to speak out for fear of falling afoul of Apple and, worse, getting banned from its store."