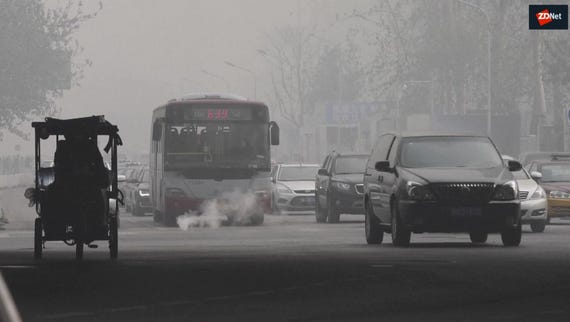 Apple has launched a new energy initiative designed to promote the use of clean energy in China.

On Friday, the iPad and iPhone maker -- which has just revealed a refresh of its MacBook lineup -- said that $300 million will be invested in the next four years between Apple and 10 initial suppliers.

TechRepublic: Apple's HomePod problem: Too much Siri for its own good?

The China Clean Energy Fund's goal is to "invest in and develop clean energy projects totaling more than one gigawatt of renewable energy in China, the equivalent of powering nearly one million homes," according to the company.

"At Apple, we are proud to join with companies that are stepping up to address the climate challenge," said Lisa Jackson, Apple's vice president of Environment, Policy and Social Initiatives. "We're thrilled so many of our suppliers are participating in the fund and hope this model can be replicated globally to help businesses of all sizes make a significant positive impact on our planet."

Initial suppliers involved in the fund include Catcher Technology, Compal Electronics, Golden Arrow, Jabil, Pegatron, and Sunway Communication, among others.

China's pollution levels are an increasingly urgent issue. An environmental census conducted earlier this year claims that pollution sources have risen by 50 percent over the last decade and there are now nine million sources of pollution in the country.

Factories and industrial players which break emissions rules are part of the problem, but smaller companies which do not have access to viable clean energy sources are another.

The new scheme is focused on tackling the latter. According to the tech giant, the China Clean Energy Fund will give Chinese SMBs "greater purchasing power and the ability to attain more attractive and diverse clean energy solutions."

This will not resolve China's pollution and environmental problems, of course, but every program designed to wean us off fossil fuels is valuable.

The fund will be managed through a third-party company, DWS Group, which also intends to invest in the program.

Apple first launched a clean energy program in 2015. Earlier this year, the company said that all of its global facilities are now powered by clean, renewable energy sources.

Investment into the China Clean Energy Fund comes at the same time that the US and China are embroiled in a tit-for-tat battle over trade tariffs.