The guts of the MacBook Pro get a needed upgrade and the keyboard is quieter. But Apple needs to do more to convince us it has some enthusiasm or the Mac portfolio.
Written by Larry Dignan, Contributing Editor on July 12, 2018 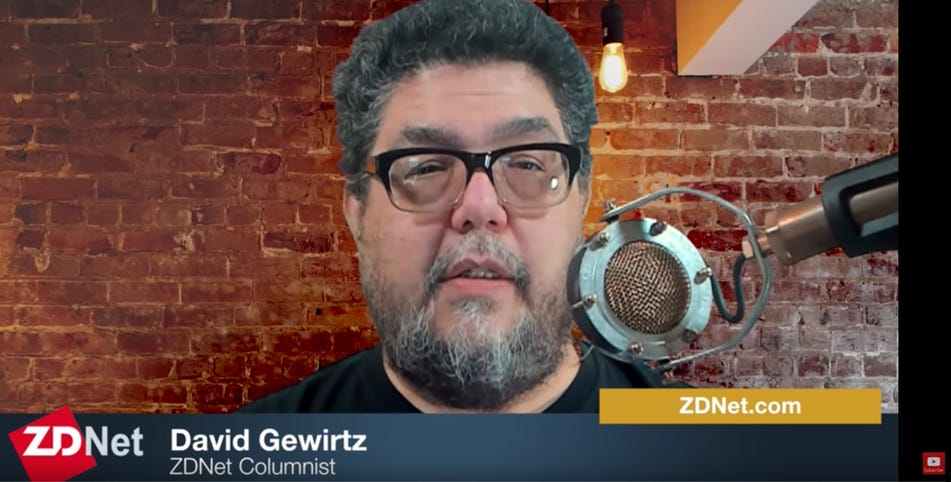 Well at least Apple updated the processors in its 13-inch and 15-inch Touch Bar MacBooks with RAM, storage and battery upgrades.

But that circa 2016 design remains. CNET outlines the details behind Apple MacBook Pro 2018 update, and perhaps the big takeaway is that the 13-inch MacBook Pro starts at $1,799 and the 15-inch begins at $2,399. The rest of the Mac models -- MacBook, MacBook Air -- remain the same for now, pending a larger hardware upgrade plan.

While Apple's update of the guts of the Mac -- not to mention a third generation quieter keyboard -- is nice, the effort is a bit uninspired. In fact, the only thing Apple accomplished was stoking fears that the company is lollygagging with the Mac innovation. After WWDC, the Mac consternation was palpable. Black background was arguably the biggest selling point in Mac OS Mojave. Needless to say, I was wondering what in the Mac was going on.

Read also:Everything you need to know about buying Apple's 2018 MacBook Pro | A full-spec updated 15-inch Apple MacBook Pro will cost you $6,699 | Blackmagic eGPU: The future of the MacBook Pro is having more stuff tethered to it 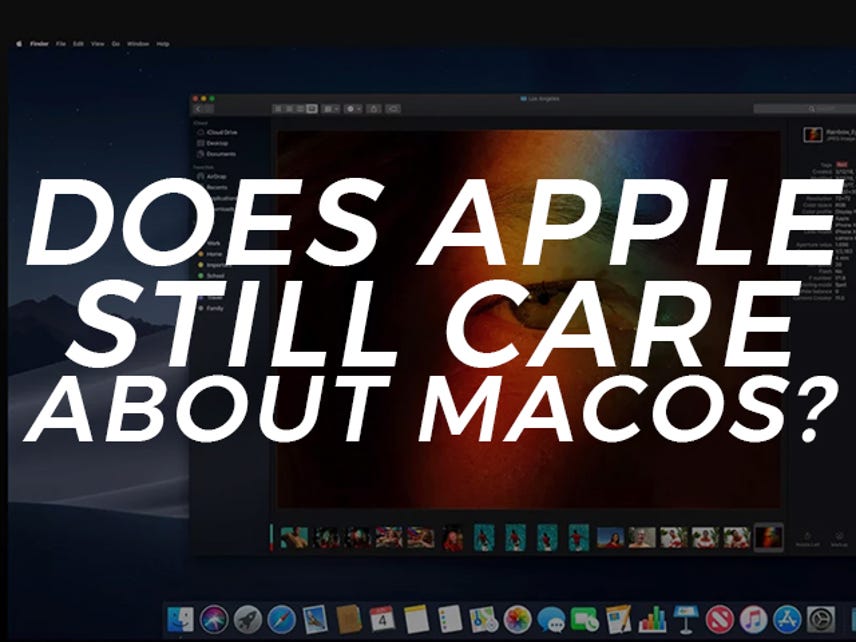 But Jason Perlow went all the way to Mac hospice.

Perlow outlined why he thinks the Mac platform -- known for ease-of-use, battery life and design -- as we know it is dying. That argument is based on the Mac potentially moving to ARM, a lack of true convergence with iOS and priorities that revolve around other products. Perhaps the iPad Pro replaces the MacBook at some point.

It's becoming obvious to me that Apple's hardware focus is also elsewhere.

Apple is doing just enough to keep its base on Mac, but is hardly extending itself.

Oh sure, there are predictions that Apple will roll out its hardware refresh in full force with a new iPad Pro, iMac update, and even a Mac mini. But it's likely that Mac updates will be tucked away in the launch that includes the iPhone and Apple Watch. Just like it was at WWDC 2018, the Mac will be a tuck-in afterthought.

Does the Mac malaise matter?

The short answer: Probably not to Mac profitability.

The Mac lineup simply isn't updated much. Sure, there are Mac OS tweaks with component upgrades, but touch screens, hybrids and other designs are sorely lacking.

Read also: Apple's Mac is in a 'sad state', says this popular developer: Do you agree? | Apple suddenly remembers the Mac (or remembers you care about it) | Why Mac users don't really matter to Apple | Introducing the Mac mini Pro

It's a safe bet that there will be some pop (assuming there are upgrades for the lower-priced Macs), but remember Apple is driven by iPhone sales primarily with services revenue No. 2 and growing at a rapid clip. Mac sales are larger than the iPad for the six months ended March 31, but Apple has more enthusiasm for its tablet than the device that got the company started.