Apple was widely applauded for becoming the first American company to break the trillion dollar barrier. However, its value has slumped to $839bn for a variety of reasons, though other technology stocks have also suffered in a stock market reversal.
Written by Jack Schofield, Contributor on Nov. 23, 2018 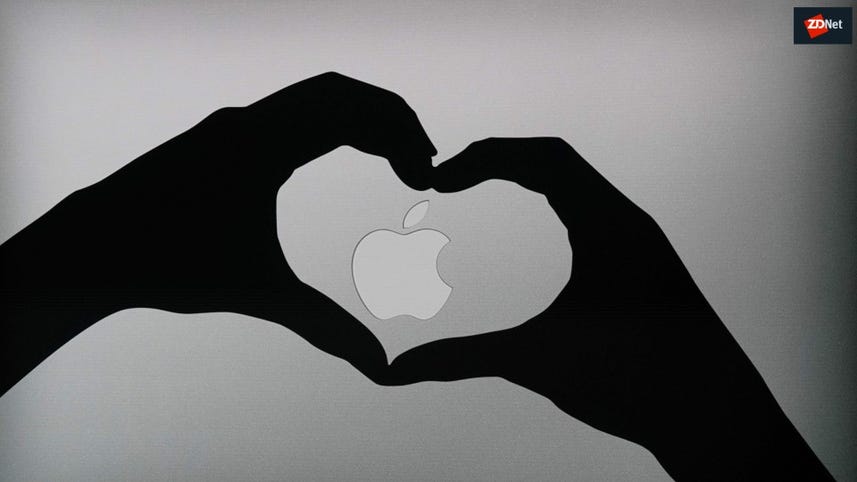 Apple's value has fallen by more than $220 billion over the past few weeks. While some of the problems are unique to Apple, other technology stocks have also taken a beating, including Facebook, Amazon, Netflix and Google in the FAANG group.

Either way, the first publicly traded American company to reach a trillion-dollar market capitalization has seen its value tumble to around $839bn at the time of writing.

The tumble does not reflect Apple's latest financial results, which were excellent. However, there are a number of reasons for the fall.

First, Apple announced that it would stop providing numbers for unit sales of its major products, which have been falling. Apple argued that it was making more money by raising prices and by selling services, and that it should be judged on that basis. But it still worried investors.

Second, several Apple suppliers reduced their sales forecasts, with the Wall Street Journal claiming that "Apple slashed production orders for all three iPhone models that it unveiled in September". This was reinforced by more recent reports about iPhone manufacturers, Foxconn and Pegatron.

Third, the market is concerned about Donald Trump's trade war with China, and the prospect that it might affect Apple.

Fourth, the whole stock market is down: it's enjoying a "correction" after a near 10-year bull run. Tech stocks led the charge, so tech stocks have been the first to suffer. It's not clear that any of the fundamentals have changed, but there has been a change in momentum. (Tech stocks were going up so you could bet they would keep going up. Now tech stocks are going down so you can bet they will keep going down... until they start going up again.)

It may not make much sense, but tech stocks are now worth more than $1 trillion less than they used to be.

So far, the effects have not been terrible for long-term Apple shareholders. The $176.78 price tag (see graph) is still higher than the $175 at which they started the year, and comfortably ahead of the 52-week low of $150. Five years ago, they were half that. Ten years ago, they were less than $5.

And, as mentioned, other "hot" tech stocks in the FAANG group have suffered as well.

While not part of FAANG, Microsoft and IBM have also seen their share prices tumble.

Microsoft shares have fallen from an all-time high of $116.18 to their current $103, valuing the company at $791bn. This is, surprisingly, more than either Amazon or Google, and not far short of Apple's $839bn.

The iPhone manufacturer may include layoffs in next year's restructuring efforts.

Apple became the first publicly traded American company to be worth $1 trillion when shares traded at $207.05. With new iPhones on the way, it could soon re-pass the milestone and stay there.

Study finds that stocks from 28 companies that suffered large breaches had underperformed on the stock market.

The Brexit dilemma: Will London's start-ups stay or go? (TechRepublic)

The tech industry has had so many screwups this year, it's hard to keep track. But with CNET's 2018 edition of Tech Turkeys, we're gonna try.