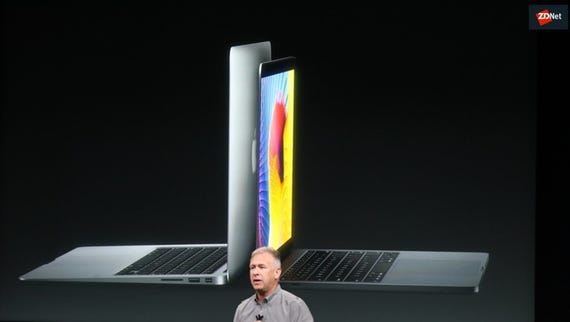 Apple's new series of ads promoting the Mac as the choice for creatives could backfire and simply draw attention to how infrequently it updates its Mac lineup.

Just before Apple released the Mac ads, Mac app developer Quentin Carnicelli of Rogue Amoeba, posted a scathing assessment of the sorry state of the Mac. Basically, Mac fans are out of luck if they're looking for a fresh Mac from Apple.

Also: Why the Mac you know has no future | No new Mac hardware leaves me feeling pretty dark mode myself | TechRepublic: Apple macOS High Sierra: A cheat sheet

"It's very difficult to recommend much from the current crop of Macs to customers, and that's deeply worrisome to us, as a Mac-based software company," Carnicelli writes.

MacRumor's Buyer's Guide sums up the state of the Mac: not a single model in its current line-up is rated as 'Buy now'. The MacBook Air and MacBook Pro were last updated over a year ago, while the Mac Pro was updated 436 days ago. The Mac Mini was last updated over three and a half years ago. The only 'fresh' option Mac fans have is the $5,000 iMac Pro.

Age is just one problem though. Apple's recent butterfly keyboards and TouchBar on MacBook Pro laptops, and the sole USB-C port on the MacBook have drawn criticism, too. And fans are wondering why Intel's eighth-generation chips aren't present.

The critique follows Apple's omission of any new hardware updates at its recent Worldwide Developers Conference.

Given the current choice of Mac hardware, Carnicelli says for testing the company ended up buying used hardware rather than having to "compromise heavily on a new machine".

Another problem facing Mac users is the consistency of updates. As Apple writer John Gruber points out, the iPhone is updated not just "annually, but predictably".

However, no one can say for certain when the next MacBook or MacBook Pro will be available, leaving buyers wondering whether to settle for current hardware with known problems that could be addressed soon, or might not be until 2019.

With iPhones making up the vast majority of Apple's business these days, Mac users have become a shrinking part of Apple's user base and are likely to continue to take a backseat to mobile gadgets, content, and services.

Carnicelli nonetheless hopes Apple returns to its more frequent updates to the Mac it was capable of in the days before the iPhone.

"Rather than attempting to wow the world with 'innovative' new designs like the failed Mac Pro, Apple could and should simply provide updates and speed bumps to the entire lineup on a much more frequent basis," he writes.

"The much smaller Apple of the mid-2000s managed this with ease. Their current failure to keep the Mac lineup fresh, even as they approach a trillion-dollar market cap, is both baffling and frightening to anyone who depends on the platform for their livelihood.

"Apple needs to publicly show their commitment to the full Macintosh hardware line, and they need to do it now. As a long (long) time macOS developer, one hesitates to bite the hand that feeds. At a certain point, however, it seems there won't even be anything left worth biting."

Apple suddenly remembers the Mac (or remembers you care about it)

Out of nowhere, new Apple ads celebrating the Mac. How strange.

MacOS Mojave: Everything you need to know (CNET)

See what changes are headed to your Mac.

Sorry Mac users, but you're not a high priority for Apple these days. The iPhone changed all that.

Apple adding its own co-processors to three Macs in 2018, Bloomberg reports

A new report claims that two new MacBooks and a Mac desktop will feature custom chips that assist Intel CPUs with some processing duties. Could Macs using only Apple's own chips be in its future?

Join Discussion for: Apple's Mac is in a 'sad state', says this...