Apple's Unleashed event: What to expect from the rumored M1X processor and new Macs

Sometimes it seems like the Mac is the tail wagging the dog, since it's a much smaller revenue stream than the iPhone. But Apple's core users (and employees) rely on the Mac. With that in mind, here's what we expect from Apple's next event.
Written by David Gewirtz, Distinguished Lecturer on Oct. 18, 2021 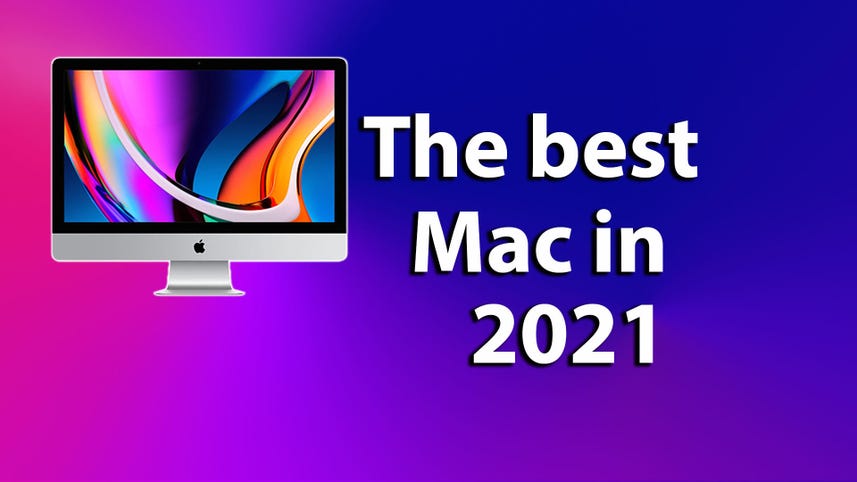 It's that time of...October... again. Once again, Apple is hosting an October event shortly after its big iPhone September event. This time, it's on a Monday. While that's a tad unusual, it won't stop us from speculating. For this event, the theme is "unleashed," which could mean anything from dog collar-mounted AirTags to letting the dogs out in terms of performance.

Even though my little pup is sitting on my lap as I write this, and while he cares not a bit about Apple's product line, let's unleash our minds and see if we can sniff out some details. What can we expect? I'm going to stay away from the various accessory rumors and focus in on Macs.

What's missing from the Mac lineup?

A good approach to this is to take a look at what Apple has left behind. Apple has M1 Apple Silicon versions of the Mac mini, the MacBook Air, the 13-inch MacBook Pro, and the 24-inch iMac. Apple is still shipping Intel versions of the 27-inch iMac and the Mac Pro. Missing in action completely is the iMac Pro, which Apple no longer sells.

Let's eliminate the Mac Pro; I don't expect Apple to introduce a Mac Pro replacement this year. That machine's performance is such that, for the uber-pros who really need one now, it's probably still safe to spend somewhere between $6K and $50K for a machine that can be counted on to do everything it needs to do, even though it will probably be obsolete relatively soon. Remember this thing can support gobs of RAM, a bunch of traditional video cards, and oodles of CPU cores.

I have no doubt that a year or two down the line, as Apple perfects Apple Silicon capacity and yields, we'll see some amazing, top-end Mac Pro paw-formance. It will get a new leash on life -- but not in 2021.

The big expectation for 2021 is a spec-bump boosted version of the M1 chip. Without a doubt, the freshman M1 chip was a best-in-show superstar out of the gate, but it is limited. So far, we haven't seen it capable of supporting more than 16GB RAM or two Thunderbolt 3 ports. My guess is that's a limitation of the silicon itself, and we've seen the top of what that chip die can produce.

Which brings us to the rumors of the M1X processor. Earlier in the year, there were rumors of either an M1X or an M2, but the rumor mill seems to have settled on the M1X nomenclature for now, so that's what we'll use.

The M1 has eight cores: four high-performance Firestorm cores and four lower-performance Icestorm cores. Don't expect the M1X to be a radically new chip generation. Instead, look for the M1X to be filling in holes that the M1 has left open. These include support for 32 or 64GB of RAM, support for four Thunderbolt 3 ports, and perhaps more. Perhaps there will be more cores, moving from four each of Firestorm and Icestorm to, perhaps, six or eight each.

These performance boosts don't matter to the bottom end of the Mac-user spectrum. All indications are that M1-based Macs are more than enough for most Mac users. I've even replaced nearly all of my Intel Macs with M1 versions, and they're actually fast enough for most (but not all) of my work. Any rumors that the M1X Macs are intended for lower-end Mac users would be barking up the wrong tree.

My editors have been hounding me for some educated guesses on what will be introduced on Monday. So let's dig in.

First, of course, we can expect a new MacBook Pro. Rumor has it that there will be a 14-inch model with a 120Hz display. Given that Apple has been innovating on displays in the iPads Pro, this might actually be true.

Now, here are some of the big questions. First, will Apple finally get rid of the Touch Bar? This is one of Apple's all-time most egregious user interface errors, and it has been almost universally ignored. The fact that it sacrificed a physical Escape key to the Touch Bar design, and it was coupled with the equally maligned butterfly keyboard, made the Touch Bar a hot mess.

Apple did fix the butterfly keyboard with its so-called Magic Keyboard (magic, because it didn't suck as much) in 2020, so we can expect the new 2021 M1X MacBook Pro to also sport the Magic Keyboard.

As for the SD card slot, that's mere rumor. But given that SD cards are heavily used in DSLR photography, drone video, and 3D printing -- which, not coincidentally, matches the profile of many of Apple's more creative pro users -- it would be helpful for Apple to include an SD card slot with this new machine. And, unless there's some die-related problems with the M1X, I'd expect to see 32GB and 64GB RAM available as well.

I have my doubts. Apple has never opted for useful over sleek. But we'll see.

Next up is the missing-in-action 16-inch MacBook Pro. The current Intel 16-inch device supports a maximum Retina screen resolution of 3072‑by‑1920 pixels. We know that's well within the capabilities of even the M1 chip, because the 24-inch M1 iMac supports 4480-by-2520 resolution.

But, with supply chain issues, can Apple unleash 16-inch displays? My guess is that if we don't see a 16-inch M1X MacBook Pro, it's going to be supply chain-related.

That said, there's also the possibility that if Apple adds back in ports like the SD card slot and more Thunderbolt 3 ports, they might limit that to the 16-inch model because the case will be that much larger.

Another missing-in-action Mac is the 27-inch iMac. The 24-inch iMac has been examined from the inside out, and there's quite a lot of space inside. But it's possible that the M1 couldn't achieve the 5120‑by‑2880 resolution offered in the Intel 27-inch machine.

That said, we can definitely expect a large iMac, because pros often growl about needing as much display space as they can get. But will we see a 27-inch model, or will Apple up the iMac to 32-inch, echoing the 32-inch size (but hopefully not the brain-burning price) of the Pro Display XDR?

We've been hearing rumors of a redesigned Mac mini, with the prognosticators claiming roughly the same shape but half the thickness. I've always felt that the Mac mini is misunderstood, not only by users but by Apple itself.

The current long-running form factor is nice. Most Mac mini users aren't clamoring for a half inch cut off the top. But more cores, more RAM, and some more Thunderbolt ports? Throw me a bone. Otherwise, the M1 Mac mini is surprisingly fine as is. It has an HDMI port, an Ethernet (or even a 10GB Ethernet) port, and a couple of USB-A ports.

But, I also have a potential bad feeling. If Apple squishes the Mac mini, will they shed the Ethernet or HDMI ports? I wouldn't put it past them. But, I shih tzu not, it would be a terrierable mistake.

What to woof about on Monday

I'd be quite surprised if we don't see that 14-inch MacBook Pro upgrade. I'm pretty middle-of-the-road in terms of a 16-inch MacBook Pro or a 32-inch iMac. I'm trying to remain paws-itive about the Mac mini, but Apple has often disappointed with that model. Even so, since we are talking about Apple, I'm sure there will be some devices worthy of drooling over.

Join the pack on Monday. ZDNet will be providing full, ongoing coverage. You can count on that, fur real.