Arm-based Macs: Smart move for Apple, but irrelevant to the future of Windows PCs 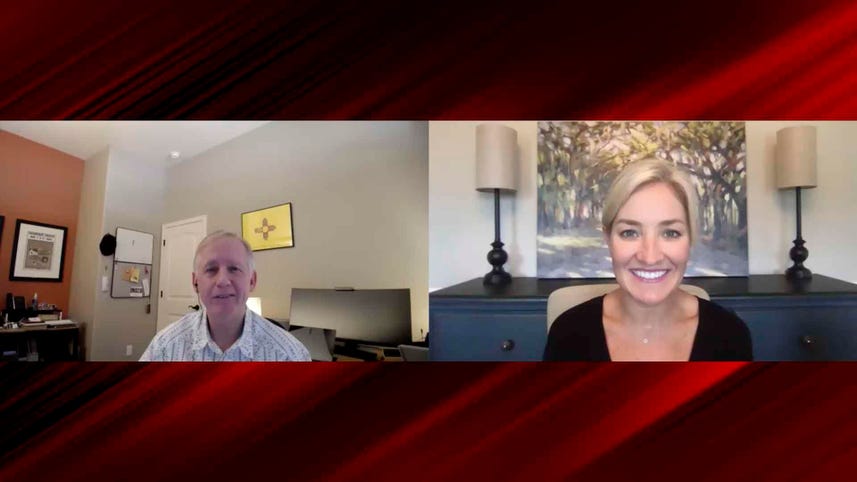 The winner of this year's Worst Kept Secret award might be Apple, which surprised exactly no one when it announced plans to develop and ship a new line of personal computers based on its own Arm-powered Apple silicon in place of Intel CPUs.

My web browser practically overheated trying to load all the red hot takes on that announcement in the run-up to WWDC 2020and in the days immediately afterward. But the hottest take of all arrived this week, when Jean-Louis Gassée declared that the move to Arm will inevitably lead to the end of the Microsoft-Intel alliance and usher in "a new era of PCs."

My reaction? Yeah, maybe not.

I suppose it's only natural that an elder statesman of the Apple community would find such a shift to be seismic. Gassée, you might recall, was in charge of Macintosh development in the 1980s, taking over after Steve Jobs was fired.

But compare Apple's Arm plans with Microsoft's, as I did, and you'll likely come to quite different conclusions.

Yes, this is a strategic move for Apple, where an Arm-based computing device in a laptop form factor is a perfect fit. But the move has almost nothing to do with power consumption or per-CPU pricing or performance. It's much more about filling a hole in Apple's product lineup and expanding its high-margin services business.

Meanwhile, in Redmond, the slow push toward Windows on Arm is not strategic. There's no technical advantage to running Windows on Arm, nor is there an ecosystem of Arm-based apps that are ready to run on such a device. Microsoft's future is much more tied to selling cloud-based apps and services to run on whatever screen their customers happen to have in front of them. Indeed, Microsoft will certainly see orders of magnitude more revenue from its services running on Apple's Arm devices than it will generate from Arm-based Windows PCs.

This is, ironically, one of those cases where Apple is not exactly innovating. In fact, an uncharitable observer could argue that Cupertino is copying its archrival Microsoft, which ported its flagship desktop operating system, Windows 10, to Arm designs several years ago.

But engaging in a game of Who Copied Whom, while effective at riling up platform fanatics, misses the point completely. Instead, look at how these shifts in technology fit in the two companies' respective business models, as laid out in the most recent quarterly reports from both firms.

The case for an Arm-based Mac

Apple is, first and foremost, a hardware company, but the overwhelming majority of that hardware is small enough to fit in your hand. The iPhone, iPad, and wearables (primarily AirPods and Apple Watch) bring in 10 times as much revenue as the Mac business. Old-timers may think of the Mac product line as a precious Apple asset, but it's a legacy business these days.

Don't believe me? Just look at this chart, which breaks out the sources of Apple's revenue for the six-month period ending March 31, 2020. I've combined the Arm-based products, iPhone and iPad, into a single category.

As you can see, the Mac product line represents only a tiny fraction of Apple's business. And if you look back over the past five years, you'll see that the share of revenue from the Mac has consistently been below 10%. Actual Mac revenue for this period was less than the same period in 2015, even without adjusting for inflation. (Apple stopped reporting unit sales for its product lines at the beginning of 2019, so it's no longer possible to compare unit sales for individual products.)

Increasingly, over that period, Apple has been positioning its iPad line as the real successor to the Mac, adding touchpad support and a keyboard option for the iPad Pro that turns it into something resembling a laptop. And there's nothing subtle about that pitch, as the iPad landing page makes clear:

The Arm-based Mac addresses a noteworthy gap, aiming squarely at customers who like the huge app ecosystem available on an iPad but occasionally need to use desktop apps and, crucially, prefer a real laptop form factor over the awkward, not-quite-a-laptop configuration you get when you snap on a keyboard accessory.

And there's another reason for Apple to make a Mac that can run iPad apps. Over the past five years, revenue in the Services segment has exploded. This is incremental revenue with a gross margin that is twice as high as the gross margin from hardware. Adding iPad app support to Arm-based Macs means those devices can more easily contribute to that revenue stream.

Macs built on the x86 architecture aren't going away, as Apple has made clear. (In its press release announcing the transition to Apple silicon, the company said "Apple will continue to support and release new versions of macOS for Intel-based Macs for years to come, and has exciting new Intel-based Macs in development.") But it's likely that a few years from now the only Intel-based devices Apple sells will be high-end workstations targeted at the needs of a small cadre of creative professionals willing to pay a premium for that processing power, especially with high-end GPUs working alongside the CPU.

For the affluent consumers and independent professionals that make up the core of Apple's market, an Arm-based Mac-iPad hybrid in a laptop form factor is a perfectly reasonable choice.

What about Windows on Arm?

Microsoft isn't a hardware company like Apple. Sure, it has a Devices division that makes Surface PCs and a variety of PC accessories, but that division accounted for a mere 4.4% of Microsoft's revenues in the nine months ended March 31, 2020. (Apple and Microsoft have different fiscal years, so it's hard to line up the quarterly reports precisely.)

But Microsoft isn't built on Windows anymore, either. In that same nine-month period, Windows licensing (OEM and commercial) and related products contributed just over 15% to revenues. Even if you combine Windows and Devices, they don't add up to 20% of the company's total revenue.

Nope, these days Microsoft gets most of its revenue from the cloud, with more than 35% of that revenue coming from commercial cloud sources, a giant bucket that includes Office 365 Commercial, Azure, the commercial portion of LinkedIn, Dynamics 365, and unspecified "other commercial cloud properties."

As I noted earlier, Microsoft has been developing Windows on Arm-based PCs, but the effort sometimes feels more like a science project than an actual business. The existence of the Surface Pro X is proof that the operating system runs, and Microsoft has managed to convince a few of its OEM partners (Lenovo, HP, and Samsung, but not Dell) to ship PCs that run Windows on Qualcomm SoCs.

But those Arm-based PCs aren't going to win gold medals for performance, and the current x86 emulator has enough limitations that it's hard to see why anyone would willingly use one of those curiosities as their primary PC. Crucially, there's no deep bench of apps from the Microsoft Store that can expand that PC's capabilities the way Apple's App Store will expand the Arm-based Mac's power.

It's telling that Microsoft's most serious investment in Arm-based devices isn't for a PC but rather for a new Android-powered device, the Surface Duo. The dual-screen Surface Neo tablet, due to run Windows 10X, will be powered by an Intel CPU.

Today, if you want to run Office 365 on an Arm-based Windows PC, you download the 32-bit x86 code and run it in the emulator. If you try to install the 64-bit version, you're stopped cold with this error message:

Meanwhile, Office developers have apparently devoted serious resources to porting the corresponding Office Mac apps to Arm so they can run as native 64-bit apps on the new Macs.

All of which proves one big point about Microsoft: The company is more interested in getting its Office apps and its cloud services on your screen, regardless of what sort of device that screen is attached to. That philosophy (which would have been heresy at One Microsoft Way a decade ago) is why Microsoft has survived and thrived despite big fumbles in mobile computing.

In short, PCs are just another screen in Microsoft's cloud-centric world, and if some of those screens are being driven by Arm SoCs, well, that's fine. But it isn't strategic.

Ironically, when Apple completes its transition to its own silicon in two years, it will have accomplished a goal that Microsoft tried and failed to achieve with its Universal Windows Platform at the dawn of the Windows 10 era. The goal was to give developers a common platform on every device that runs Microsoft's flagship operating system, including smartphones, tablets, personal computers, wearables, and entertainment devices.

Apple must have been taking notes.

Virtualization
How I installed ChromeOS Flex in 30 minutes